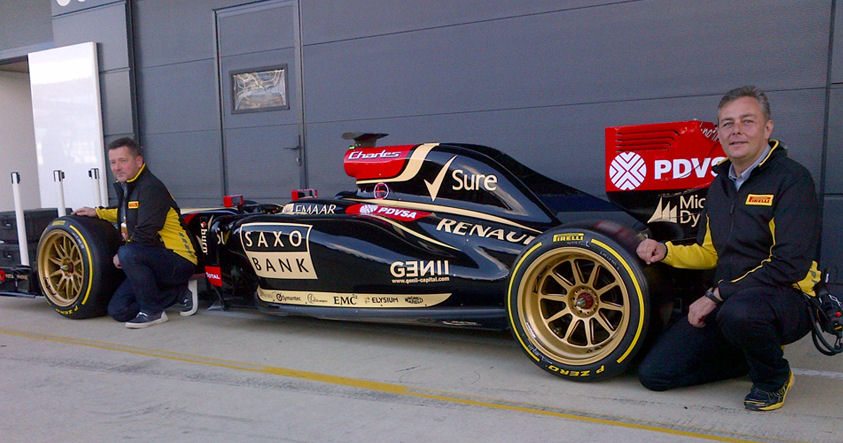 Give an inch, and Pirelli will make its F1 tyres even larger. In the video it released to introduce the 18-inch size it later tested at Silverstone, Pirelli stated that “the new 18-inch tyre represents a starting point for future evolution. This technology could lead to even bigger sizes in years to come.” Crash.net suggests that we may not have too many years to wait for even larger F1 tyres, and says words to this effect come from no less an authority than Paul Hembery.

The Pirelli motorsport director told Crash.net the tyre maker is more interested in the 19-inch size than the 18-inch, even though the latter could be read for use in 2016. “We are doing a lot of work – probably focusing on 19-inch now, if I am really honest with you,” Hembery said. “We are carrying on our work internally on those developments and so from our point of view it goes ahead.”

Larger F1 tyres, whether 18 or 19-inch, will only be introduced with the consent of the Formula 1 teams. Paul Hembery is well aware that their implementation would require significant vehicle modifications. “I believe quite big changes would be needed to adapt to a product that is so substantially different,” he commented after Lotus F1 Team reserve driver Charles Pic tested the 18-inch tyres at Silverstone on 9 July. “We confirmed what we knew: you have more rigid sidewalls, so you do have an integrity challenge; the car’s sensitivity to camber will be very high; the front tyre will create a very aggressive turn in; there will be big variations in pressure.”