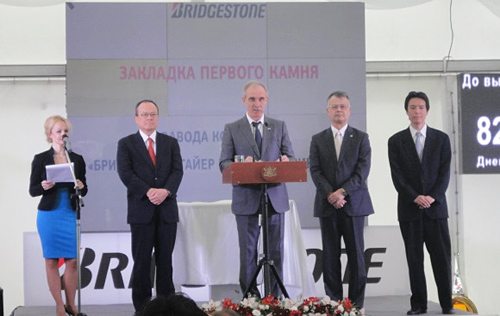 Almost a year after Bridgestone’s plans to establish a joint-venture factory in Russia’s Ulyanovsk Oblast region were made public, groundbreaking was held at the site of the tyre maker’s future passenger car radial factory on 1 April. The facility will be erected on an 81 hectare site around 900 kilometres (560 miles) southeast of Moscow, and production is expected to start in the first half of 2016. Plant output estimated to reach approximately 12,000 units a day by the second half of 2018.

Ceat radial production getting a boost in Sri Lanka