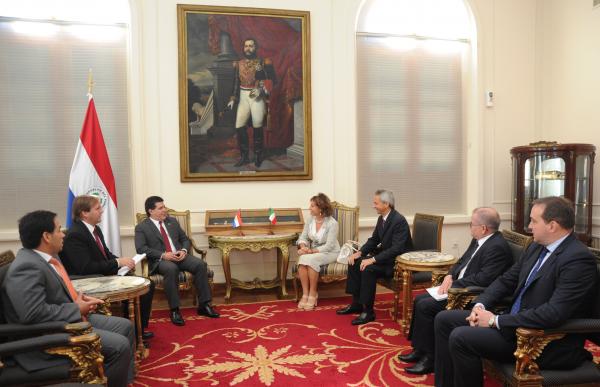 Pirelli intends to establish an office in Paraguay, and may use this as a starting point for establishing a greater presence within the country. The official website of the President of Paraguay, Horacio Cartes, reports that the head of state met with Pirelli Latin America executive president Paolo Dal Pino at the Government Palace in Asunción yesterday. Dal Pino was accompanied by Italy’s ambassador to Paraguay, Antonella Cavallari.

Dal Pino said Pirelli will open an office in Paraguay’s capital in order to analyse the country’s structure, tax system and its integration with Mercosur. He commented that the meeting with Cartes was very successful and that he sees a good future in the country: “We spoke about the possibility of pressing forward with business in Paraguay.”