You are here: Home1 / Events

The 4th FTire User Meeting is set to take place 11-12 September at fka in Aachen, Germany. According to the organisers, it is “the ideal platform for all users and developers to get together and discuss their experiences related to all kinds of FTire applications in the CAE process chain, the implementation in HiL test rigs as well as latest findings from automotive research projects or FTire interfacing with third party simulation environments. 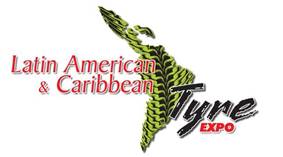 The Latin American & Caribbean Tyre Expo is marketed as the leading tyre show in Latin America and the Caribbean and organisers invite you to “expand your market in this region by becoming an exhibitor today.” For more information, contact 786-293-5186 and visit www.latintyreexpo.com. No related posts. 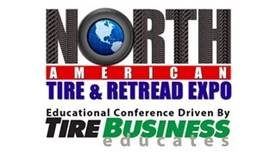 According to the organisers, The North American Tire & Retread Expo is “the show that with your support will become the premier tyre and retread expo in North America!” For more information, contact 786-293-5186 and visit www.usatireexpo.com. No related posts.

Reifen China originated from Reifen in Essen, Germany, which has been running every two years since 1960. Reifen show is the largest professional tire fair in the world today after going through half a century of continuous development. In 2007, the Asian Essen Tire Show was officially launched in China through the cooperation of China […]

This year the China International Tire Expo returns to Shanghai for the 14th time, and 2016 is a significant year for the show as it represents the start of a new era. Instead of taking place at the Shanghai Everbright Convention & Exhibition Centre, where it has been held for the past decade, on 26 […]

The third edition of GRTE 2016 (the Global Rubber, Latex & Tire Expo) will be held at the Bangkok International Trade and Exhibition Centre between 9 and 11 March 2016 in Thailand in association with China United Rubber Corporation (CURC). According to the event’s organisers TechnoBiz, GRTE aims to be “a special meeting point for […]

Automechanika Shanghai sees Asia’s largest trade fair for automotive parts, accessories, equipment and services move to a new location - the National Exhibition and Convention Center, Puxi, Shanghai. The event, which will be held 2 – 5 December 2015 hopes to capitalise on the expanded venue with 280,000 square metres of exhibition space, up 27 per cent from 2014. Indeed the Parts & Components sector will expand exhibition space to 146,000 sqm alone.

Show organisers Messe Essen and CURC described Reifen China 2013 as a total success when it comes to showing tyre, wheel and garage equipment. The show is said to have occupied a total area of 11,500 square metres, 15 per cent more than one year ago.

The US Tire Industry Association (TIA) is to host a Global Retread Symposium on Wednesday, 4 November 2015, from 3pm – 5pm during the Global Tire Expo at the Las Vegas Convention Center. “Our goal is to gather retread associations from around the world to discuss issues that cross international boundaries and impact the industry […] 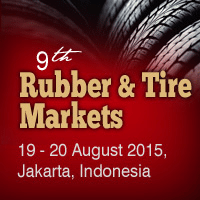 2015 marks the sixth year of the Latin American & Caribbean Tyre Expo, which runs 16-18 July 2015and provides buyers in these regions the possibility of establishing business connections with tyre companies from around the world in a personal atmosphere. 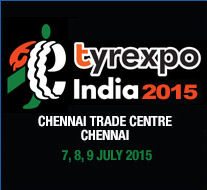 Exhibitor and visitor numbers at the second Tyrexpo India, held between 9 and 11 July 2013, are said to have increased 11 per cent compared with the inaugural show in 2011; organiser ECI International reported the presence of visitors from visitors from 67 countries. In 2015, Tyrexpo India returns to the Chennai Trade Centre for a […]