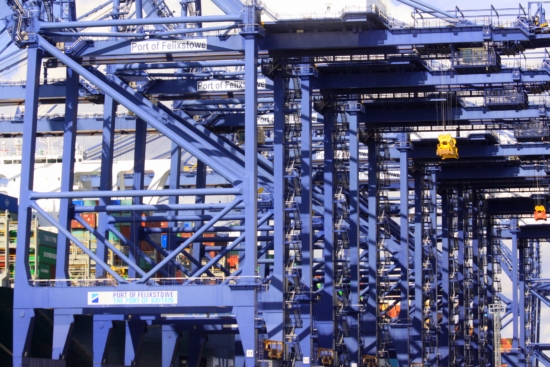 After weeks and months of mounting pressure on UK ports, the automotive industry is showing visible signs of strain. Specifically, Honda UK has halted manufacturing at its Swindon factory because it can’t get the right parts in-time to continue production. General UK tyre supply is likely to be impacted too.

Keith Burge director, Institute of Economic Development put the importance of just-in-time delivery into context: “Honda holds just one hour’s worth of parts at its Swindon factory, requiring 350 lorries carrying 2 million components to be delivered every day from other parts of Europe. The company reckons that an hour’s lost production costs it several millions of pounds.”

Confirming widespread news reports, a Honda UK spokesperson commented: “Honda of the UK Manufacturing (Honda) has confirmed to employees that production will not run on Wednesday 9 December due to transport-related parts delays. The situation is currently being monitored with a view to re-start production as soon as possible.”

Currently ports are facing a perfect storm of problems. And with the vast majority of the UK’s tyre demand being imported, the impact of the growing pressure on ports will inevitably hit the tyre business too.

In terms of disruption, the Covid-19 pandemic, which itself is a multifaceted problem, is an obvious reason. First there’s the fact that restriction of movement has caused increased pressure on the delivery end of the logistics business. At the same time, social distancing and enhanced hygiene measures have slowed down the process of unloading ships. One tyre distributor told Tyres & Accessories of 300 per cent increase in shift changeover time due to increased cleaning in loader/crane cabs at ports. All of this was exacerbated by the thousands of containers of PPE the government imported and left at the port of Felixstowe (Britain’s largest port) for weeks.

Before the pandemic, there was already talk of mounting pressure on the port system due to Brexit. Those problems haven’t completely manifested owing to the fact that deal talks have been continuing throughout the year. Now, however, as discussions between the British government and the EU are at the 11th hour, that pressure is only likely to get worse.

The BBC reports that Honda is looking at air freight in order to address its supply problems. This makes a limited amount of business sense when the factory is otherwise losing millions of pounds an hour. However, when it comes to tyre production and distribution, it is unlikely that air freight will be the answer. And all of this means 2021 will at least see UK tyre supply squeezed, but there are also legitimate concerns of shortages.

Exide: Tips for a healthy battery this winter