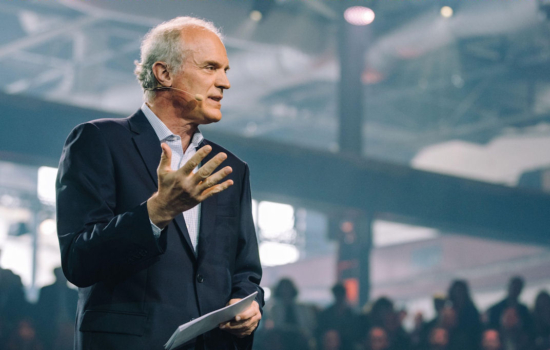 France’s government has launched a national hydrogen strategy valued at seven billion euros, and aims to build up capacity for hydrogen from non-fossil sources by 2030. Michelin applauds this step and has reiterated its commitment to its own goals in this field. The company says its work here will mean a “significant share” of its business will be non-tyre related in a decade’s time. Fabio Ferrari, co-founder of Symbio, is tasked with leading the development of Michelin’s Hydrogen Mobility strategy and supporting its deployment.

“The announcement of this plan is a major step in the development of a French hydrogen industry of excellence,” says Florent Menegaux, chief executive officer of the Michelin Group. “Michelin is convinced that hydrogen mobility will be one of the essential components of clean mobility, complementary to electric batteries. However, hydrogen reaches far beyond mobility: it is a very interesting solution for combating CO2 emissions and air pollution. Through its flexibility of production and use, hydrogen is becoming essential to the energy transition. In particular, steel production, chemicals, district heating, and of course transport can now be carbon-free thanks to this element. It is also, by far, one of the few technologies promoting industrial and energy sovereignty for Europe. For all these reasons, hydrogen is a strategic growth area for Michelin. A significant share of the group’s business will effectively be non-tyre related in ten years’ time.”

Among the priorities presented by the French government, the development of hydrogen for business travel solutions will enable Michelin to accelerate its development projects.

Michelin is already involved in hydrogen mobility through Symbio, its subsidiary co-owned with Faurecia. The new measures will allow Symbio to become a hydrogen fuel cell system world leader with a target turnover of approximately 1.5 billion euros by 2030. Symbio’s future European industrial site will be located near Lyon and will create hundreds of jobs in the area.

With regard to large-scale regional hydrogen hub projects, Michelin intends to accelerate its development with industry stakeholders. The Group is a pioneer with Zero Emission Valley, the first European initiative to deploy hydrogen mobility on a regional scale (Auvergne-Rhône-Alpes). This project provides for the installation of twenty stations powered by green hydrogen and the deployment of 1,200 hydrogen vehicles for business use by 2023. For this project, Michelin becomes a shareholder of Hympulsion, the company in charge of installing and operating the twenty stations, alongside Engie, the Auvergne-Rhône-Alpes region, the Caisse des Dépôts, and Crédit Agricole.

Michelin is also taking a number of other actions to facilitate the deployment of hydrogen mobility, including motor racing which the Group considers an essential laboratory for innovation and technological showcase. As such, in June 2020, the Group and Symbio became partners of the Mission H24 project which aims to apply hydrogen technology to endurance vehicles competing in the 2024 24 Hours of Le Mans.

In France and worldwide, Michelin strives to bring all hydrogen ecosystem stakeholders together. The Group is particularly involved in Europe as a member of Hydrogen Europe, the association for hydrogen manufacturers in Europe, and the European Clean Hydrogen Alliance bringing together industry stakeholders at the European Commission’s initiative.