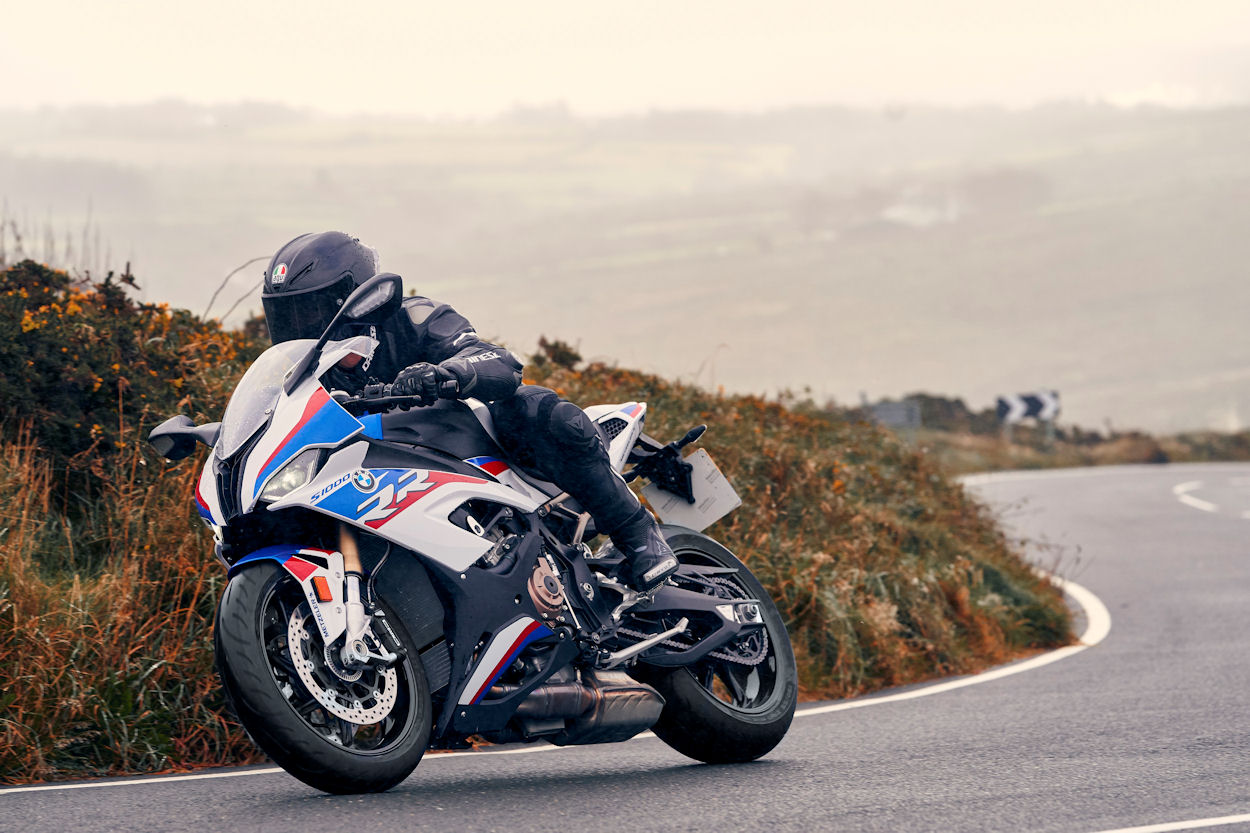 Metzeler has introduced a successor to its Sportec M7 RR supersports tyre. Called the Metzeler Sportec M9 RR, the new arrival claims a developmental heritage that benefits from road racing experience. Supersports and naked bike riders who chose the M9 RR will find dual tread compounds in both the front and rear tyres and a pattern based on ‘Pi’ that lends itself to quick warm-up times and maximised water evacuation when riding in the wet.

Both front and rear Sportec M9 RR tyres feature full silica shoulder compounds. Metzeler says these compounds were derived from racing-rain technology and have been refined to stabilise their behaviour at high temperatures. The compounds used in the tyre’s centre are full silica as well and are a new formulation. Full Silica compounds are used to improve warm-up time, the level of mechanical grip on a wide range of road surfaces and chemical grip in wet conditions.

Rear tyre compounds are arranged using a ‘cap & base’ scheme that consists in overlaying the two lateral bands in the soft compound, which provides grip when cornering, on a layer of harder compound that ensures constant performance and thermal balance. In order to improve mileage performance, the latter compound also forms about 50mm (equal to 25 per cent of the entire section) of the tyre’s central band. Metzeler says it has increased silica content in the rear tyre’s central band by 24 per cent compared to Sportec M7 RR.

The front tyre uses the same compounds as the rear to guarantee a homogeneous response and perfect pairing between the two tyres. The central compound makes up about 33 per cent of the tread section.

Don’t worry if talk of tread pattern design is all Greek to you – in this instance, this isn’t a bad thing. Metzeler shares that the tread design it used for the M9 RR “recognises the features of the Pi (π)”. We’re not exactly sure what this means, but the tyre maker explains that the grooves of Pi allow a certain degree of mobility to the portion of the tread they delimit, resulting in improved warm-up times, even at low temperatures. They also serve to maximise the volume of water evacuated when riding in the wet.

The Sportec M9 RR inherits the Racetec RR central claw grooves from technology Metzeler developed for road races, such as the Isle of Man TT (won on Racetec RR slicks in 2019) and the North West 200. The tyre maker designed these grooves in the central band to improve directional stability on the straight and to aid the evacuation of water from the contact patch area in the wet.

Metzeler says the tyre’s tread pattern is designed for excellent water evacuation up to a 30-degree lean angle, while beyond this point the shoulder reaches void/fill ratios close to those of a Race Replica tyre. It designed the shoulders of Sportec M9 RR to be slicker than those of its predecessor in order to improve support and lateral thrust at maximum lean angle, where the function of water evacuation is no longer necessary.

Metzeler’s engineers designed a rayon structure for the Sportec M9 RR that is six per cent stiffer than that of its predecessor. It is characterised by a lower density and the use of a greater quantity of rubber compound. The aim of the latter’s damping capacities is to improve ride feeling, while when riding at higher speeds the benefits of this structure are high thrust values and greater responsiveness and driving precision.