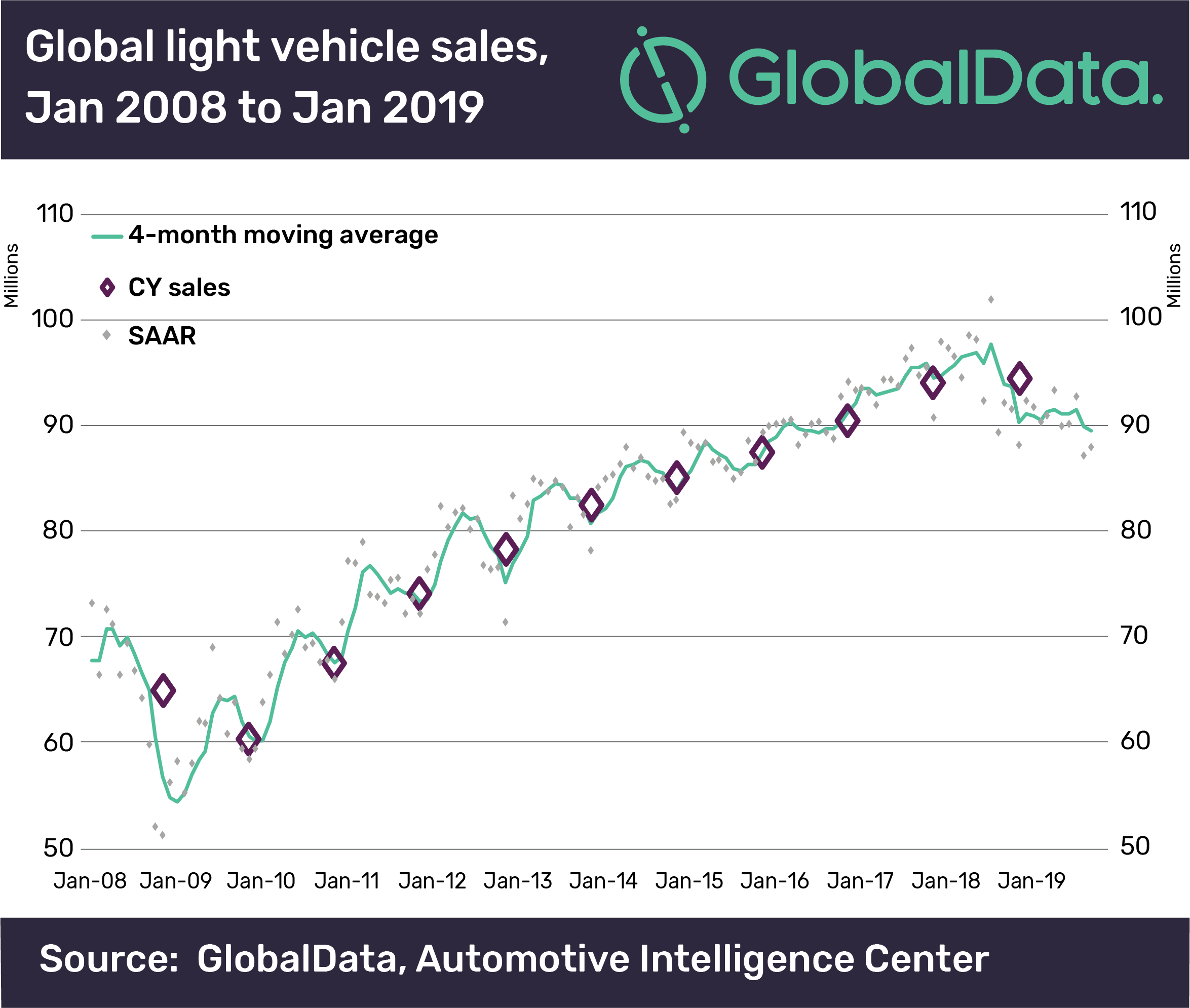 While the established Triad markets of the US, West Europe and Japan all largely sustained volume in 2019, it was the developing markets of China and India, where automakers have placed substantial bets to try and alleviate the pressures of competing in mature low-growth Triad markets that bore the brunt of the decline. China’s sales fell 9.4 per cent to 25.4 million, its lowest level since 2015. In India, meanwhile, sales declined by 10.3 per cent to 3.53 million.

The global picture is not likely to change substantially in 2020. Analysis of seasonally adjusted annualised rate (SAAR) figures for the final quarter of 2019 point again to a stagnant global market, with sales around the 89 million level again looking likely. Indeed, China’s SAAR rate in the final quarter of 2019 – at an average level of 23.9 million – signals that a further decline of around 1.5 million units could be the outcome for 2020. Conversely, India’s market looks to have turned the corner in 2019 Q4, with an average SAAR of 3.74 million observed.

Calum MacRae, director of automotive product development at GlobalData, comments: “China’s continuing weak outlook will no doubt see many question the long-term outlook for the China market. While the market faces many headwinds including vehicle registration limits in urban areas and spectacular growth in shared mobility led by Didi Chuxing, it remains that 2019 was an insipid year for the country’s economy at large. GDP growth at 6.1 per cent was the lowest level recorded in 29 years and that weighed heavily on vehicle sales. Longer-term the country still has considerable upside, it just may not be at the 35-40 million level that historic regression models suggest thanks to the encroachment of shared mobility. However, significant opportunity still remains in China’s inland cities.

“Aside from China, the timing of this global downturn, while never good, comes at a particularly inopportune time for the industry. China’s been a significant profit driver for the sector, profits that have been diverted in recent times by OEMs and suppliers alike in addressing the disruption that the CASE mega themes threaten the sector with.”