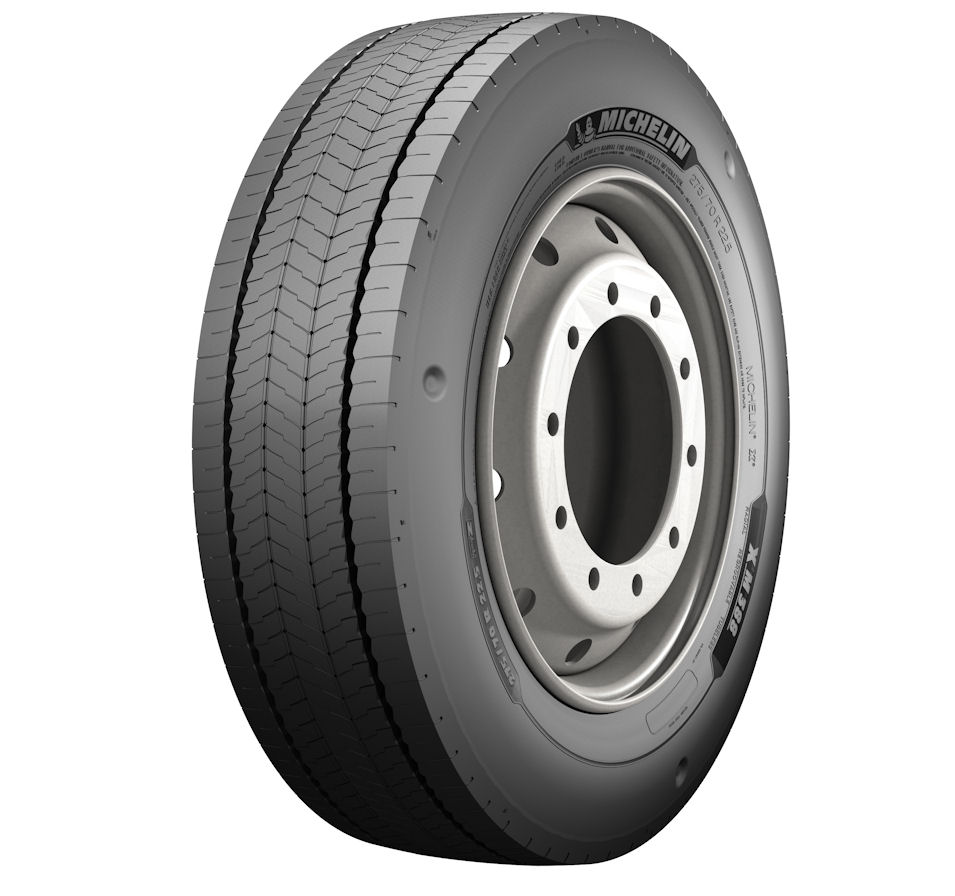 Although numerous manufacturers are currently engaged in testing with major customers, electrification hasn’t yet come to the commercial vehicle segment in a significant way. The exception to this is bus transport. China has taken the lead here, with some 400,000 electric buses – at least a tenth of China’s bus parc and 98 per cent of the world total – plying the country’s urban areas. And while (according to Wood Mackenzie) just 3,700 electric buses were in service across Europe last year, just 0.5 per cent of the region’s total bus fleet, this figure is rising. Tyre makers are following this trend closely.

Michelin is one such tyre maker. The company is presenting its latest tyre for electric vehicles at this month’s Busworld Europe show in Brussels.

The new Michelin X-Incity Energy Z is the first 275/70R22.5 tyre with an axle load of eight tonnes. This greater load capacity will allow future generations of electric buses to increase their capacities.

Numerous studies suggest that 50 per cent of all buses will be electric in the 2030s. The goal currently set by the EU is for at least a third of new bus purchases to be ‘clean’ vehicles by 2030. But this change towards more sustainable mobility is not without its problems, one of which is that batteries suitable for daily urban use increase a bus’s overall weight. The current tyre limitation of 7.5 tonnes per axle obliges manufacturers to make compromises on the bus’s autonomy or its passenger capacity. The alternative has been to go beyond dimensional standards by accepting bigger tyres, the only ones today that are able to withstand the additional load.

The Michelin 275/70R22.5 152/148J X-Incity Energy Z tyre is Michelin’s answer to these new challenges. This tyre is constructed in such a way that for a maximum axle load of eight tonnes with a load index of 152/148 while retaining the standard dimension of 275/70R22.5. Thus, it can be fitted either on the drive axle or the steer axle. Its casing is strengthened with special cables. The specific design of its tread and sidewall is optimised to bear the demands of city traffic, to reduce noise and rolling resistance.

“This innovation will open new perspectives for electric bus developers,” says Jean-Matthieu Bodin, marketing manager Trucks & Bus Michelin Europe. “Thanks to the Michelin X-Incity Energy Z tyre, several constraints will disappear and will allow for a more sustainable urban mobility, with electric buses having the same capacity as current ones. In fact, an additional axle load of 500 kg means more battery autonomy and buses not having to reduce the number of passengers.”

This new, retreadable tyre also meets every requirement imposed by its urban utilisation. Designed to endure abrasion, pavement shocks and branded M+S and 3PMSF, it aims for excellent grip in any weather condition. Moreover, the use of ‘Regenion’ technology will ensure grip performance throughout its lifespan is retained. The new Michelin X-Incity Energy Z tyre is aligned with Michelin’s group strategy to offer consumers outstanding performances in safe conditions throughout their lifespan.