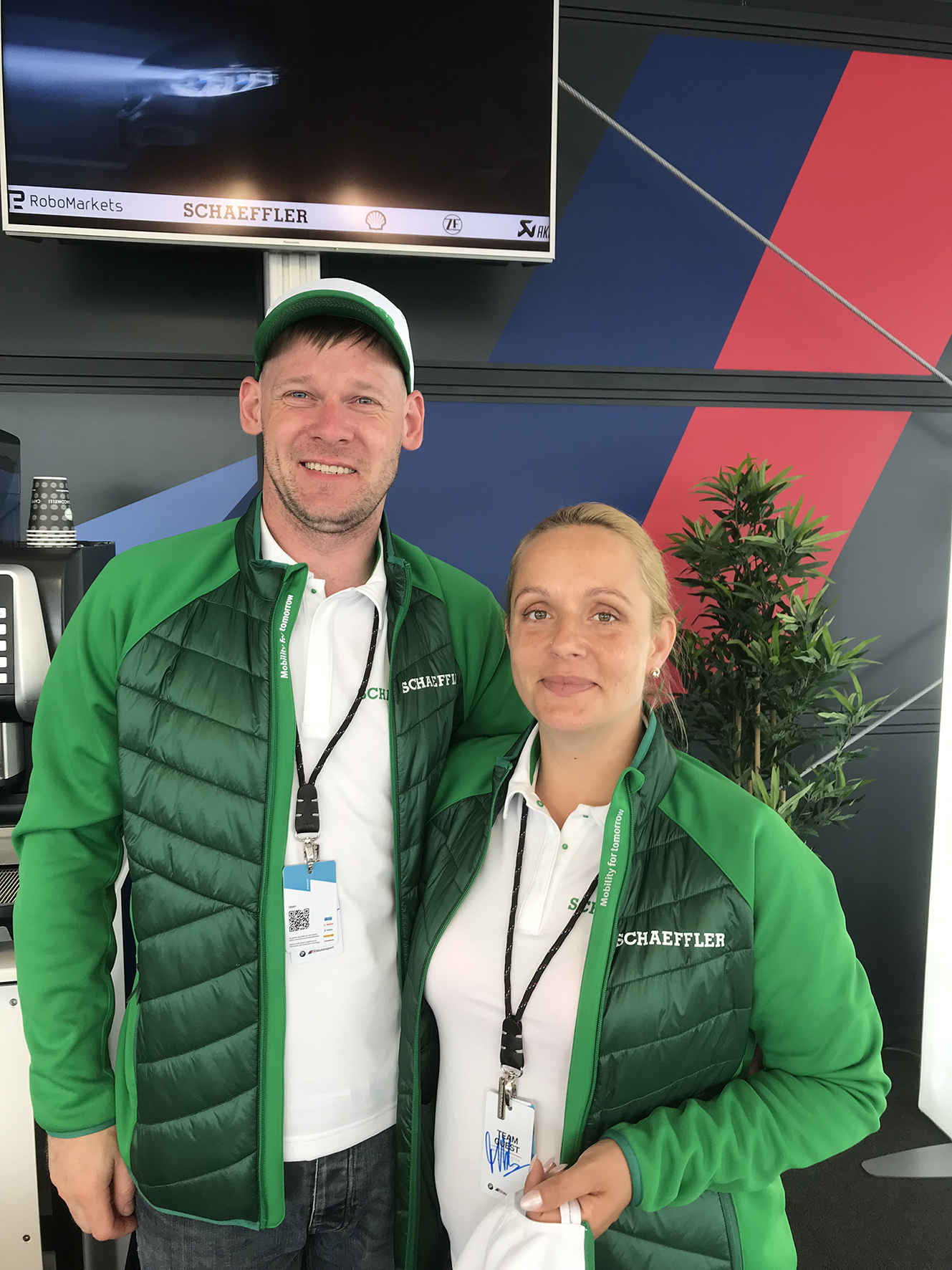 Repxpert member, Eddie Nazarov and his wife, Innes, witnessed a Schaeffler victory during round-six of the DTM Championship

Winner of the INA Torque Challenge at Automechanika in June, Eddie Nazarov, enjoyed a fantastic weekend at Brands Hatch, where he and his wife, Innes, witnessed a Schaeffler victory during round-six of the DTM Championship.

Nazarov, a Repxpert member, and Innes were guests of Schaeffler and BMW at the InterContinental Hotel at the O2 in London, from where they were transferred to Brands Hatch to watch Marco Wittmann clinch his fourth win of the season in the Schaeffler BMW M4 DTM after starting race one from pole position.

Despite the rain showers and strong winds, Wittmann was able to navigate his M4 around a greasy track and adapt to the challenging conditions, holding off René Rast in the closing stages to win by less than a second.

While race one clinched BMW M Motorsport’s sixth win of the DTM season, race two on Sunday was a challenging one, as Wittmann, who started from 12th following his victory and pole position on Saturday, risked a second pit-stop in an attempt to make rapid progress on fresh tyres; however, it wasn’t to be for the German driver, as he finished 10th but still scooped valuable points in his DTM title bid.

Sunday’s disappointing performance didn’t dampen Eddie and Innes’s spirits, though, as they were still buzzing from meeting Wittmann in the paddock to get their Schaeffler and BMW goodies signed before watching him top the podium on Saturday.

Eddie Nazarov said: “Everything has been fantastic, especially meeting Marco and watching him win on Saturday. The Schaeffler and BMW staff looked after us for the whole weekend, making sure that we both had a great time. It was simply amazing.”