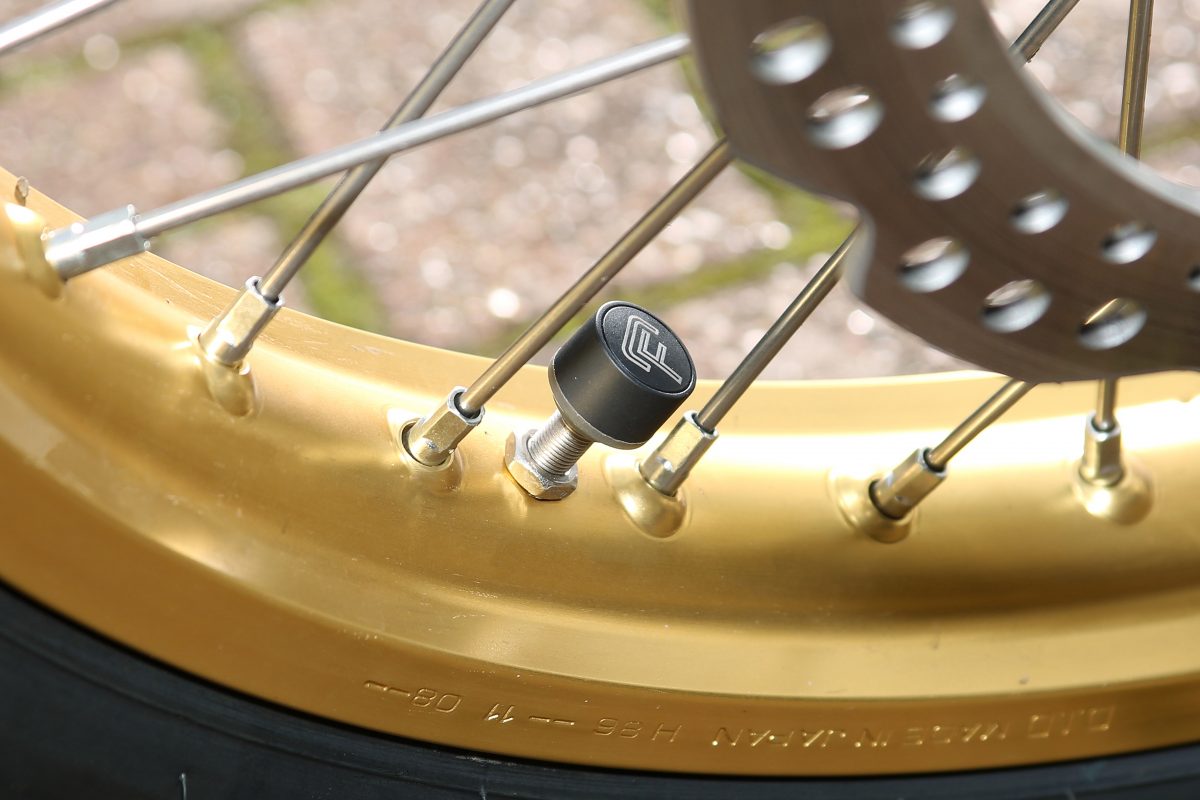 British technology firm Fit2Go TPMS, a global licensee for Michelin, has launched its first tyre pressure monitoring system for motorcycles, mopeds and scooters – introducing new levels of safety for riders for whom tyre condition is critical. The Michelin TPMS – Bike is a ‘plug & play’ retrofit kit that comes as standard with a magnetic display mount, inductive charger and two sensors, replacing the original valve caps. It brings the same direct TPMS technology already launched for the passenger car and commercial vehicle markets to two-wheels for the first time.

Designed to detect a tyre in distress through loss of pressure, fast leakage or an increase in temperature – often the sign of an impending blowout – the display provides a highly visual alert and identifies the wheel affected.

Fit2Go TPMS says it could significantly reduce the number of motorcycle accidents for which illegal, defective or under-inflated tyres are a contributary factor. The Department for Transport (DfT) has recorded 130 such accidents in Britain between 2015 and 2017, making it the second most common vehicle defect contributing to accidents after defective brakes.

The wireless system, which does not need any programming, features a compact LCD screen which fits into a magnetic mount placed on a prominent part of the bike. The fully sealed and buttonless device can be easily removed for security when parking unattended and is small enough to fit in a pocket.

The display offers a battery life of up to three months, with the addition of a USB-powered inductive charger making it simple to top-up when the battery is running low. Once fitted, it displays the pressure of both tyres, with the option of switching from psi to bar, while toggling between front and rear at set intervals, eliminating the need for riders to carry a separate pressure checker.

Gary Broadfield, group managing director of Fit2Go TPMS, says: “Whatever kind of motorcycle, moped or scooter you ride, you want to have absolute confidence in your tyres – yet few bikes offer any kind of on-board TPMS.

“Riding on incorrectly inflated rubber or suffering any kind of tyre failure on a motorbike can be catastrophic. Our system continually monitors both tyres and provides precise pressure readings, unlike indirect systems which typically only offer estimates via the bike’s brake sensors.

“In the event a tyre issue is detected, the rider will see a prominent visual alert on the display unit – which flashes as brightly as the torch on most mobile phones.”

The Fit2Go technology provides early low-pressure warnings if a tyre becomes under-inflated by 15 per cent, an enhanced alert when the pressure either drops by 25 per cent, or should the tyre be over-inflated by 35 per cent or more. It will also alert the rider to high tyre temperatures or fast leakage (at least 2 psi per minute) – a nightmare scenario for any rider, particularly at speed.

At the same time the firm is launching Michelin Tyre Pressure Checker – an ultra-affordable option for those who simply want access to precise pressure readings within seconds, and without needing to connect a pressure gauge to the valve, which is unhygienic and removes air from the tyre.

The system works by fitting an NFC-enabled pressure sensor to replace the current valve caps on each tyre. To get a pressure reading, you simply hold a pressure checker (which fits on a keyring) against the sensor to determine the precise pressure, accurate to within 1.5 psi. There are no batteries in the sensors, and the pressure checker device can be recharged via the supplied USB cable. What’s more, as well as being compatible with scooters, mopeds and motorbikes, the Michelin Tyre Pressure Checker can be used on bicycles, cars, 4x4s, vans and towed trailers too – with four sensors included in each pack.

Underinflated tyres can seriously affect a motorcycle’s handling as they become deformed, reducing contact with the road and risking the tyre being pulled off the rim. The tyres are also more likely to overheat or be damaged by debris, whilst over-inflation can lead to uneven wear, reduced handling and poor ride comfort.

Both new systems can be fitted within minutes and come with a 12-month warranty. They are available to purchase directly from www.fit2gotpms.com and major retailers including Amazon and Ebay.

Fit2Go TPMS has also just launched its latest generation system for passenger cars. The Michelin TPMS enables drivers to monitor up to eight tyres on a single journey, including the tyres on towed trailers and caravans.