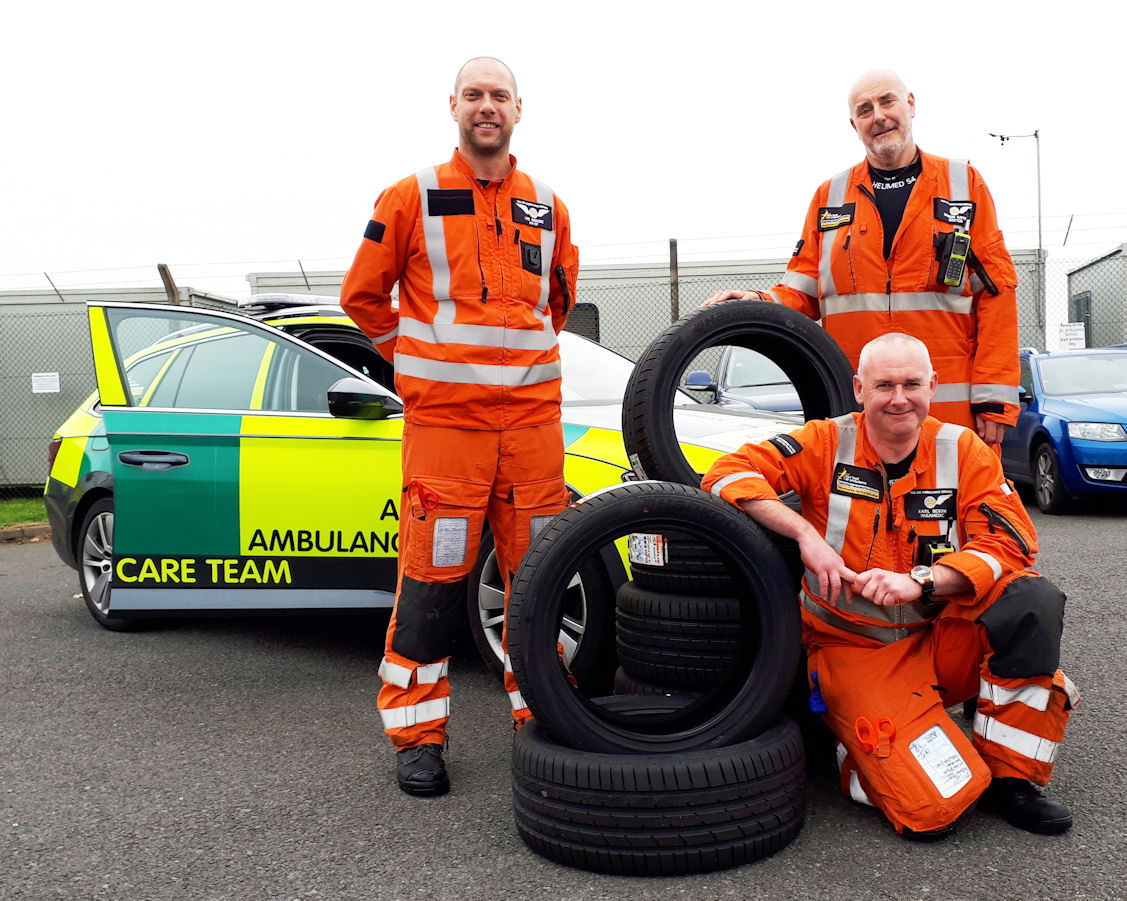 Hankook Tyre UK has confirmed its continued support of the Air Ambulance charity, a partnership that began with a donation of tyres in 2017. Since then, Hankook Tyre UK supported the charity through tyre donations and by arranging multiple fundraisers, both internally and during popular company events. It has also made Air Ambulance its dedicated charity of choice.

Air Ambulance is funded solely by public donations. During daylight hours, two helicopters fly rescue missions across the five counties of Northamptonshire, Warwickshire, Derbyshire, Leicestershire and Rutland. When the darkness of night sets in, the Air Ambulance’s Rapid Response Critical Care Cars are relied upon to take over. It is imperative that the vehicles are fitted with robust, quality tyres that are able to cope with high speeds and occasional off-road journeys.

To date, Hankook has provided 24 tyres to the Air Ambulance for their Critical Care Cars. “The contribution Hankook have provided so far has enabled the charity to continually save lives around the community, with peace of mind that all teams are travelling on safe, reliable tyres. As a company who are passionate about supporting local communities, Hankook are honoured to support a charity which provides life-saving, emergency services to those in the surrounding counties,” shares Hankook in a statement.

Hankook says it is looking forward to further supporting the Air Ambulance in 2019. Alongside donating any tyres required by the Air Ambulance, Hankook will strive to raise more monetary donations in 2019 than ever before.

“We are so delighted to have received the very generous donations from Hankook for our Rapid Response cars, which are a very important part of our response to the community we serve. Having the tyres to hand proved very well timely with a recent puncture,” said Jo Payne, Air Ambulance’s national partnerships manager. “We were able to fit a new tyre and were back on the road in under 30 minutes. Gifts in kind are a great way to help our charity, save the charity vital funds, with each mission coasting on average £1,700, and we look forward to working Hankook again in the future.”