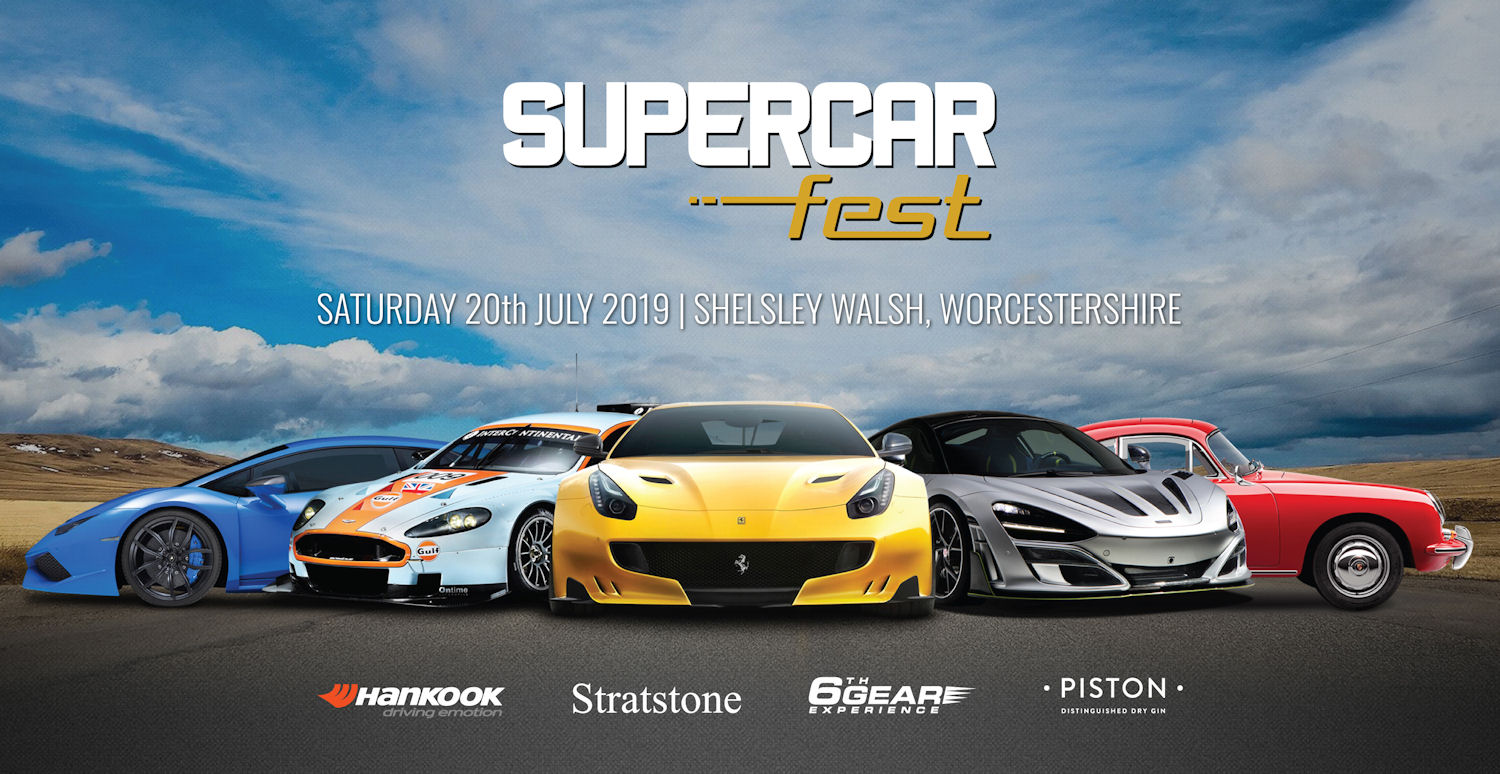 Hankook Tyre UK has been named official tyre partner to this year’s Supercar Fest, which takes place in Worcestershire on 20 July and will showcase around 150 modern and classic supercars.

The day will feature non-stop action on the famous hill with supercar, classic car and motorsport demo runs, concours d’Elégance, trade stands and live music. The new Hankook flagship tyre, the Ventus S1 Evo 3, will also be on display.

“When Hankook was approached to sponsor Supercar Fest at Shelsley Walsh Hill Climb which is the oldest motorsport venue in the world and still using the original course, we were delighted to be considered and saw this as a fantastic opportunity for us to showcase the Hankook brand and our world class tyres to motoring enthusiasts and supercar owners,” says Brett Emerson, managing director of Hankook Tyre UK. “It seems very fitting given the strong links we have in Motorsport throughout the world including DTM, Renault Euro Cup, Supercar Challenge, British F4 and Radical to name a few.”