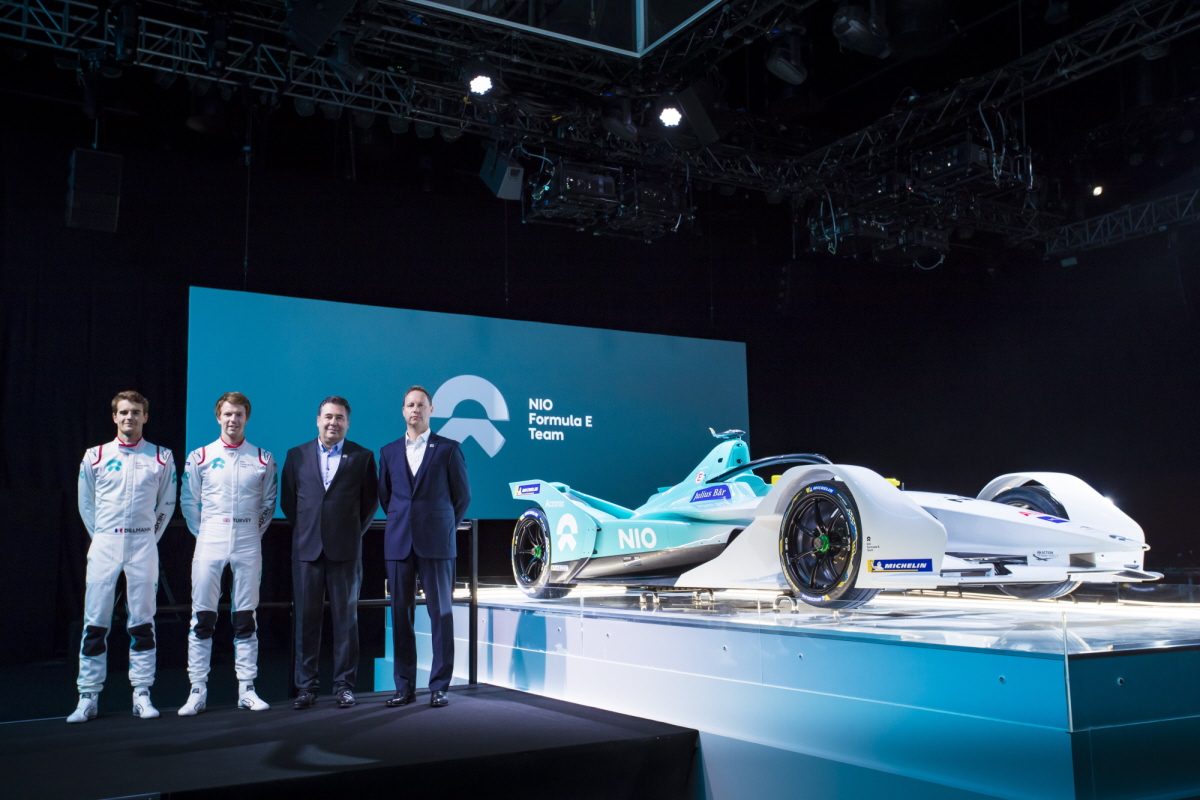 The Queen Elizabeth Olympic Park in London played host recently to the glittering official launch of the NIO team’s 2018/2019 ABB FIA Formula E Championship programme, where the squad revealed a new driver line-up for Season 5, a new official partner and, of course, a brand new car.

The line-up of Dillmann and Turvey promises an exciting season for NIO. Multiple single-seater racing champion Dillmann arrives at NIO for Season 5 with an impressive CV, including key Formula E experience gained over the last couple of years during selected appearances in the high-profile serie

Britain’s Oliver Turvey, from Penrith in Cumbria, remains with NIO for Season 5 having truly become an integral part of the team. Debuting in Formula E for the finale of the inaugural championship in 2015, he went on to secure his maiden pole position at the 2017 Mexico City ePrix. In Season 4, again in Mexico, Turvey achieved his first Formula E podium finish for NIO.

Gérry Hughes, team principal, NIO Formula E Team, said: “After an extremely busy period of Manufacturer testing over the summer months, it is of course fabulous to be able to officially launch the NIO 004 car, the race livery and our revised driver line-up for Season 5.”

Season 5 of the ABB FIA Formula E Championship gets underway on 15 December in Saudi Arabia at the Ad Diriyah Street Circuit. The season will conclude in New York City, USA, on 13-14 July 2019.