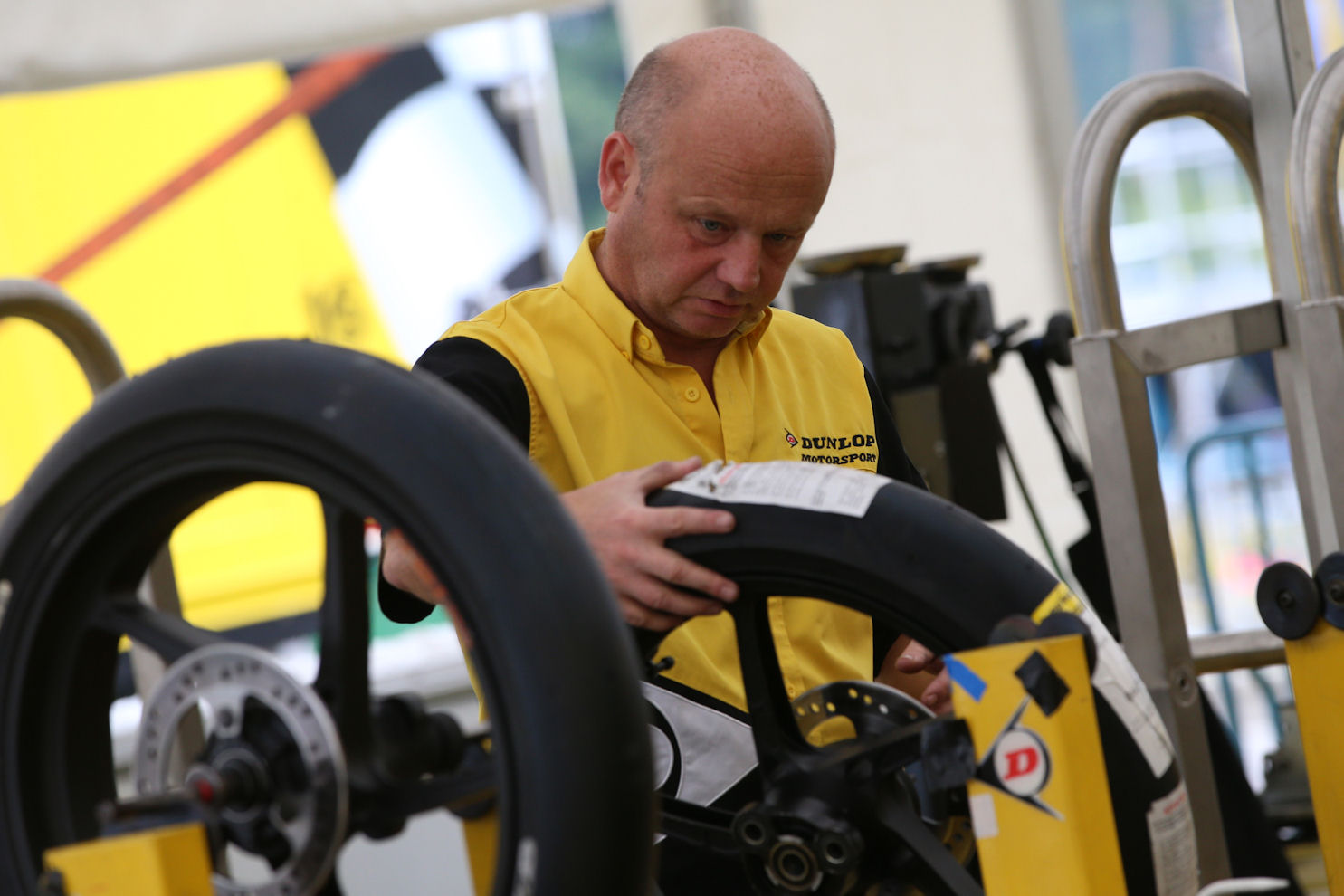 The UK round of the FIM Moto2 and Moto3 World Championships takes place at Silverstone’s GoPro British Grand Prix over the weekend of 24-26 August. The event marks the first appearance of the British Talent Cup alongside the World Championships.

Dunlop says its ethos is to support young talent coming up through the ranks by giving them the tyre knowledge and skills they need to progress. It considers the British Talent Cup the “perfect example” of this as it aims to provide a pathway to MotoGP for British riders.

To assist the riders’ progress, Dunlop provides the same product as used across the world championships. This enables the young British Talent Cup riders to understand the performance and feedback and develop with the tyres ahead of entering the Moto3 class.

Dunlop’s track support service for the British Talent Cup also equals that of the Moto3 and Moto2 classes. The track support team works closely with young riders to prepare them for the next step on the ladder, helping them to understand their tyres and how they can use them to gain performance advantages.

“The British Talent Cup is an amazing opportunity to help young British riders get ready for being in a GP environment,” says Thomas Strudwick, British Talent Cup points leader. “Working with Dunlop is great, they give you a lot of guidance and support. The tyres are a proven product in Moto3 and Moto2, so if they’re using them, it shows how good they are.

“For me, the biggest thing is the feeling when you’re on the bike, the support from the tyres allow you to go a lot quicker through the corners, especially mid-corner,” Strudwick continues. “The grip they give you is massive. It’s pretty impressive that you can have a tyre that is soft enough to get you around the track really quickly, but that’s hard enough to allow you to still push really hard on the brakes and into the corners. They allow you to be so much more aggressive into and through the corner, and that gives you massive confidence and trust in the tyres.”

Andy Marfleet, marketing director – Dunlop, UK, comments: “Dunlop is delighted to support the British Talent Cup in its search for the next crop of British MotoGP riders. Working with riders at an early age is fundamental to them gaining the necessary tyre knowledge and skills essential to progress through the ranks. We are providing our world championship products and unparalleled track support service to allow them to understand the tyres in this their formative season. Identifying how they can use their tyres to gain performance advantages will prepare them for Moto3.”

In addition to being control tyre supplier to the intermediate and lightweight classes, Dunlop also provides the tyres for the Red Bull Rookies Cup, and both European and Asian Talent Cups. Dunlop also features strongly in Motostar which runs alongside the Bennetts British Superbike Championship. This is open tyre competition where many teams choose Dunlop’s world championship product to prepare riders as they progress into Moto3.

Debuting this year, the British Talent Cup serves as a stepping-stone to bring riders from the British Isles onto the world stage. The inaugural season is being contested by 23 riders, all aged between 12 and 17 and racing on Honda NSF250R Moto3 bikes. The Silverstone round is the fourth of the six-event series.