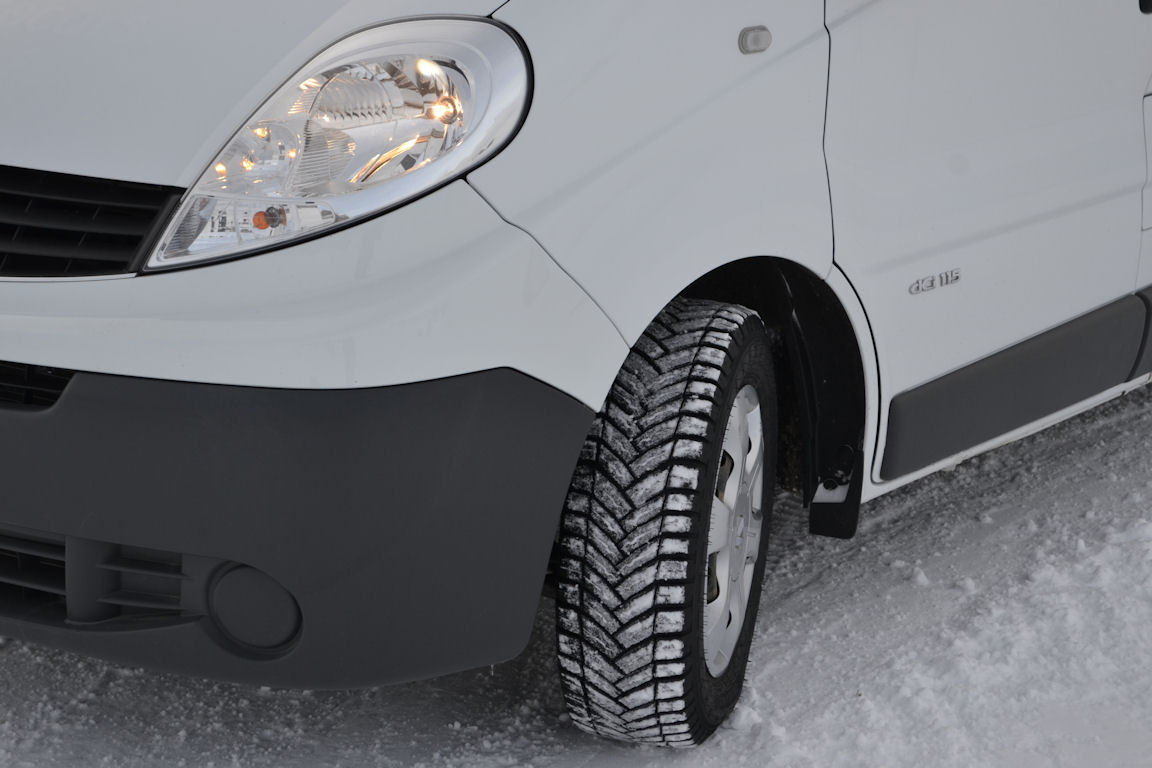 The Michelin tyres were unfazed by the Beast from the East

Anglian Water is apparently well pleased with how its ongoing trial of the Agilis CrossClimate van tyre is progressing. Michelin reports that its all-season rubber excelled during both the Beast from the East in February and the recent record-breaking hot spell.

The Arctic blast caused chaos on Britain’s roads, but came at the right time for one of Michelin’s latest products to prove its worth. “During the Beast from the East, when our drivers did go out, they felt like they had the extra confidence because of the additional grip,” says Dave Leggett, Anglian Water’s fleet operations manager. “Now in the hot weather we’re seeing the same level of performance. A lot of the vans have to go down dirt tracks, across fields and difficult terrains and the drivers have noticed a step up in grip and general traction.”

And while the Agilis CrossClimate trial is still in its early stages, the results so far are encouraging. According to Michelin, the Anglian Water van fleet has achieved up to double the mileage than it managed with the previous tyre choice – from as little as 20,000 miles on its previous tyres to 44,000 miles on the Michelins. Drivers have also noticed other improvements, including better grip, robustness, and improved uptime thanks to not needing to switch to seasonal tyres.

“The trial’s been really positive and when other sizes become available they will be going on everything we’ve got,” he adds. Furthermore, Leggett says the benefits don’t stop at increased performance on the road – he claims fitting CrossClimate tyres has led to savings: “Because we only use one type of tyre now all year round, we’re saving on storage costs, as well as the financial burden and downtime from swapping tyres.”

Anglian Water was selected as one of a handful of international fleets to trial Michelin’s new Agilis CrossClimate tyres ahead of their May 2018 launch. The trial began in December 2017; Michelin’s internal calculations (based on longevity tests carried out by DEKRA) suggest that with Agilis CrossClimates, four tyres are saved on average every 62,000 miles thanks to their long-lasting performance.

The Agilis CrossClimate has been developed and rigorously tested in challenging winter conditions by the Michelin winter tyre testing team in two European locations 2,485 miles apart – Ivalo, high up in the Arctic Circle in Finland, and Barcelonnette, which at 2,715 metres altitude in the Alps is one of the highest roads in Europe.

Michelin comments that the tyre’s all-year mobility has been “achieved by a rugged tread pattern, manufactured with innovative new rubber compounds to promote flexibility in cold temperatures and sidewall and shoulder protection features for improved robustness in service.”