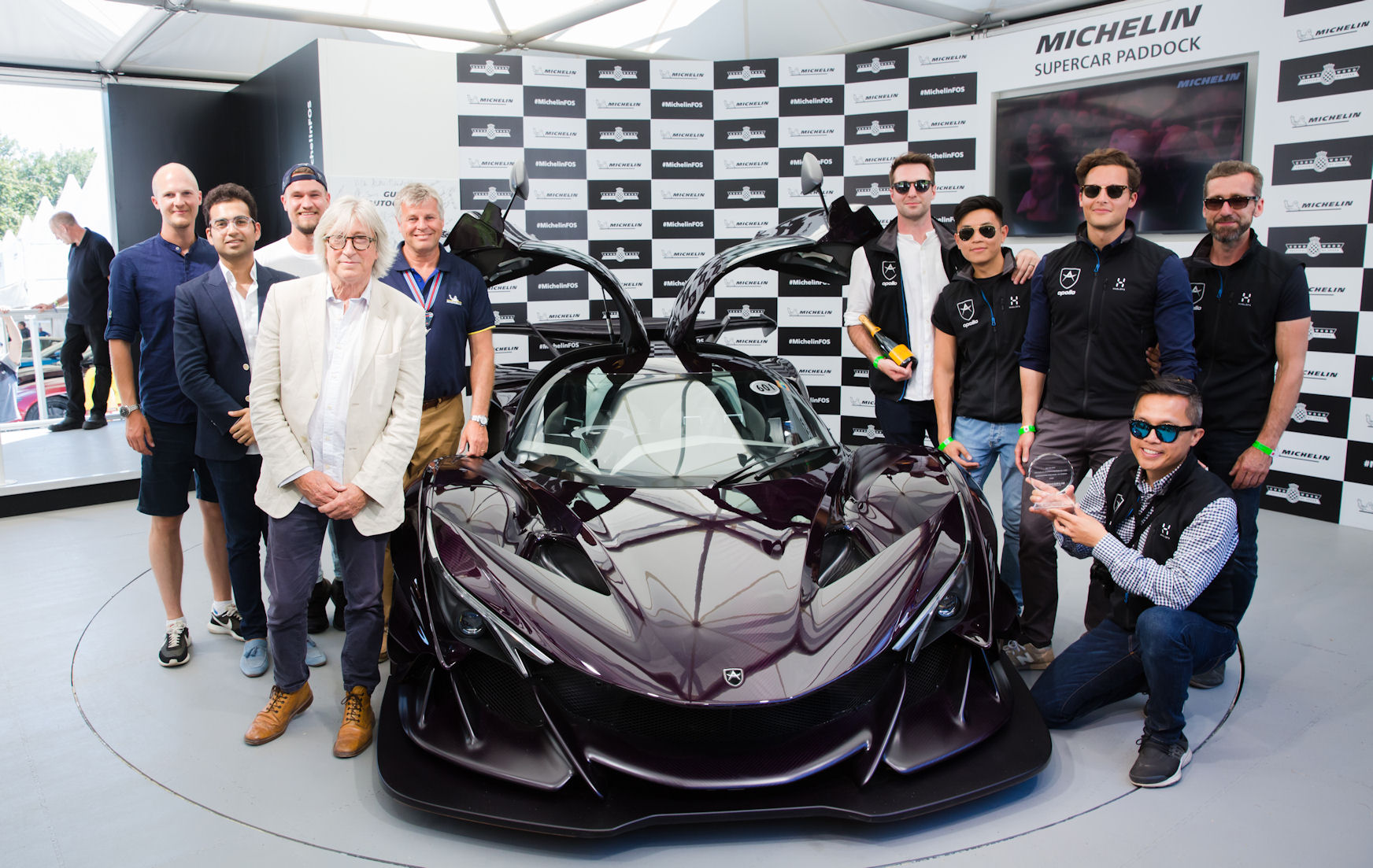 A shortlist of four supercars was compiled through a Michelin UK Facebook poll, with the cars voted ‘showstopper’ from each day of the Festival going into the final on Sunday.

A panel of expert judges took to the Michelin Supercar Paddock Live Stage on Sunday afternoon to weigh up the shortlisted cars and agree on one overall ‘Showstopper of the Festival’ winner. Michelin Supercar Paddock presenter and former BTCC Champion Tim Harvey led the panel, which included vloggers Sam from Seen Through Glass and Paul Wallace from Supercars of London, designer Peter Boutwood from Noble Cars and designer from Vazirani Automotive, Chunky Vazirani.

Receiving the accolade at the Goodwood Festival of Speed, Apollo Automobil general manager Ryan Berris said: “The Apollo IE marks the return of the truest, most organic form of the hyper-car – our flagship that represents the ethos of the brand. Created from a blank sheet of paper, the IE is the beginning of the next chapter for Apollo. We are so delighted with this award and the reception the IE has received here at the Festival of Speed, demonstrating the appreciation across all generations for a true, pure hyper-car. The high revving naturally-aspirated V12 combined with a design that blends lightweight, aerodynamic efficiency with intense emotion and soul. It has really struck a chord with fans and aficionados of all ages and tastes here at Goodwood, and we are extremely proud of that.”

Chief Judge, Tim Harvey, added: “It is not often that we are presented with a supercar as true and pure as the Apollo IE, designed, engineered and built without any cost constraints whatsoever. This isn’t a commercial enterprise, it is a labour of love and passion and that is a truly rare thing in the modern automotive world. A 6300cc V12 delivering 335kph and 0-60 in 2.7 seconds, bolted to the road surface by super high-performance Michelin Sport Cup 2 tyres. What’s not to like?! It was a pretty much unanimous decision by us judges and a well-deserved one too.”