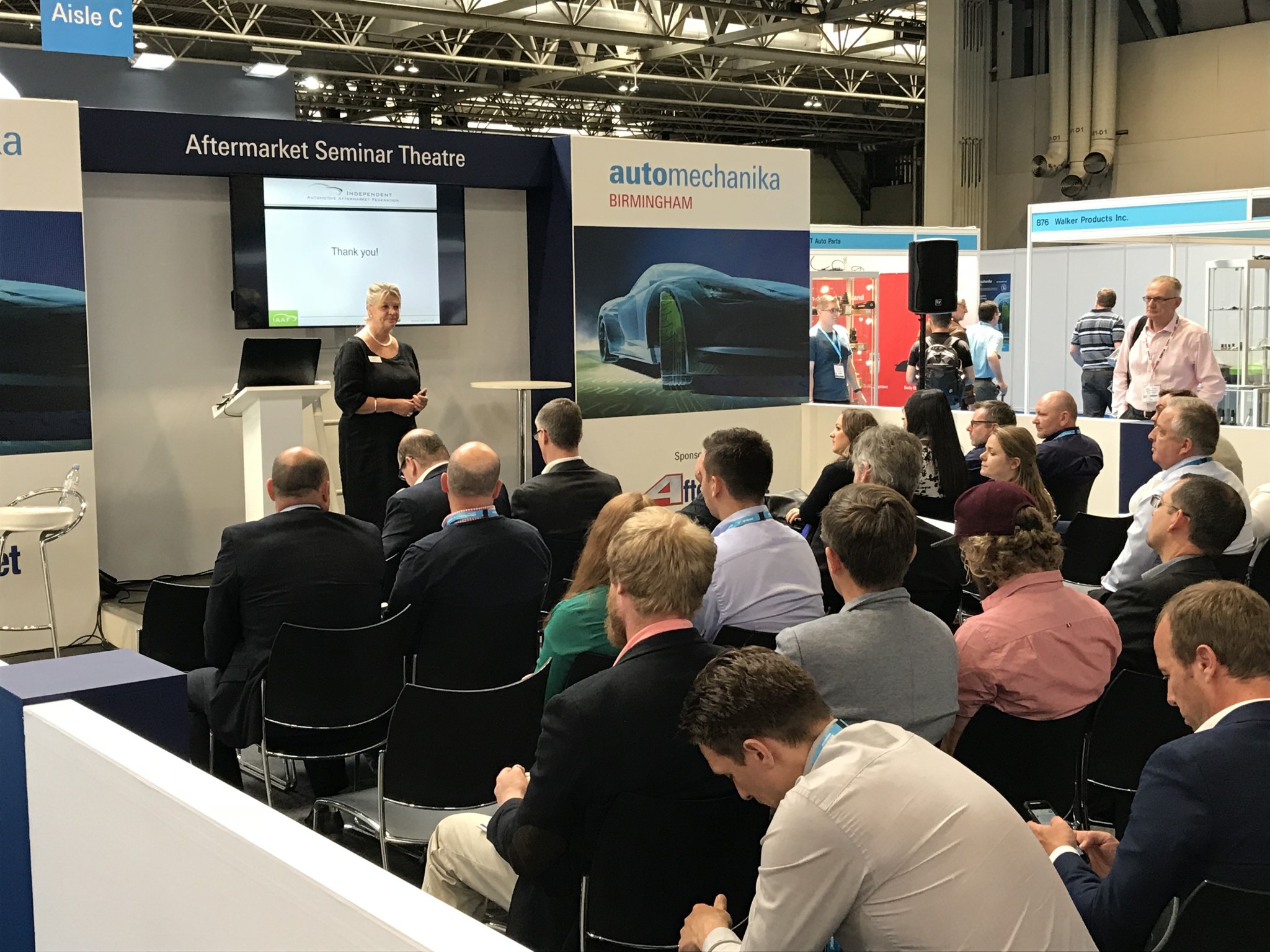 Wendy Williamson, chief executive of the Independent Automotive Aftermarket Federation (IAAF), has provided an extensive insight into the future of the automotive aftermarket in a speech delivered to a packed audience at the Aftermarket Theatre, Automechanika Birmingham 2018.

In her speech, which covered the changing face of UK parts distribution, legislation and future connectivity, Williamson also looked at how lifestyle changes will affect the trade in the future.

The speech revisited Type Approval, an ongoing theme of IAAF’s lobbying activities for the past three years. Williamson said IAAF has “fought hard to ensure a number of key amendments were included in the final legislation,” which was approved last month by the European Parliament.

Williamson paid tribute to MEP Daniel Dalton who was instrumental in getting the legislation through the EU Commission, Council and Parliament. She said: “Daniel took the time and trouble to understand our sector in great detail and ensure that our viewpoint was taken into consideration.”

Brexit was also a factor in the speech, and the stark reminder of the challenges and confusion this may bring. Williamson reminded delegates that all EU legislation will be adopted in the UK as of March next year, but as Type Approval legislation doesn’t take effect until September 2020, “it now throws up a question of where this legislation now sits.”

The technological changes in vehicles was also discussed and Williamson said it was imperative for parts suppliers and distributors to ensure they have access to accurate information to supply and fit the correct part.

Underlining the rate of technological changes, Williamson showed two videos looking at autonomous vehicles and how vehicle manufacturers are prepared for this lifestyle change. “The big challenge with autonomous vehicles,” she said, “will be access to information to repair these vehicles.”

In a speech there was also some key information on the rise of new technologies such as electric vehicles and challenges regarding emissions. “The aftermarket has been relatively slow to respond to some of the newer technologies, but many independent garages are ‘gearing up’ to embrace the hybrid vehicle parc.”

Driving all these changes is lifestyle and consumer expectations Williamson said: “Ownership of vehicles will change; renting vehicles by the day or even the hour will become more popular, particular among the younger generation.”

The YourCarYourChoice campaign was also highlighted, as it continues to gather momentum as the number of supporting companies increases.

In closing, Williamson said: “We as a sector need to ensure we keep up to date with the times. “We must continue to invest in tools, equipment, people and of course training to ensure we’re able to cope with the myriad of changes that are taking place in the automotive industry.”