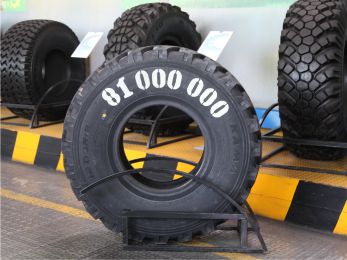 Almost 40 years to the day since the first Kama truck tyre was produced in the Nizhnekamsk Truck Tire Factory, parent company Tatneft reports that the plant has produced its 81 millionth tyre. The tyre will be presented to staff at an event held on 25 April to mark the plant’s 40th anniversary.