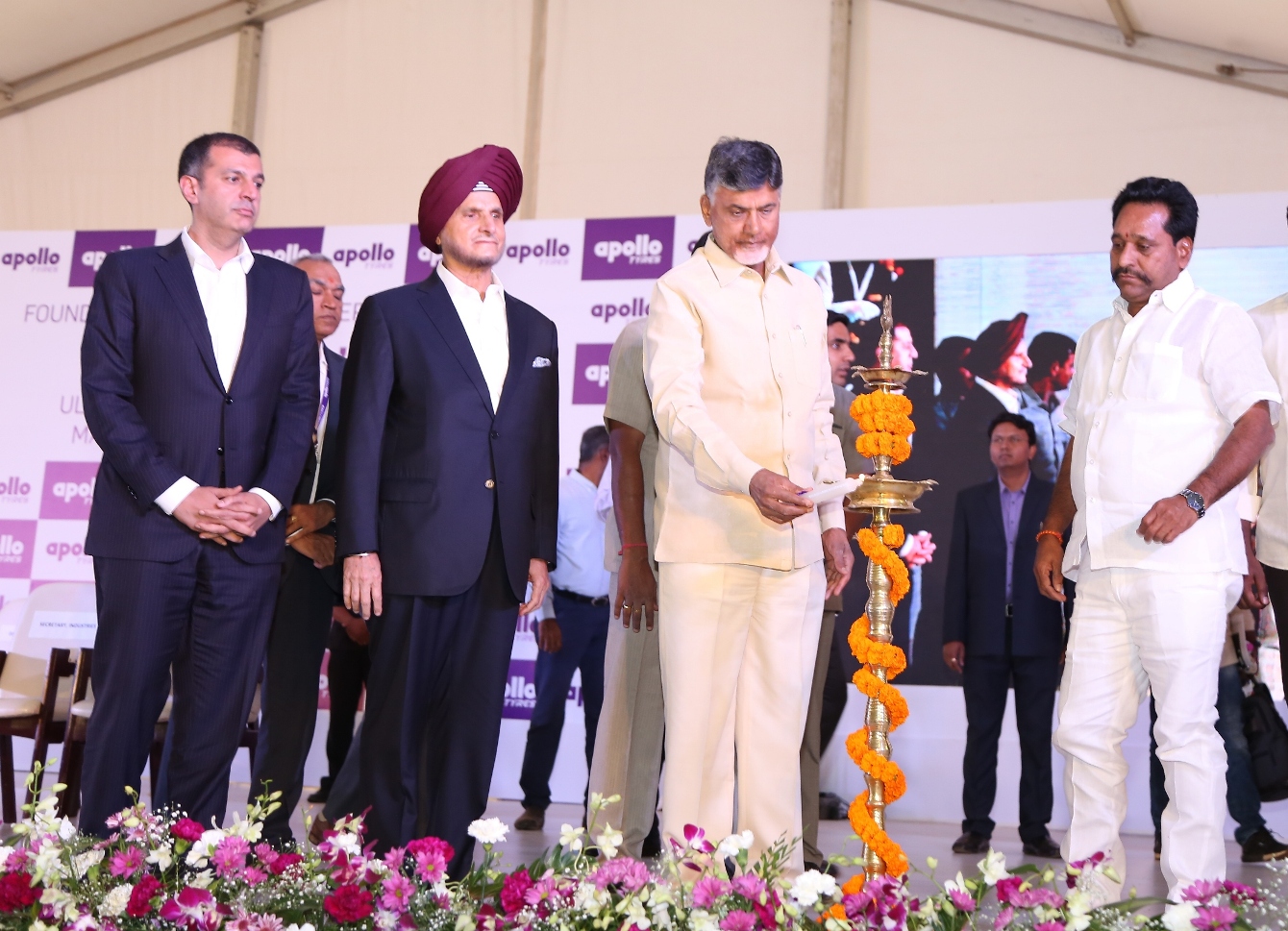 After opening its new European factory last year, Apollo Tyres is now focusing on expanding its manufacturing footprint at home. A ceremony was held today to lay the foundation stone of the tyre maker’s fifth plant in India and seventh facility worldwide. The new factory is located in Chinnapanduru, Andhra Pradesh state, and is expected to enter operation in mid-2020. Apollo Tyres is investing close to Rs 18 billion (£209.4 million) in the first phase of the new plant project.

The foundation stone was laid by N Chandrababu Naidu, Chief Minister of Andhra Pradesh, accompanied by Onkar S Kanwar, chairman of Apollo Tyres Ltd., and Neeraj Kanwar, the company’s vice-chairman and managing director. Speaking on the occasion, Mr Naidu said: “I am very delighted to have Apollo Tyres, the Indian multinational, after setting its world-class facilities in Chennai and Hungary recently, now setting-up a state-of-the-art manufacturing unit in Andhra Pradesh. This will provide direct jobs to nearly 700 people and to many more indirectly, in the first phase. The employment opportunity would further get increased when the company expands in the future.”

Apollo Tyres has purchased 200 acres of land from the government of Andhra Pradesh for the facility, and intends to begin construction within the coming six months. Passenger car tyres – a segment where demand is growing – are then expected to start rolling out of the plant some 24 months later, and the tyre maker says it will later expand the facility to cover the manufacture of other product categories.

“While planning for this state-of-the-art manufacturing facility, we have provisioned for the future capacity expansion requirements in India for the next five years and more,” states Onkar Kanwar. “We are thankful to the Andhra Pradesh government for excellent cooperation received from them so far, and are confident of getting the same going forward as well towards the smooth construction and management of this facility. As a responsible corporate, we would be more than happy to contribute towards Shri Chandrababu Naidu’s vision of making Andhra Pradesh a ‘sunrise’ state.”

The four manufacturing facilities that Apollo Tyres currently operates in India include two (one a leased facility) in the rubber-producing state of Kerala, and one each in the states Gujarat and Tamil Nadu. Outside India, the company has a manufacturing facility in the Netherlands, which came with its acquisition of Vredestein Banden BV in 2009, as well as its April 2017-opened plant in Gyöngyöshalász, Hungary.