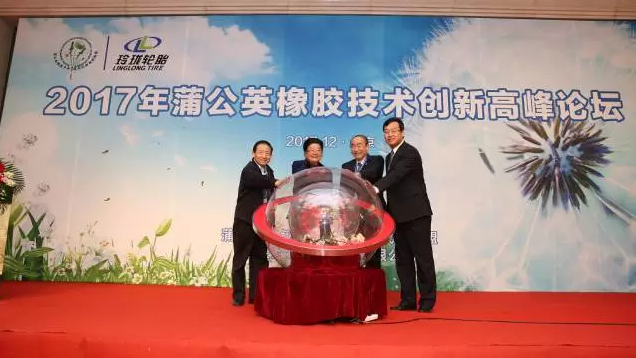 As Linglong Tire notes, China imports more than 80 per cent of the natural rubber its manufacturers use. The company views rubber sourced from dandelions as a potential strategic raw material in the coming years, and in order to promote the industrialisation of dandelion rubber, it plans to invest RMB 30 million (£3.4 million) to set up a new company. The tentative name for this firm is Linglong Dandelion Science and Technology Development Company.

According to Wang Feng, chairman of Linglong Tire, specialists from around the world will be employed by the new company and work towards breaking technological “bottlenecks” that exist on the road to industrialising dandelion rubber. It is hoped the Linglong Dandelion Science and Technology Development Company will also “lay a good organisational foundation” for the future development of dandelion rubber as a raw material.

Linglong Tire announced its plan during the 2017 Dandelion Rubber Technology Innovation Forum, took place in Beijing yesterday and was jointly hosted by the tyre maker and the Dandelion Rubber Industry Technology Innovation Strategic Alliance, an organisation founded in April 2015 with the aim of facilitating the commercial development of a dandelion rubber industry in China.