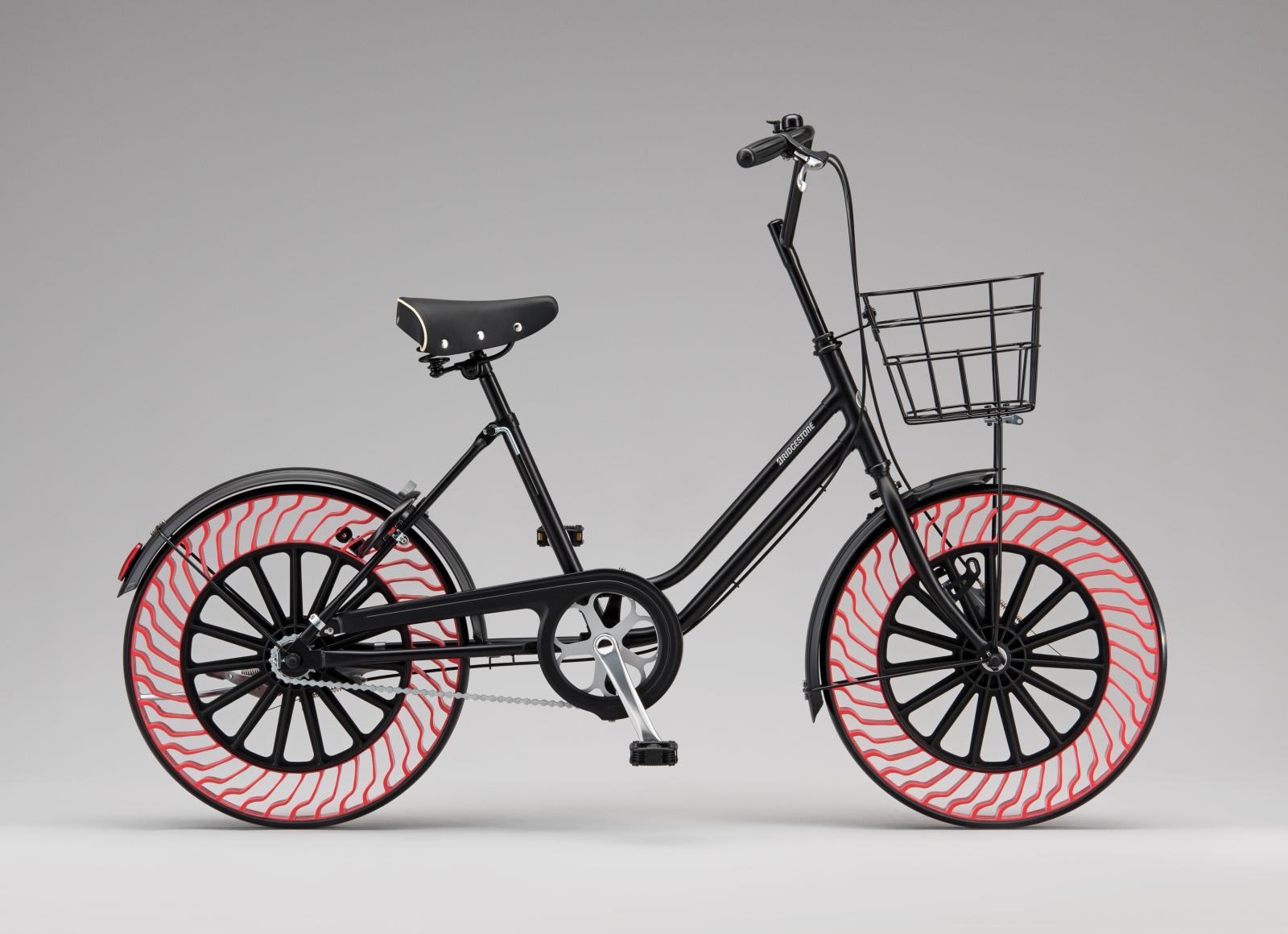 Bridgestone has announced its aim of bringing airless tyres to market by 2019, however don’t expect to find them in sizes suitable for your car. The commercialisation of the company’s Air Free Concept, which was first shown at the Tokyo Motor Show in 2013, will begin with a non-pneumatic bicycle tyre. Together with Bridgestone Cycle Co., Ltd, Bridgestone Corporation has developed what it calls a “next-generation bicycle tyre” as part of the Air Free project, and now plans to undertake feasibility studies ahead of a market launch.

The Air Free Concept is a technology that eliminates the need for tyres to be inflated with air; weight is supported using a unique structure of spokes that stretch along the inner sides of the tyre. In addition, the resins used in the spokes and rubbers help realise a more efficient use of resources. Bridgestone comments that the high flexibility for design that resin allows has led to designers coming up with “proposals of next-generation bicycles which have never been seen before.”

Bridgestone also states its intention to adapt the Air Free Concept technology for other types of tyres, however it hasn’t given a timetable for these products’ development and eventual market release.                  sg