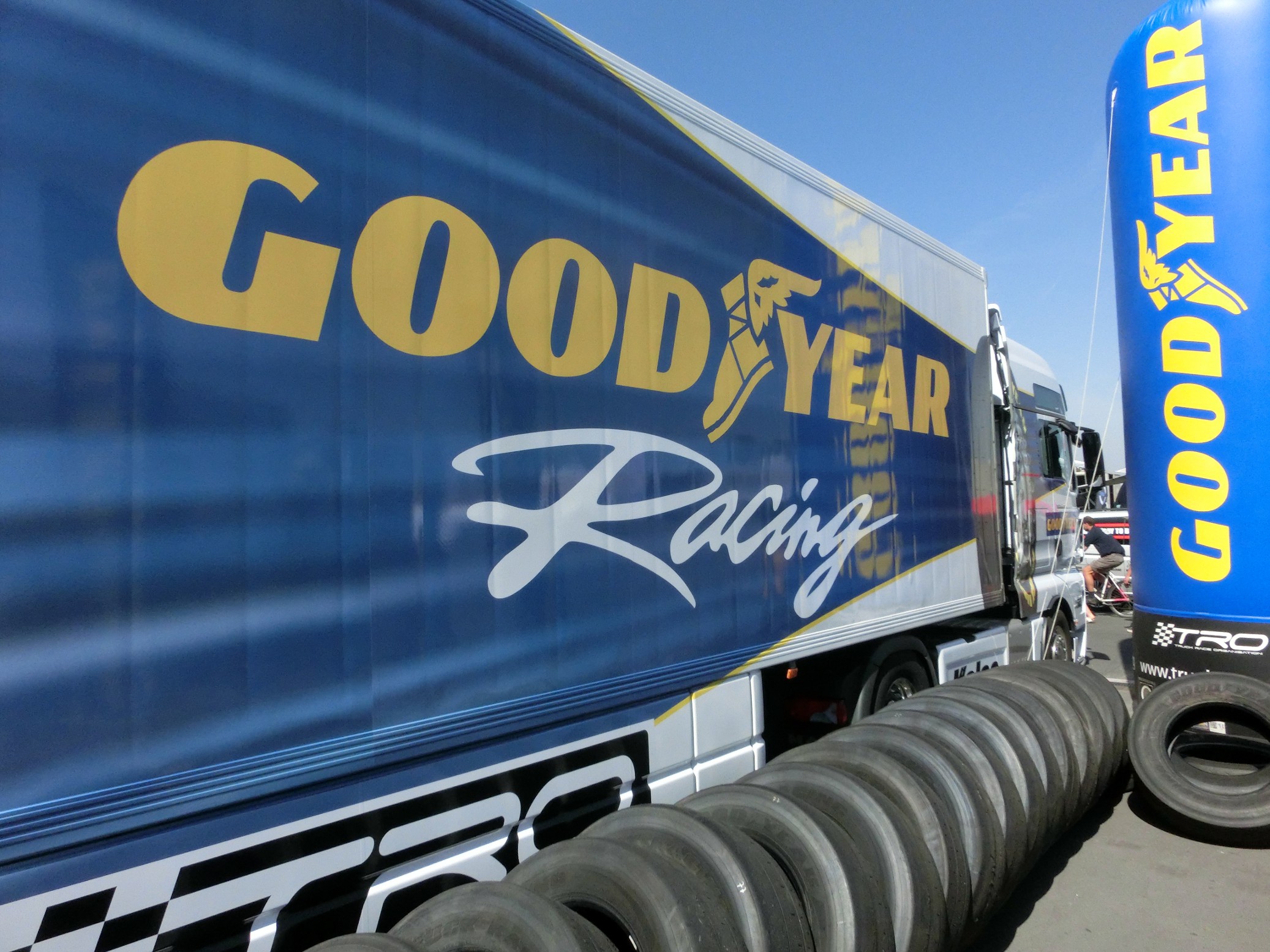 BTRC is the only event of its kind in the UK. During the event trucks race around some of the UK’s best known circuits reaching exhilarating speeds of up to 100mph. Watched by a dedicated following in almost 50 countries, the championship offers Goodyear plenty of opportunities to be exposed to a new audience and build its brand presence.

Along with extensive branding across the trucks and championship’s circuits the brand will benefit from exposure on Motors TV which continues to grow year on year.

Running for over 25 years, BTRC attracts more than 250,000 viewers per year, offering fans the chance to experience nine adrenaline fuelled circuits, including some of the UK’s best; Brands Hatch and Donington Park, as well as the challenging Nurburgring in Germany. Each event offers fun-filled entertainment for all ages, with exhibition and truck displays, spectacular stunt shows, live concerts and fireworks. The round at Donington Park also offers visitors the chance to experience Convoy in the Park, an exciting addition to the circuit.

Commenting on Goodyear’s sponsorship, Steve Thomas from BTRC said: “The addition of Goodyear as our title sponsor is a real boost to our Championship. Not only because Goodyear have a proven track record in developing truck racing tyres, but also because of their reputation as leaders in innovation and new technologies.  The title sponsorship will lift the profile of truck racing in the UK and expose the BTRC to a new audience, we are looking forward to welcoming them to our fan base.”

Marc Preedy, commercial director Goodyear UK&I, explained the benefits of the title sponsorship for BTRC: “Driving our brand equity and spontaneous awareness with consumers is vitally important. As well as giving us valuable data on our new technological innovations we will also be exposed to a new audience which will help us to build and grow our customer base.”

Global Rubber production up half a million tons