You are here: Home1 / News2 / International News3 / Europe’s retreading market – is a structural change in full...

Europe’s retreading market – is a structural change in full swing? 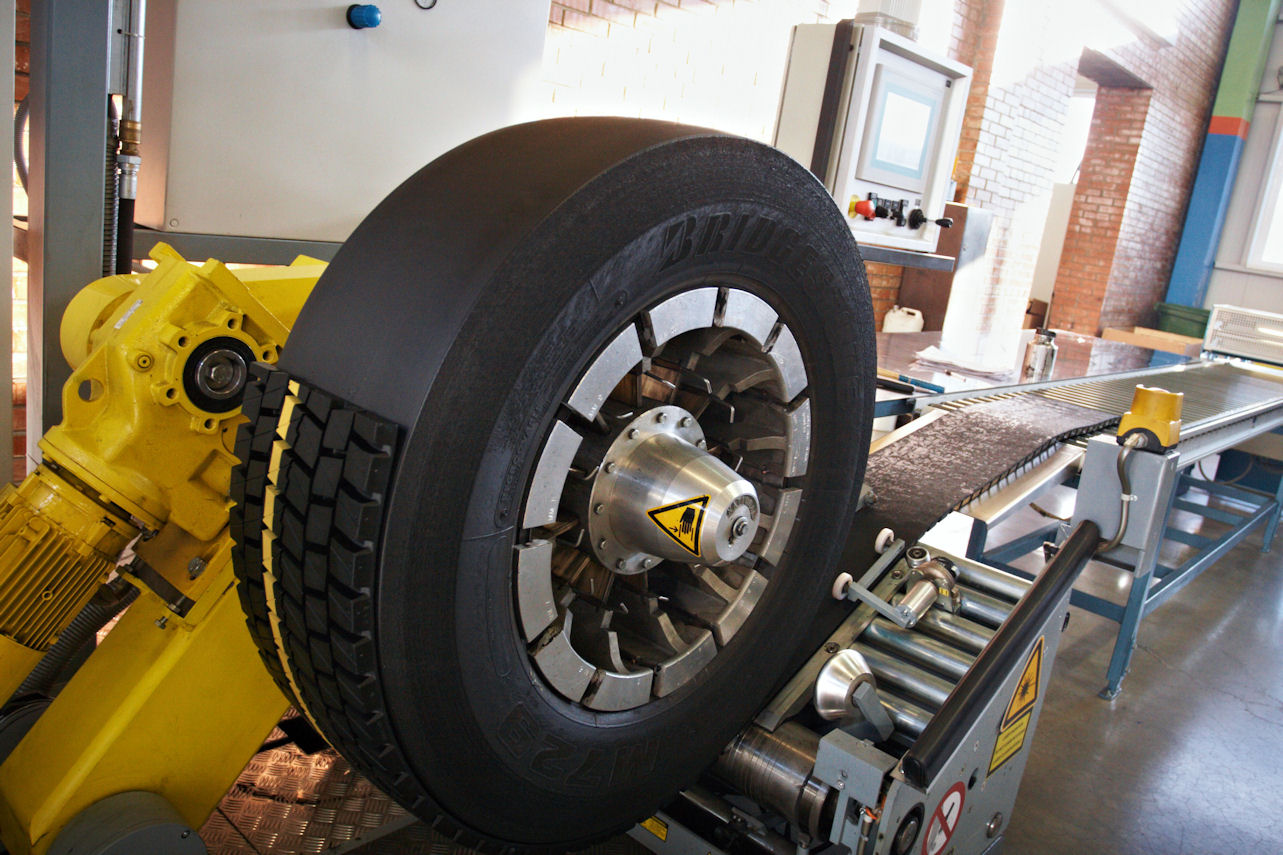 Europe’s retreading sector has experienced declining volumes since 2007 – as have local producers of new tyres; the catalyst for this trend and main beneficiary are imported Chinese tyres

Europe’s retreading industry is in poor shape. Sales volumes have – with the exception of a peak in 2010 and 2011 – decreased by a quarter since 2007. What’s more, the million or more retreads that weren’t (or couldn’t be) sold during this time were offset by an almost one million unit rise in new truck tyre imports. It is no great secret that up to 90 per cent of these imports originate in China and are offered in Europe at prices that make those typically charged by retreaders seem exorbitant, and it can even be posited that these products call an entire industry’s competitiveness into question. Pre-cure retreading, a process more often than not performed by small and medium-sized operations, has come under particular pressure of late. Looking at this phenomenon, it is easy to wonder if we are witnessing the start of a long-term structural change within the industry.

Data for the past nine years, published within the current Retreading Special supplement, shows a cyclical pattern of market development not unlike that seen in many industries. However the figures also reveal that Europe’s retreading market is essentially developing in one direction: downwards. While more than 5.8 million truck tyres were retreaded throughout Europe in 2007, ETRMA figures for last year peg the market volume at just 4.4 million units. The market breathed a sigh of relief when growth rates picked up after the crisis year of 2009 and the highs of past years again appeared within reach, but since then most market players have held their breath as the market decline following the ‘golden years’ of 2010 and 2011 has been dramatic. In light of this development, nobody is rushing to issue forecasts for the coming year. This reticence may of course reflect the difficulties of making a reasonably reliable forecast when faced with such market dynamics, however it is certainly also because the market isn’t keen to interpret forecasted figures and draw the corresponding conclusion.

At the same time, we should observe that the new tyre market isn’t exactly performing brilliantly. A glance at the accompanying figures shows that since 2007 sales of truck tyres from manufacturers producing in Europe (The ETRMA’s Europool) have declined by almost two million units. This decrease occurred above and beyond the 1.4 million unit decline in retreads during the same period. It would be easy to conclude that both industry sectors are united in downfall. But are they really?

A closer look reveals an obvious separation in the development of one sector – new tyres – from the other. The retreading sector survived the slump in the wider tyre market after 2011 relatively unscathed. While 590,000 fewer retreads were sold (-10.6 per cent), sales of new tyres decreased by more than 1.9 million units, a drop of 19.1 per cent. During the financial crisis many fleet operators turned to retreads as an affordable alternative to new tyres, whose higher cost tied-up more capital. When looking at the current figures, it is difficult to discern whether pre-cure or mould cure retreading has most strongly suffered from the developments over the past five years. A trendline is nevertheless visible, and this is heading downwards

Then the two segments parted ways. While the new tyre market recuperated after the crisis and is now on the way – supported by rising demand from OEMs – to once again reach and pass the 10 million unit mark, the retreading market has failed to retain its ‘crisis resistance’. Since 2012, volumes within the retreading industry have, in contrast to the new tyre industry, further diminished. During the four years since 2012 the new tyre market in Europe has, according to ETRMA figures, grown by 1.3 million units, an increase of just under 16 per cent. At the same time the European retreading market has shrunk by almost 590,000 units, a drop of 12 per cent. What lies behind this development?

A look at the figures confirms what many in the market have complained of in recent times. Over the past few years, Europe has been inundated by an increasingly large wave of tyre imports. In the last year alone almost 3.5 million imported tyres flowed into Europe, flooding the market and washing away, as it were, the comparably uncompetitive products from established retreaders. Against a backdrop of sinking global raw material costs and resultant lower product prices, it’s become increasingly difficult for European-based retreaders to offer their tyres at prices sufficiently beneath those charged for new tyres.

These imported new tyres aren’t arriving from everywhere outside of the European ETRMA region. On the contrary, in recent years a dramatic trend has emerged: Europe is predominantly being flooded with new tyres from China. According to European Union statistics, as much as 90 per cent of truck tyre imports entering Europe originate in China, a country whose manufacturers have long been suspected of benefitting from government subsidies that provide a competitive advantage in global markets and enable them to offer tyres in Europe at so-called “dumping prices.” The Tyres & Accessories editorial team is often asked how a manufacturer of new tyres based in the Far East can sell its truck tyres in Europe at prices that barely cover raw material costs, not to mention the cost of production and shipping, yet nevertheless contribute to the company’s profit margin.

There are further, concrete reasons why Chinese manufacturers –questions about competitive ability aside – are increasingly targeting the European market. The expansion of their business has been impeded in many regions of the world by high duties; whether in Brazil, the USA or India, the entry of new Chinese tyres (including but not limited to truck tyres) has been suppressed or made more expensive in many important markets.

Despite recurrent demands and discussions, the European Union – an organisation traditionally committed to free trade – has so far made no attempt to introduce similar trade barriers against tyres imported from China. European barriers of a technical or qualitative nature, such as the EU tyre label, have in no way stopped or significantly pared back Chinese new tyre imports. These measures even showed that new tyres from China aren’t as bad as was often claimed; the label results achieved by tyres from Chinese manufacturers often disprove such criticisms.

It is hard not to see the humour in the ongoing use of the “quality argument” by some within the retreading sector to discredit imported tyres from China across the board. Back when good, retreadable casings where difficult to obtain and demand for retreads comparably strong, numerous retreaders found casings from Chinese tyres a good and cost-effective alternative. And often enough these retreaders discovered that tyres from the Far East weren’t so bad after all. In recent years this sentiment has once again changed, or changed back, apparently uninfluenced by product quality. “Sprits that I’ve summoned….”

There are growing signs within the market that new tyre imports from the Far East will increasingly serve as a catalyst for structural change. In connection with every insolvency, every plant closure and every facility relocation in the past two years, one suspect has appeared at the top of the list of causes: market-destroying “budget tyres” from the Far East.

It is difficult to glean from current statistics whether pre-cure or mould cure retreading has suffered more strongly due to the previous five years’ developments. However, with the exception of 2014 the figures display a certain linear development that suggest a slight advantage for mould cure. Typically the pre-cure process is performed by small and medium-sized operators, retreaders that – as can be interpreted from ETRMA figures – are more heavily impacted by market developments than the larger retreading operations, which usually utilise the mould cure process. The coming one or two years will provide clarity as to which direction the trendline heads in, but the developments of 2014 and 2015 are also of particular interest. While mould cure retreading volumes decreased by 3.2 per cent, during the same period pre-cure volumes fell by 18.1 per cent; in 2015 a total of 2.26 million mould cure and 2.15 million pre-cure retreads were sold in Europe.

It’s been shown time and time again, including in numerous Retreading Special reports, that retreaders are at an advantage if – in addition to their mould cure or pre-cure retreading production – they possess their own network of retail outlets. Once these tyre specialists have firmly established themselves with their customers as a service provider and problem solver, sales of the retreads they produce can be much better controlled than would be possible for a retreader without its own sales channels. Retreaders with such a channel can market their products exclusively and lucratively; retreaders who only manufacture, on the other hand, are more heavily exposed to (price) competition.

Of course a corresponding market mechanism also favours the tyre majors’ large-scale retreading operations, whose products are usually distributed from centralised production facilities over the company’s own sales network. Furthermore, these manufacturers are increasingly tied to large transport fleets, offering both new and retreaded tyres as part of an all-encompassing service package. This offers significant potential for their retreading portfolios, which are increasingly manufactured and marketed as being comparable to new tyres.

Market observers are neither able nor willing to predict how the retreading industry will develop in the future. But the fact that the current situation doesn’t bode well for the sector and many within it can easily be explained away – a structural change and corresponding market shakeout seems to be in full swing. And unfortunately, even the most powerful environmental arguments help little if doing what the conscience considers right ends up costing the fleet operator money; being green needs to be affordable, and users must also want to afford it.