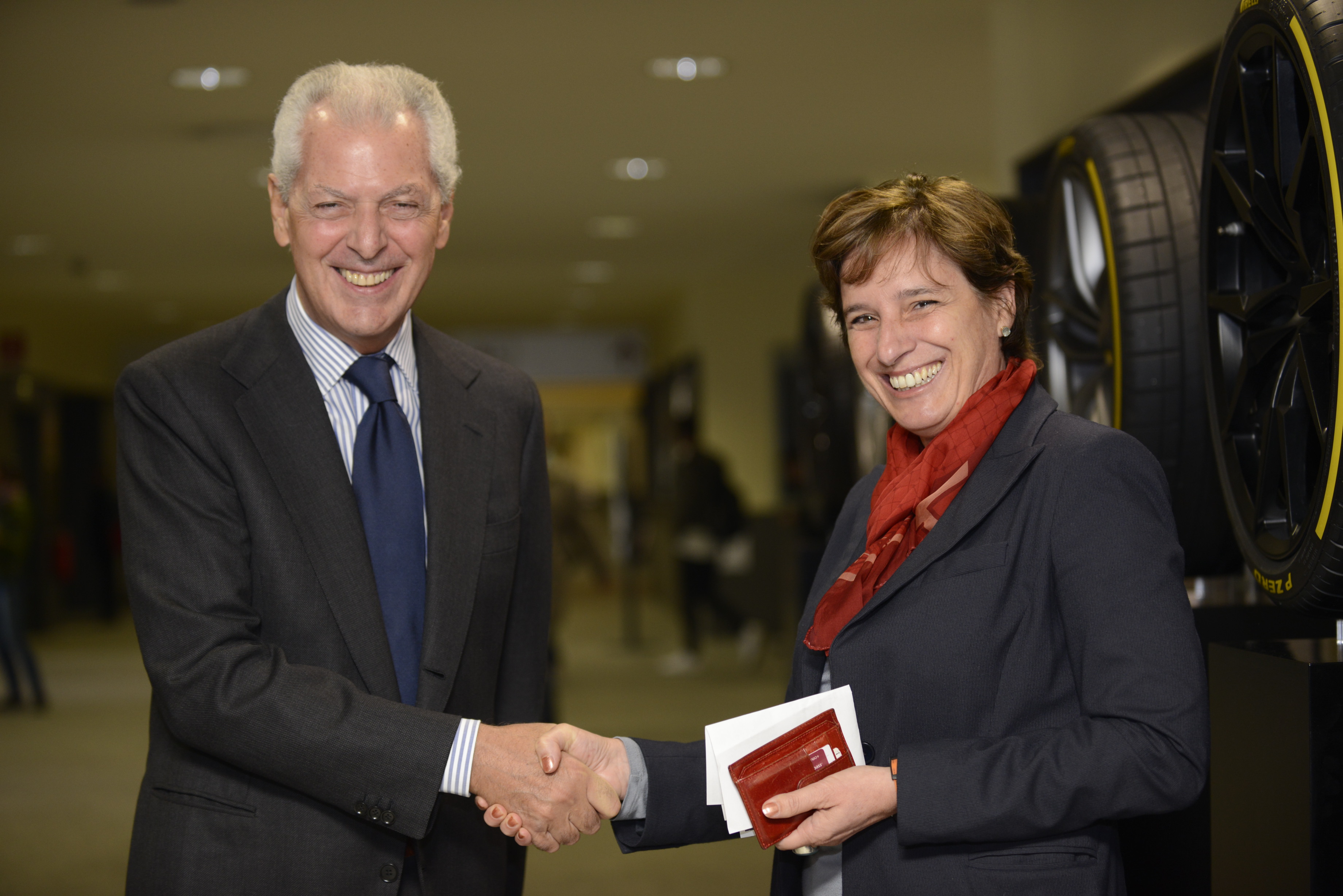 Pirelli and Milan Bicocca University’s CORIMAV eco-tyre cooperation agreements has resulted in one patent a year, 44 student scholarships and 36 doctoral scholarships since it began in 2001. These results and all the advanced materials research resulting from the recently renewed partnership between Pirelli and Milan Bicocca University, was celebrated at an event attended by Pirelli’s CEO Marco Tronchetti Provera and the rector of the university, Cristina Messa.

The CORIMAV project was born 15 years ago with the objective of developing cutting-edge technologies using new materials, supporting research and development into eventual patent applications, and promoting training and career development opportunities for young researchers. Now, according to the two partners, the project is entering the next chapter of its progress.

Over the last few years, CORIMAV has evolved considerably, in the same way that the nature of research projects has constantly evolved and Pirelli itself has evolved significantly as a company.

The first phase of the CORIMAV programme provided scholarships aimed at three principal areas: nano-composite materials, energy transfer (superconductivity and distributed generation) and molecular modelling. These academic partnerships between Pirelli and the university anticipated a ground-breaking Italian government initiative three years ago designed to promote the creation of research doctorates in collaboration with industry.

Since 2005, CORIMAV has provided doctoral scholarships to broaden the range of research and put in place continuous and structured programmes. From 2010 onwards, the focus has been specifically angled towards tyres: a sector that is obviously at the heart of Pirelli and its strategy. As a result, the consortium has become a natural think-tank of knowledge and ideas from the university to Pirelli and vice versa.

One of CORIMAV’s greatest strengths is its ability to train highly-specialised engineers with specific skills, which can allow these people to become immediately employed in Pirelli’s research and development division.

So it’s no surprise that since the initiative started, around 20 per cent of the scholarship recipients have gone on to be employed by Pirelli, and that the company has funded a full-time researcher tasked with co-ordinating the work of the CORIMAV scientists: a role that has been held by Barbara Di Credico since 2015. Specifically, the research activities funded by Pirelli target the study of inorganic materials that can be used in the vulcanisation of tyre compounds.

Among the recent success stories are Luciano Tadiello and Antonio Susanna. They are two researchers who have joined Pirelli’s research and development department and contributed to two patent deposits by CORIMAV, to do with new materials for tyres that consume less energy.

Research into new materials to produce increasingly ecological tyres has been the main focus of CORIMAV’s activities in recent years. This includes one of the most innovative projects from CORIMAV, which is also patent-protected: the use of lignin in the production of tyres with a low environmental impact. Lignin is a natural material that has intrinsic antioxidant properties, which when altered by appropriate chemical and physical means, can benefit the mechanical performance of a tyre and become a substitute for fossil-derived products (such as carbon black).

CORIMAV’s green philosophy is not just limited to the production phase and use of a tyre but also to the tyre at the end of its life. Researchers have discovered a process of bio-devulcanisation in which bacteria and other biological agents are used to treat tyres at the end of their life. Thanks to recent research, it has been possible to isolate bacteria with the capacity to remove sulphur-carbon bonds, which can be used to treat tyre constituents at the end of their life with a view to subsequent recycling.

Enrico Albizzati has been the director of CORIMAV since it was created. At the time he was in charge of Pirelli’s materials innovation department, and currently he is the company’s scientific advisor.

CORIMAV is a concrete example of the excellence of the newly created Bicocca District within the university: a centre that unites research, culture, and industry. The consortium currently funds three doctoral scholarships per year in material nanotechnology and research. It also organises courses in management and intellectual property for other science students, as well as courses on specific aspects of science, delivered by Pirelli employees. This is yet another way of fostering increasingly integrated collaboration between the worlds of academia and industry.

The university is very close to Pirelli physically, to the point that there used to be a bridge linking Pirelli’s main building to the one that will now house part of Milan Bicocca University. These days, the bridge is formed of ideas, knowledge and innovation that will form a vital link to the future.

Cristina Messa, the rector of Milan Bicocca University, said: “With the renewal of the CORIMAV consortium, we’re underlining the commitment both from ourselves and Pirelli to invest in research and development of new materials. For 15 years now, CORIMAV’s activities have allowed us to carry out sophisticated industrial research projects and activate advanced levels of professional training, such as the industrial doctorate. This close collaboration, with CORIMAV at its very heart, forms an integral part of a wider strategy to showcase the knowledge and innovation that Milan Bicocca University and Pirelli, together with other partners, are pioneering thanks to the Bicocca District project: a brand new network of academic institutions and companies working together to exchange know-how and opportunities, as well as improving services and enriching professional development.”

Marco Tronchetti Provera, Pirelli’s vice chairman and CEO, commented: “The experience of the partnership between Pirelli and Milan Bicocca University has underlined how companies and academic institutions can together trigger initiatives that promote both professional and economic growth. We are collaborating with a number of different departments within the university that represent excellence at international level, and which help us to turn our most innovative projects into reality, as well as improving our product.” The Tyre Equipment Company to exhibit at LAMMA in 2017