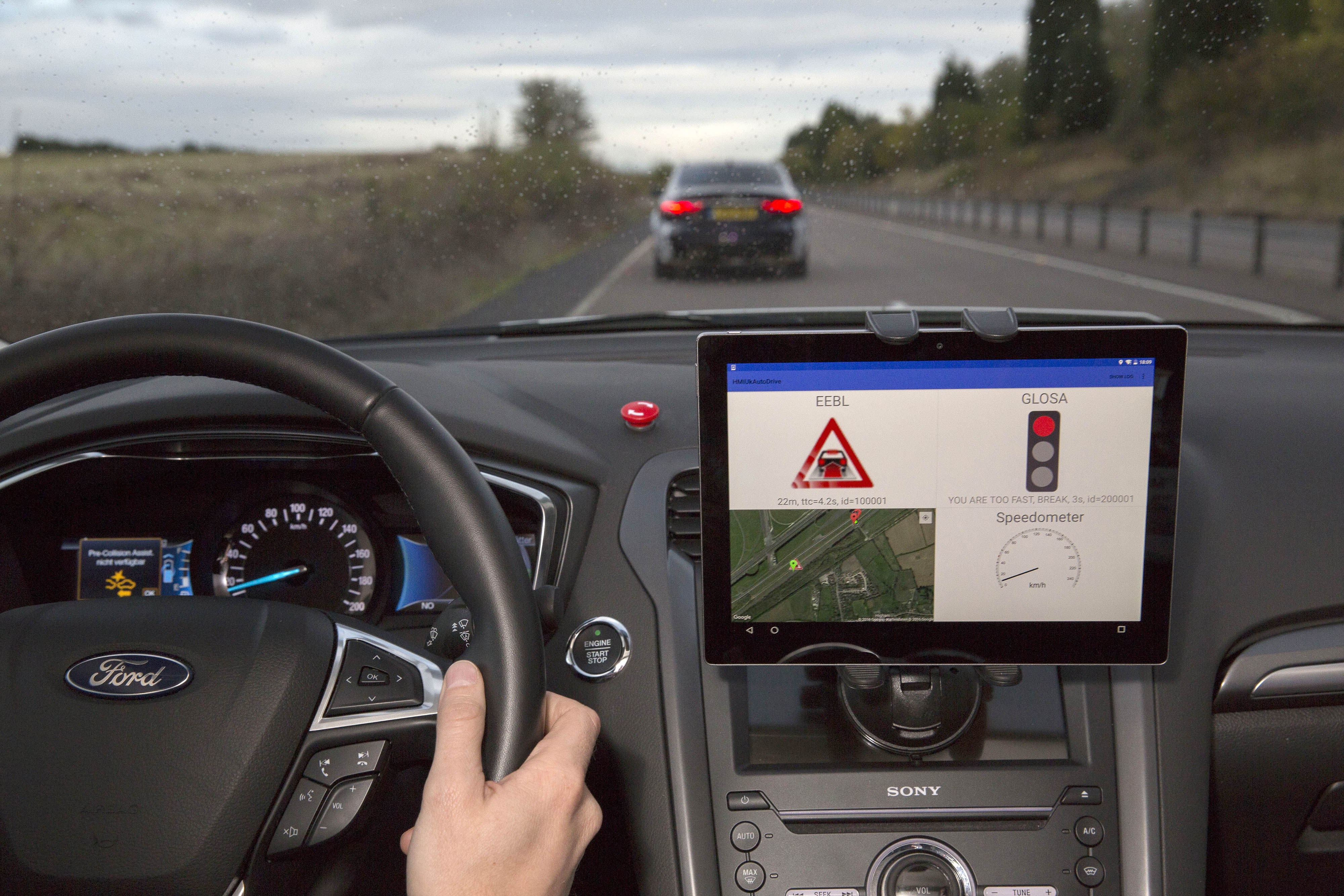 It is the first project in the UK to showcase the benefits of having cars that can communicate with each other across multiple makes of car. During Friday’s event, the car-makers jointly demonstrated two of the seven connected car features which they plan to trial during the three-year programme. This included showcasing how vehicles can warn their drivers if another connected vehicle ahead has braked severely, lowering the risk of rear-end collisions when the driver’s view is obscured. The second demonstration showed how connected cars can be sent information from traffic lights, allowing them to reduce the likelihood of meeting red lights – potentially improving future traffic flow and lowering emissions in urban areas.

Chris Reeves, commercial manager for Future Transport Technologies and Intelligent Mobility at MIRA, said: “We are delighted to be hosting the trials and demonstrations today and to be a part of a consortium that will help position the UK as a global leader for the development of connected autonomous vehicle technologies.”