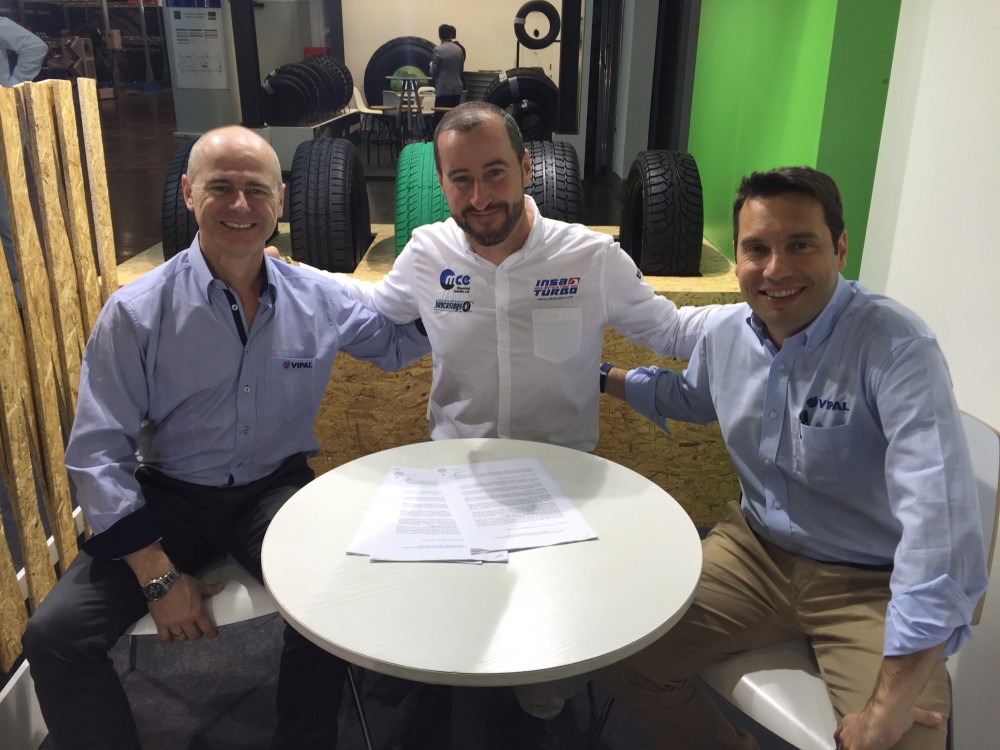 Vipal brand hot retreading products will be manufactured in Spain thanks to a new joint venture started by the South American market leader and Mezclas Caucho. Not only is this a first in Europe; the JV’s production line will be the first anywhere in the world for Vipal outside its domestic Brazilian market. The agreement was officially signed during Reifen 2016, the world’s largest tyre trade show, which was held in May in Essen, Germany. It adds to Vipal’s increased activities in Europe, marked by sustained expansion over recent years.