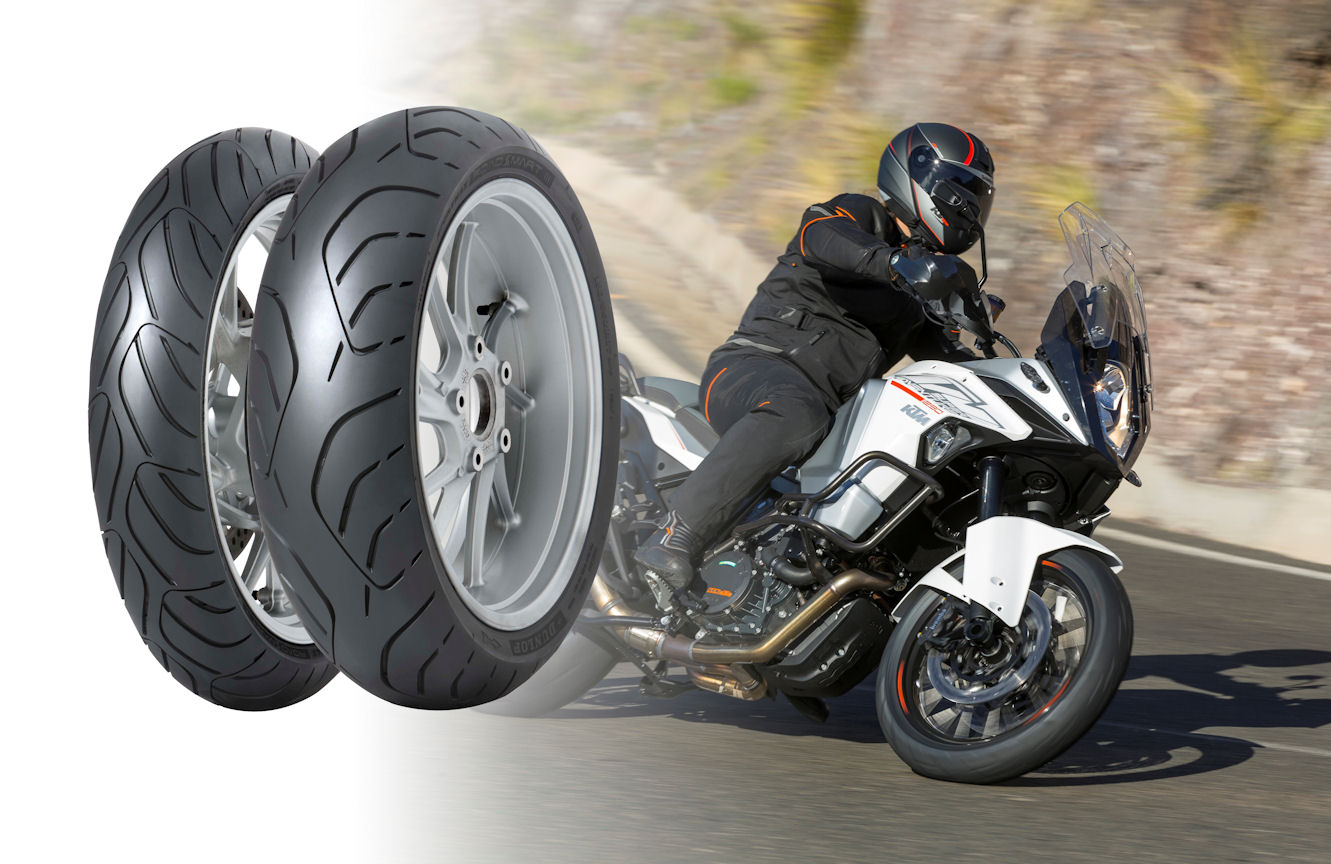 Dunlop’s RoadSmart III has been homologated for the new KTM 1290 Super Adventure and the 1190 Adventure, reports Goodyear Dunlop. The Austrian manufacturer will fit the two bikes with size 120/70 ZR19 and 170/60 ZR17 tyres. According to the tyre maker, the previous-generation RoadSmart II was also used on the KTM adventure bikes and “worked flawlessly” with them.