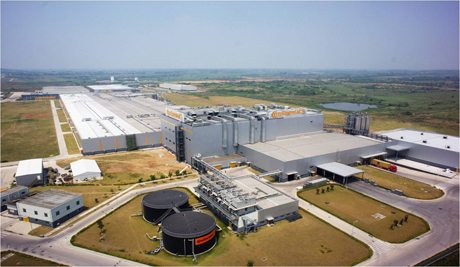 In late April Continental concluded an investment agreement with the Hefei provincial and local governments in China, and has now unveiled plans to significantly expand its passenger car tyre factory there. Annual production capacity will rise from the current level of 5 million tyres per year to 14 million by 2019. In addition, bicycle tyre production in Hefei will be boosted from around 2 million units per annum to 13 million pieces by 2025.

Continental has already invested 250 million euros in the 2011-opened Hefei facility, and according to Nikolai Setzer, head of Continental’s tyre division, by the time this current expansion project has been implemented the investment figure will exceed 500 million euros. The Hefei plant’s workforce will also increase from 1,150 to 2,700, he added.

Continental reports having “very good relations” with the provincial and local administrations in Hefei ever since construction work started on the Hefei plant in 2008. A given example of this is the tyre maker’s support of education and research at the local university, including the recent appointment of Burkhardt Köller, head of finance and control for the company’s tyre division and managing director of Continental Reifen Deutschland, as professor at the University of Science and Technology China in Hefei. Köller’s specialist foci as professor is in the areas of financing, controlling and international management.