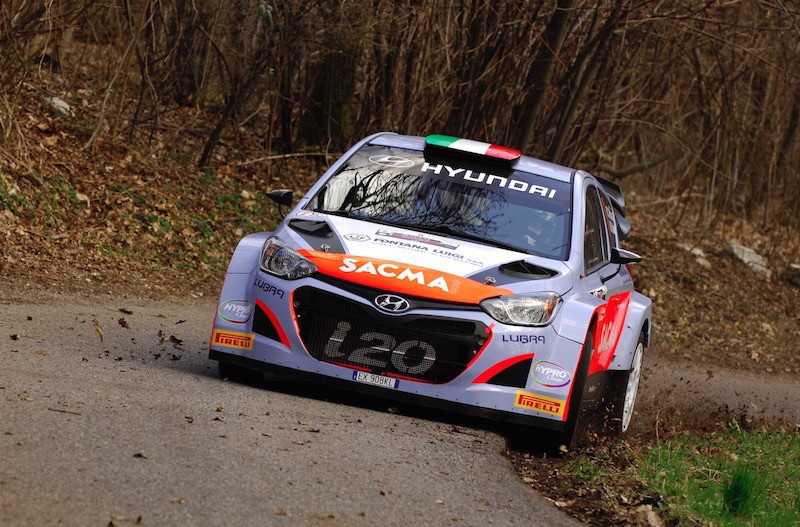 Corrado Fontana won the Rallye Elba in Italy, the first round of the International Rally Challenge

The very first Hyundai i20 WRC to be run by a private team has won for the first time with Pirelli.

Former World Rally Championship competitor Corrado Fontana, co-driven by Gio Agnese, won the Rallye Elba in Italy, the first round of the International Rally Challenge (which is Italy’s main championship for World Rally Cars). For Agnese, it was the second major triumph in the space of a few weeks: he recently won the Rallye Montecarlo Historique alongside Peter Zanchi.

The ex-factory Hyundai i20 WRC was run by the HMI team, with its Pirelli tyres playing an important role in adapting the car to the varied demands of Italian asphalt.

Corrado Fontana said: “I’m very happy to have marked this first win in Italy for Hyundai, which is also down to all the development work we have carried out together with Pirelli. Elba is a very tricky rally and we approached it carefully with the aim of trying to understand the car better, which has very big potential. We avoided taking risks, but with the performance that our Pirelli tyres gave us, we always felt in control with a winning place.”

The event was marred by an accident on SS5 that injured two spectators, to whom Pirelli sends its wishes of a swift recovery.

The next round of the series, the Rally Internazionale del Taro, takes place at the end of May.