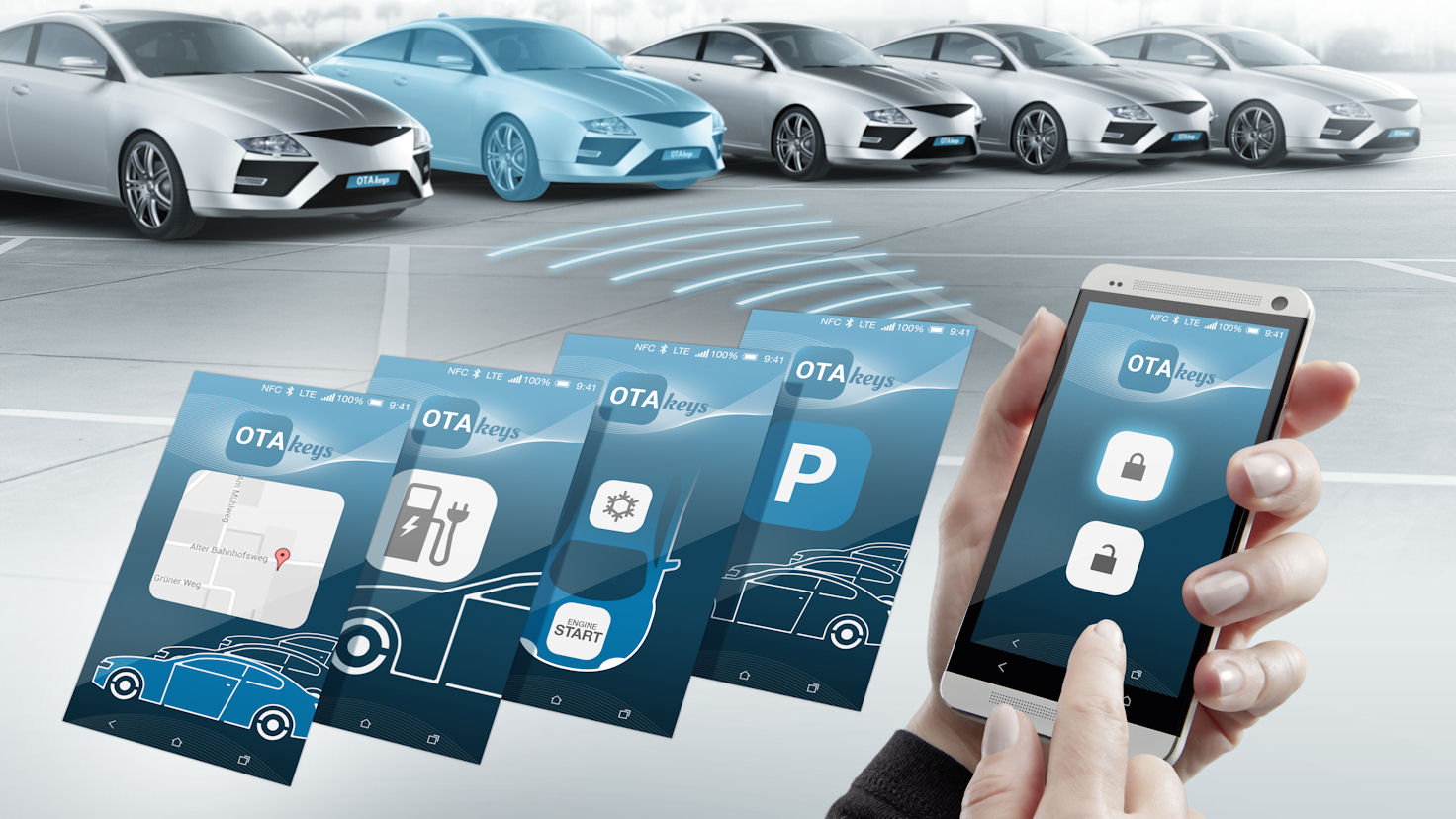 Continental aims to capitalise on the growing interest in car sharing services through its participation in a new joint venture. The tyre and automotive systems manufacturer has teamed up with Belgian automotive service group D’Ieteren and formed the OTA keys joint venture, which will focus on developing virtual car keys that can be controlled by a mobile phone. The joint venture was funded in September 2014, however Continental has only now announced its participation in OTA keys.

Thibaut Cardinael, manager of D’Ieteren’s My Move, has been appointed managing director of OTA keys. He states that Europe will be the first target market for OTA Keys’ mobility solution, followed by Asia and America. Following the completion of a pilot project in Toulouse, France, a car-sharing fleet in Monaco has become the first to use the system developed by OTA keys.

The first product released under the OTA keys name is Keyzee, an app and related tools that promises to free us from the tyranny of carrying car keys and facilitates the car sharing process. The heart of the OTA keys system is the virtual smartphone key. The phone exchanges data with the vehicle using near field communication (NFC) or the energy-saving standard Bluetooth low energy (BLE). The driver uses a smartphone app to book the required vehicle, and the OTA keys system then sends an encrypted forgery-proof data record to the phone. The virtual key is saved on the smartphone’s SIM card. This key contains the access authorisation for the required vehicle. Using the NFC or BLE standard, the phone transmits the data (authentication, vehicle and diagnostic data, and user profile) to a reader within the car. Another receiver inside the car verifies the virtual key in the smartphone before the engine is allowed to start.

Continental has identified intelligent transportation systems as a growth market and sees car rental and sharing firms and company car fleet providers as potential major customers for the new, Brussels-based operation. “Continental has more than 20 years’ experience in the development and production of electronic car keys,” stated Andreas Wolf, head of Continental’s Body & Security business unit. “We have been working on a purely virtual car key since 2008.” Wolf added that OTA Keys will offer a “complete service package” that will provide customers with a “convenient, secure and even spontaneous driving experience.”

While most car-sharing fleets currently still rely on systems that combine all intelligence within the vehicle, the OTA keys system uses smartphone intelligence and only requires NFC or BLE technology within the car. This approach has many benefits. The main advantage is the considerable reduction in costs. By using a virtual key, investment per vehicle can be reduced significantly. The system’s second major advantage is its exceptionally high level of security. It works in the same data space and according to the same principles as the payment functions that are stored on an increasing number of cell phones, and therefore meets banks’ strict requirements. In addition, data is only synchronised between the cell phone and vehicle in an encrypted format. The user is not inconvenienced by these security procedures, quite the opposite. This makes the system easier to use than ever.

As the OTA keys system is freely scalable, it can be easily expanded to include new functions at any time. For example, in future it will be possible to save personal vehicle settings on the virtual car key. The system already enables automatic Bluetooth pairing with phones, and this could potentially be used to transmit favourite radio stations or seat preferences so that the driver instantly feels at home in a short-term rental car.

“We can offer fleet operators a range of ways that will make the vehicles convenient and easy to use,” commented Thibaut Cardinael. “The connected version via the virtual smartphone key is the most advanced version. This shows what can be realised with intelligent connectivity, secure data transmission and a high-performance backend.”

Cell Phones At Target | Cell Phones March 14, 2015
[…] Joint venture encourages drivers to lose their car keys – He states that Europe will be the first target market for OTA Keys’ mobility solution … as the payment functions that are stored on an increasing number of cell phones, and therefore meets banks’ strict requirements. […]
Comments closed