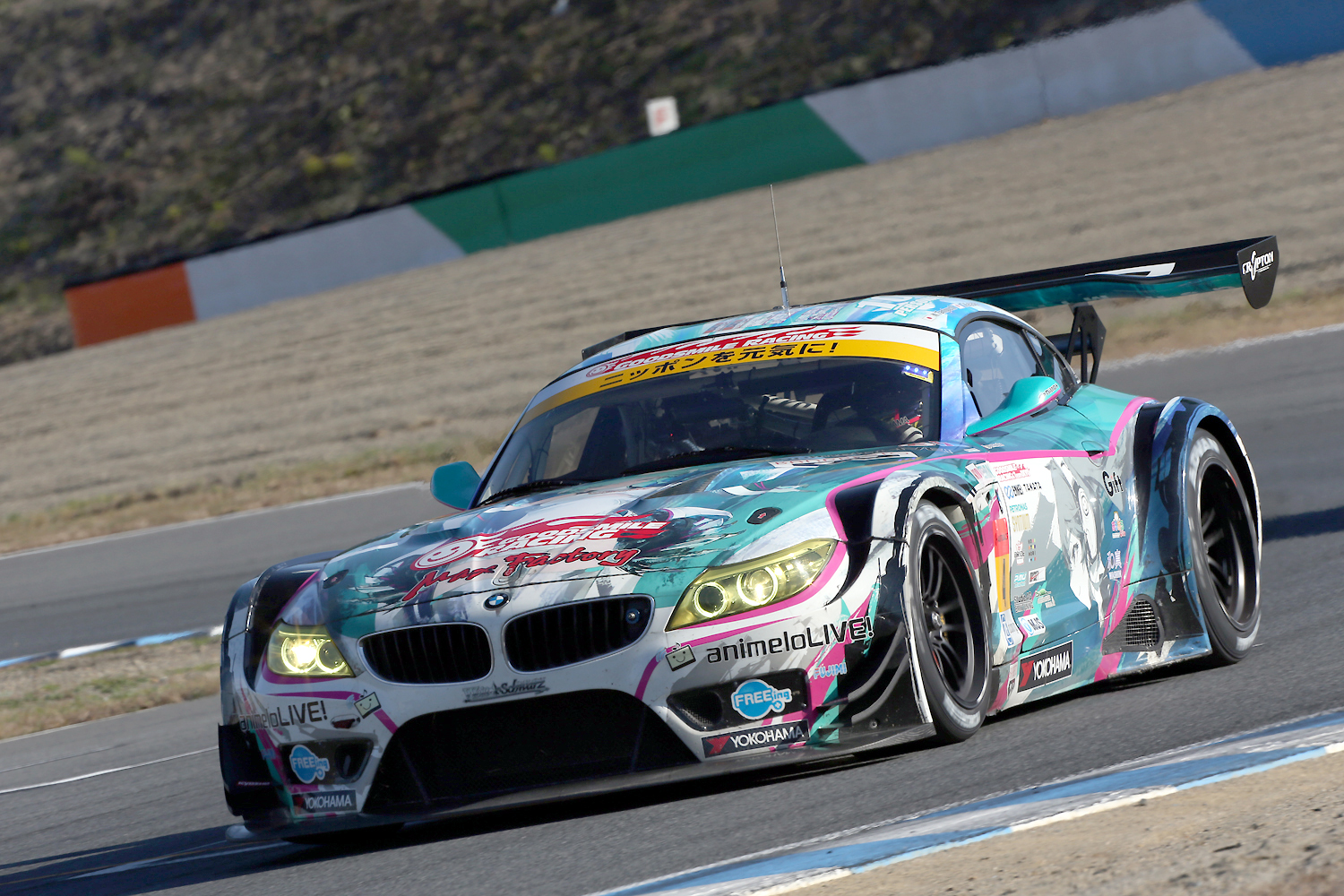 A Yokohama Advan-equipped has won the GT300 class of the Super GT 2014 series. This year’s victory returns the championship trophy to a Yokohama tyre‒equipped car after a one year hiatus following four straight victorious seasons from 2009.

The champion vehicle is the Goodsmile Hatsune Miku Z4 entered by Goodsmile Racing (GSR) & Team Ukyo and driven by Nobuteru Taniguchi and Tatsuya Kataoka. The Hatsune Miku Z4’s road to the championship started with victories in the series’ first two races. The car and drivers had to overcome some challenges during the middle rounds of the series, including the Z4’s weight handicap and getting caught up in a crash, but the team rallied in the latter rounds of the series, including a third place finish in Round 7, the series’ first ever race in Thailand. As a result, the team headed into this series finale in first place with a nine-point lead over the second place team.

Driver Tatsuya Kataoka commented: “The excellent performance of the Yokohama tyres in very difficult conditions helped put us on the podium today. Taniguchi and I kept pushing our car to its limits, and we somehow managed to capture the series championship.”