You are here: Home1 / News2 / Product News3 / How PCL is improving the standard of inflation technology in China

How PCL is improving the standard of inflation technology in China 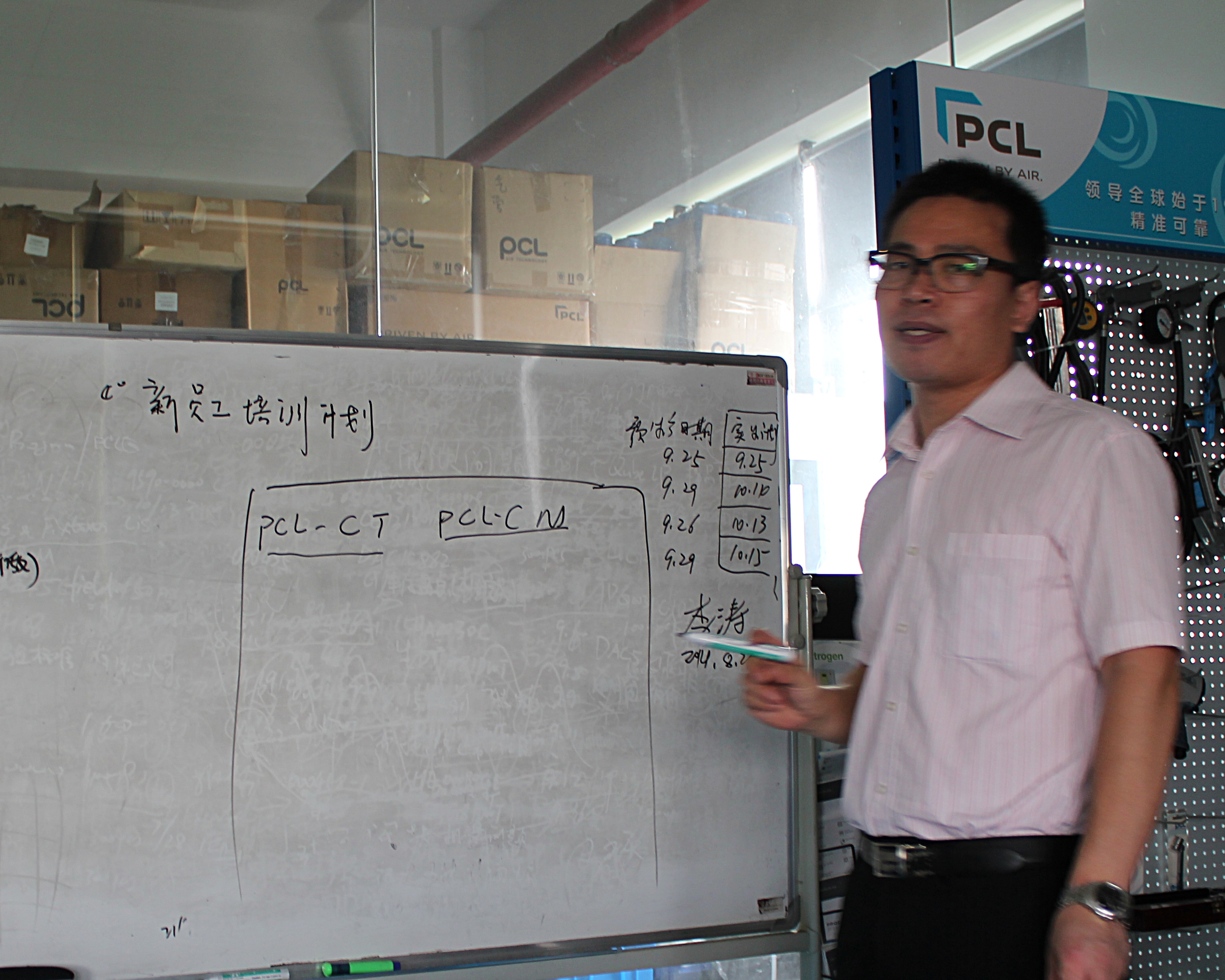 Following the news that PCL couplings will not no longer be gold in colour, Tyres & Accessories visited the company’s Sheffield manufacturing. After this – in order to get a more global perspective – T&A visited PCL’s China operation and interviewed local general manager Robert Wang. China is, of course, a key growth market for many in the automotive and automotive aftermarket industries who are seeking to capitalise on the country’s strong manufacturing base, huge population and growing middle class. PCL is no-different, having relatively recently established its Shanghai operation as a means of getting a foothold in China. However it is also a complex market where market saturation and counterfeiting are barriers to entry and development.

Like its European parent company, PCL China splits its business into two distinct parts – manufacturing and trading. Currently the business is relatively small. On the trading side the operation employs around a dozen people, who are generally sales orientated. The manufacturing side employs more (around 20-25), but this side is basically an internal business which sells to and supplies to PCL and the other parts of the Horn group. And therefore growth is determined by the growth to the group as a whole. On this note, the addition of Horn oil-drain products to the PCL China manufacturing operation is expected to considerably increase the size and scale of the business, with general manager Wang on the lookout for new premises that can adequately house such future expansion. To date, growth has been fast, averaging between 20 and 30 per cent per annum since the business was established. Wang is confident growth will continue at this rate in the years to come.

On the trading side of the business, PCL China has the whole of China and the Far Eastern market to play for. Rather than the complex nature of internal demand, growth must be determined by local market demand. And the success of this depends heavily on the strategy adopted on the ground. Considering the early stage in this businesses development (sales are expected to break through the 10 million yuan – roughly £1 million – mark for the first time this year), the company is surprisingly well connected – for example, PCL already supplies nitrogen inflation to the OE production line of global brand Caterpillar in China. Likewise, the headquarters of many of the biggest global tyre makers are similarly equipped with PCL nitrogen inflation technology. All this gives a key insight into the company’s growth strategy.

As you may have guessed from the fact that PCL is already in business relationships with Caterpillar and most of the Chinese headquarters of the leading global tyre makers, PCL’s strategy focuses on the middle and high-end product segments. While it is true that the largest volumes are to be had in the bottom end of the market, China is flooded with low-cost products and the received wisdom is that this is not the best place to focus if you sights are set on sustained, long-term and profitable growth.

To this end, PCL China Trading actually imports 60 per cent of its stock from the group’s plants in the UK and Germany. A further 30 per cent are manufactured on-site in Shanghai. And the remainder (10 per cent) is sourced from other suppliers. Currently there are no exports out of the China operation at all, but this may change next year when the business begins exports that are strictly limited to East Asian markets (namely Singapore, Malaysia, Indonesia and Thailand etc.) only.

Raising the bar and the piracy problem

In China the problem is not finding customers, not even at the top and middle parts of the market. The problem is overcoming a commercial environment that has been undermining its own credibility. When it comes to inflation products and PCL’s flagship nitrogen inflators, you might think that China is the perfect market for opportunities. Take-up of nitrogen technology would certainly seem to suggest this. Supposedly, between 2,000 and 3,000 nitrogen inflation units are sold in China each year in the total domestic market. However, roughly 90 per cent of these are in some way counterfeit. The biggest single problem is that in China many machines are sold with N2 or nitrogen inflation claims on the packaging and units themselves, but don’t have either the carbon or top-flight membrane filtration technology necessary to really offer this service.

When you put the up to 100 real units PCL has been selling each year up to till now, which are of course fitted with the necessary carbon filtering technology, into this context you can see that there is a mountain to climb both in terms of winning those sales and educating businesses and consumers about nitrogen.

Clearly a manufacturer that is including filtration cannot compete with one that isn’t in terms of price, so instead PCL is taking steps to lobby the authorities for a certification process. The means getting CCC (the local equivalent of BSI or ISO) to standardise what a nitrogen inflator must offer. This also means working with three leading competitors to establish a quality control benchmark to counter the prevailing wind of misrepresentation in the market. And finally it means working with top-level customers in order to give them the practical and demonstrable experience of the improvements that PCL’s technology offers – namely the claims that nitrogen inflation leads to: less leakage; reduced oxidisation (rusting) from inside; improved fuel consumption.

All this is being described as a medium to long-term strategy. However, everything moves quickly in China and PCL executives are hopeful that in as little as five years half the current quasi-nitrogen marketplace will be purchasing the real McCoy rather than units that only offer apparent N2 inflation. And if the company is successful in this respect this could mean PCLs nitrogen inflation sales shoot up four-fold, five-fold or even more – which is a good reason to put positive pressure on the market and try and raise the bar in terms of domestic Chinese tyre inflation technology.