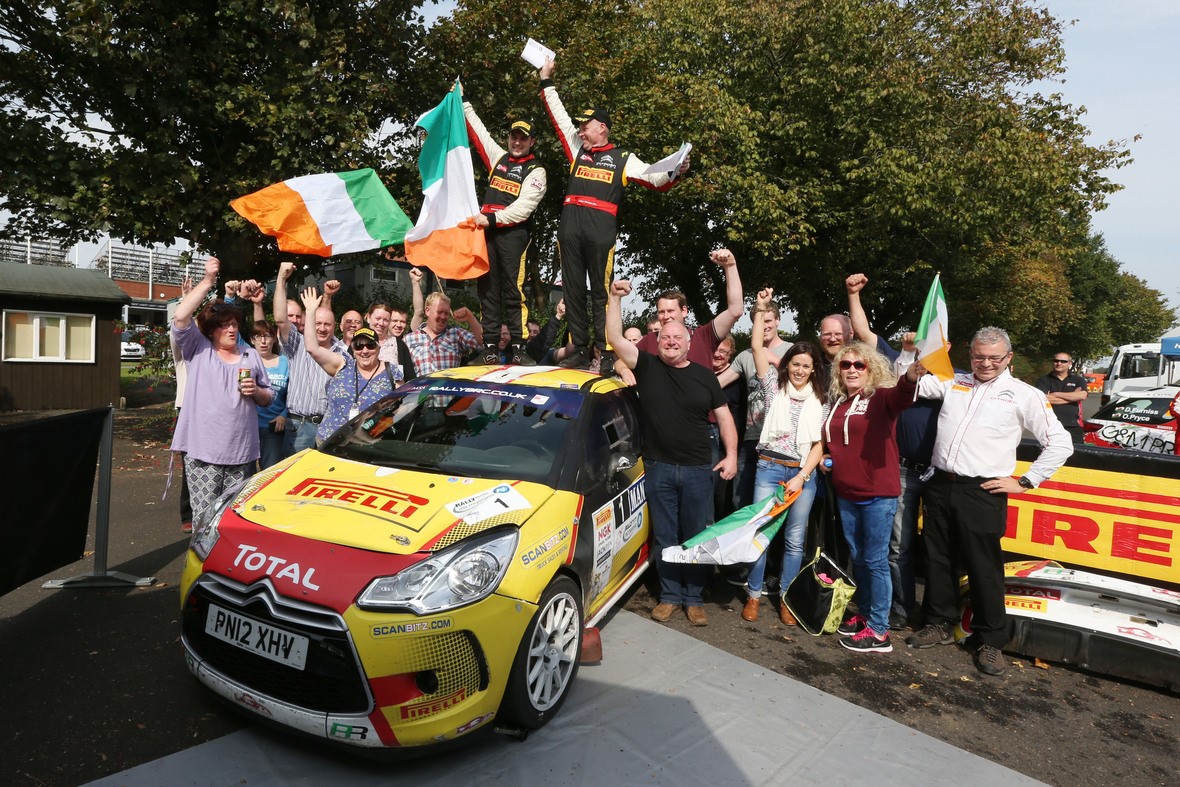 Pirelli Star Driver Daniel McKenna has become the latest driver to win the British Rally Championship with the help of Pirelli, thanks to his victory on the final round at the Rally Isle of Man last weekend.

Last year, the 27-year-old Irishman was elected by a panel of motorsport experts to the coveted Pirelli Star Driver seat: a paid-for drive on the British Rally Championship courtesy of Pirelli, at the wheel of a turbocharged state-of-the-art Citroen DS3 R3T.

This follows in a long tradition of the Italian tyre firm helping rally drivers take the next step on the ladder. The Pirelli Star Driver scheme operated on the World Rally Championship from 2008-2011 when Pirelli was sole supplier to the series, allowing current stars such as Estonia’s Ott Tanak to emerge into the limelight. Pirelli then went on to sponsor the WRC Academy, which discovered talents such as Elfyn Evans – currently a factory driver for M-Sport Ford – and Craig Breen, who is now backed by Peugeot.

On a national level, former Pirelli star drivers include the 2013 British Rally Champion, Jukka Korhonen, and Ireland’s Keith Cronin, who won the title three times, in 2009, 2010 and 2012.

McKenna, who was co-driven throughout the year by Arthur Kierans, won four rounds this season: the Jim Clark International Rally, the Scottish Rally, the Ulster Rally, and the second part of the Rally Isle of Man.

The 24-stage Manx event counted as a double-header, with two scoring opportunities and 166 competitive miles in total. McKenna’s key title rival, Osian Pryce, needed both wins to claim the title but made a mistake on SS15, which dropped him out of contention. McKenna did not have a trouble-free run either, going off the road and rolling the car on SS9, but he still managed to stay in front in the second half of the event and become only the third Irishman to clinch the coveted BRC crown, following Billy Coleman and Keith Cronin.

“It’s been pretty amazing: an incredible story to see how far we’ve come in the four years since we first took part in the British Rally Championship and an unbelievable finish to the season,” said McKenna. “So I’d like to thank Pirelli for this fantastic opportunity that was afforded to me to win the title this year: without their tremendous support I certainly wouldn’t be celebrating this championship now. It goes without saying what an honour it is to win the title, especially if you look at some of the famous names who have taken the championship before me. There are two special thanks I’d like to give. Firstly to David Greer Motorsport: it’s really down to them that we won the title at all, as when we rolled it was at more than 100mph and I thought I had blown my chance. The damage was extensive yet the team somehow managed to fix it. I’d also like to thank my co-driver Arthur, who has been spot-on with the notes all year.”

Pirelli’s motorsport operations manager, Matthew Corby, who has overseen McKenna’s programme this year, commented: “Congratulations to Daniel and Arthur for a well-deserved victory in the championship. Their abilities were obvious right from the start of the Pirelli Star Driver shoot-out last year, and they are worthy ambassadors for Pirelli, following in the footsteps of some of the great drivers who have worn our colours in the past. As the championship draws to a close, it’s also important to remember all those involved in the two tragic accidents that have marred the season. With the British Rally Championship taking a hiatus next year, this will allow time for any lessons learned to be put in place. At this point, it’s also appropriate to thank the championship promoter, Mark Taylor, for all his efforts over the years, and also David Greer Motorsport, which has run Daniel’s car so professionally this season.”

McKenna and Pirelli are next going to be seen in action together on Wales Rally GB at the end of the year, where the Irishman plans to measure himself against the top drivers in the Junior World Rally Championship, using the Italian tyres.