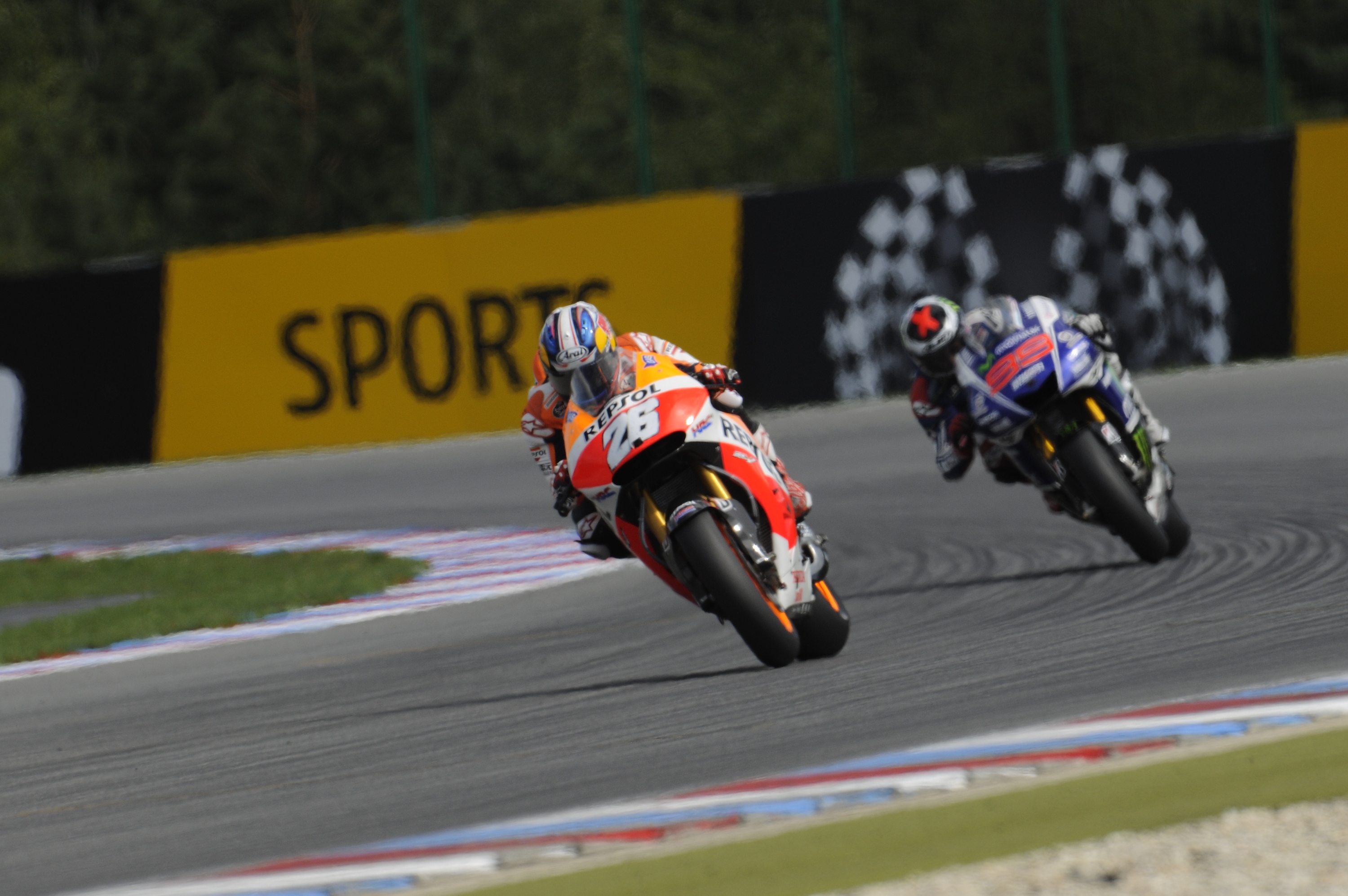 Repsol Honda’s Dani Pedrosa took his first win of the MotoGP season at Brno, setting a new circuit record lap of 1:56.027. The Czech Republic grand prix was the fastest ever race to take part at the Automotodrom Brno, with Pedrosa’s total race time being three seconds quicker than the existing record time set at last year’s GP.

Shinji Aoki – manager, Bridgestone Motorcycle Tyre Development Department said the cooler temperature had led to some riders “switching to softer slick options”, though most opted for the “combinations that they evaluated during yesterday’s race simulations.”

“Both the soft and medium compound front and rear slicks worked well,” Shinji Aoki continued, “with the different riding styles and setups utilised during the race. I am really happy with how our tyres performed at this demanding circuit as not only was there a new circuit record lap set and overall race time record, both Dani and Jorge were able to lap within the 1:56 range for the entire race which shows the very consistent performance of our tyres. After another positive weekend, our technical staff will now shift their focus to tomorrow’s MotoGP group test, the data from which will help steer development of our race tyres for the remainder of this season and the next.”