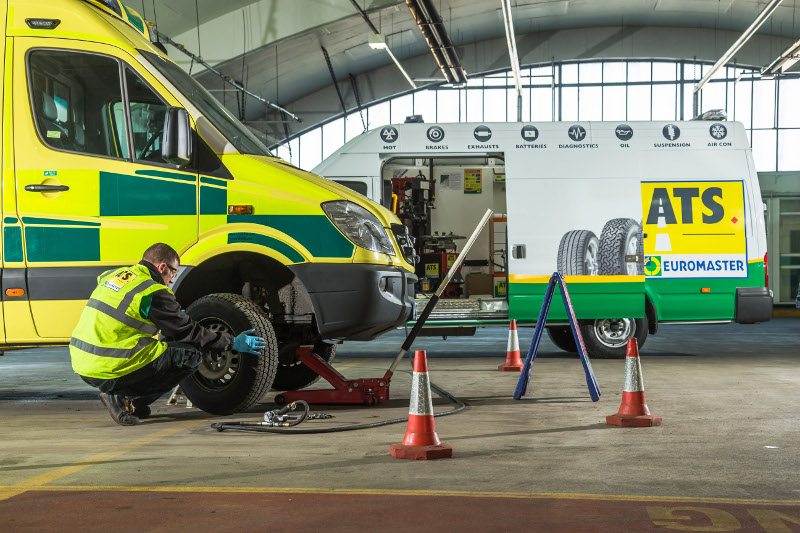 The Yorkshire Ambulance Service NHS Trust’s (YAS) has reported that it has reduced its tyre spend by approximately 20 per cent eight months after ATS Euromaster was appointed to service the Trust’s fleet. The three year deal, which was secured via the Government Procurement Service (GPS) tyre framework agreement (now part of the Crown Commercial Service), sees ATS-E’s technicians fitting Michelin tyres to the Trust’s vehicles, which include more than 280 emergency ambulances, 200 rapid response vehicles and 460 patient transport service vehicles.

ATS-E says it has worked closely with YAS to replace its existing tyres as wear dictates. The replacement Michelin fitments, backed by ATS Euromaster’s tyre management, is helping to extract the maximum mileage out of every tyre, reducing the fleet’s tyre bills.

Gary Walden, accident reduction manager at YAS, says: “Our fleet covers a vast area of almost 6,000 square miles from busy urban areas through to isolated moors and dales. Our vehicles cover thousands of miles every week, often making swift progress to patients under blue lights and sirens. As such our tyres are worked very hard and optimising our fitment and service strategy is key. By working in partnership with ATS Euromaster we’ve made great in-roads and the impact on our running costs is evident.”

The Trust handles an average of 2,180 emergency calls a day and operates from 62 ambulance stations located across the county.

As part of the new deal it has been trialling Michelin cold weather tyres on a number of its vehicles to prepare for the harsh Yorkshire winters. The contract also gives YAS access to ATS Euromaster’s 24/7 roadside rapid response service.

Walden says: “So far the tyres have performed well, but we’re looking to see how they cope in even colder conditions and how they fare as it warms up. If we see the safety benefits we expect to and no impact on handling when the weather turns, we’ll consider rolling them out across the fleet.

“ATS Euromaster understands that unplanned fleet downtime is simply not an option for an emergency service and has made the transition to a new service provider as smooth as possible. They are providing us with a great service and have been easy to do business with.”

Van and truck sales up in March