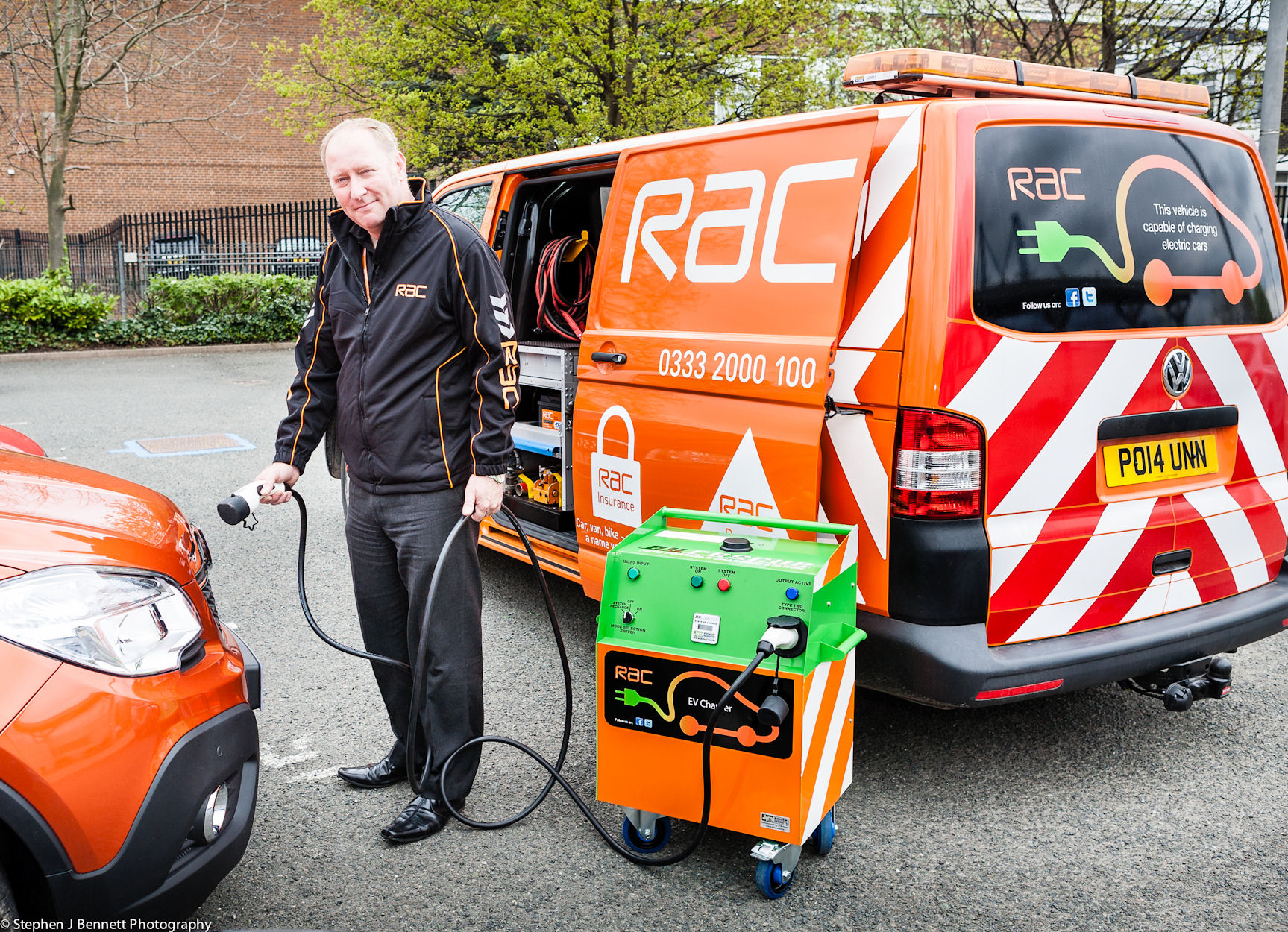 The RAC report it is launching its first mobile electric charging system at GreenFleet Scotland to cater for the UK’s expanding electric vehicle (EV) market which now consists of more than 9,000 vehicles. A standard RAC diesel VW Transporter van has been fully equipped with an Evrescue, totally portable fast charging unit which can deliver around 15 miles of range to a stricken electric vehicle in less than half an hour. Equivalent to a ‘gallon of electricity’, the RAC believes this should be sufficient to get the driver safely on their way home or to the nearest charging point.

The unique 5kW unit, which is capable of completely recharging an electric vehicle’s battery in less than four hours, is going into service in the Birmingham area as the city has a well-established progressive EV record as a result of its charging infrastructure.

UK electric car sales are currently enjoying strong growth with 265 per cent year-on-year growth in pure electric vehicles sales in the first three months of 2014 (a total of 9085 units). The launch late last year of the BMW i3 range-extended supermini electric, which has been dubbed as the world’s first premium car designed from the ground up as an electric car, has no doubt helped these figures.

RAC representatives point out that for company fleet operators electric vehicles offer many benefits, depending on their usage requirements, as they are cheaper to run than conventional vehicles, have wider tax breaks, and can be purchased with sizeable government grants.

RAC spokesman Tim Hartles said: “As the electric vehicle market develops, the need for a mobile transportable energy source is becoming more important, not only to reduce ‘range anxiety’, but also to provide temporary cost-effective power for electric cars. Whether it’s at the side of a road in an emergency, or in a car showroom, portable power that is flexible, available and mobile is very much in demand so we wanted to invest in the required technology to make sure the RAC was completely ready to meet this need.

“If this pilot scheme is successful we will look to add Evrescue charging systems to more patrol vehicles in busy urban areas just as we have done with our 10 new mobile tyre-fitting vans which have been introduced to cope with the ever-increasing ‘puncture no spare’ issue.”

The UK has more than 5,000 public car charging points – most of which take more than four hours to charge a battery. Only 220 of these, however, are fast chargers, which can fully recharge a battery in about 20 minutes.