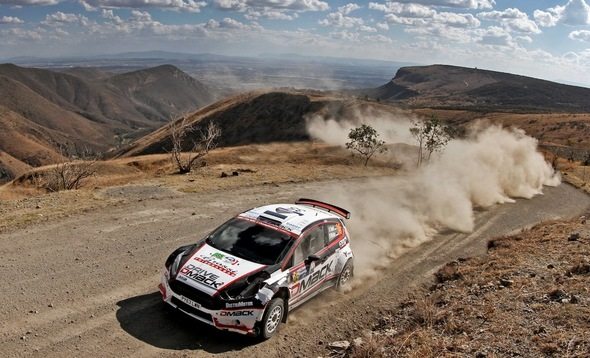 Dmack’s drivers have shown excellent pace among WRC 2 runners at Rally Guanajuato Mexico. Estonian Ott Tänak set fastest times on every stage he completed at round three of the FIA World Rally Championship, but missed out on victory after an early accident. Heading the Drive DMACK World Rally Team, Tänak set the second fastest overall time on the opening run through the Monster Street Stage in front of tens of thousands of spectators on Thursday evening.