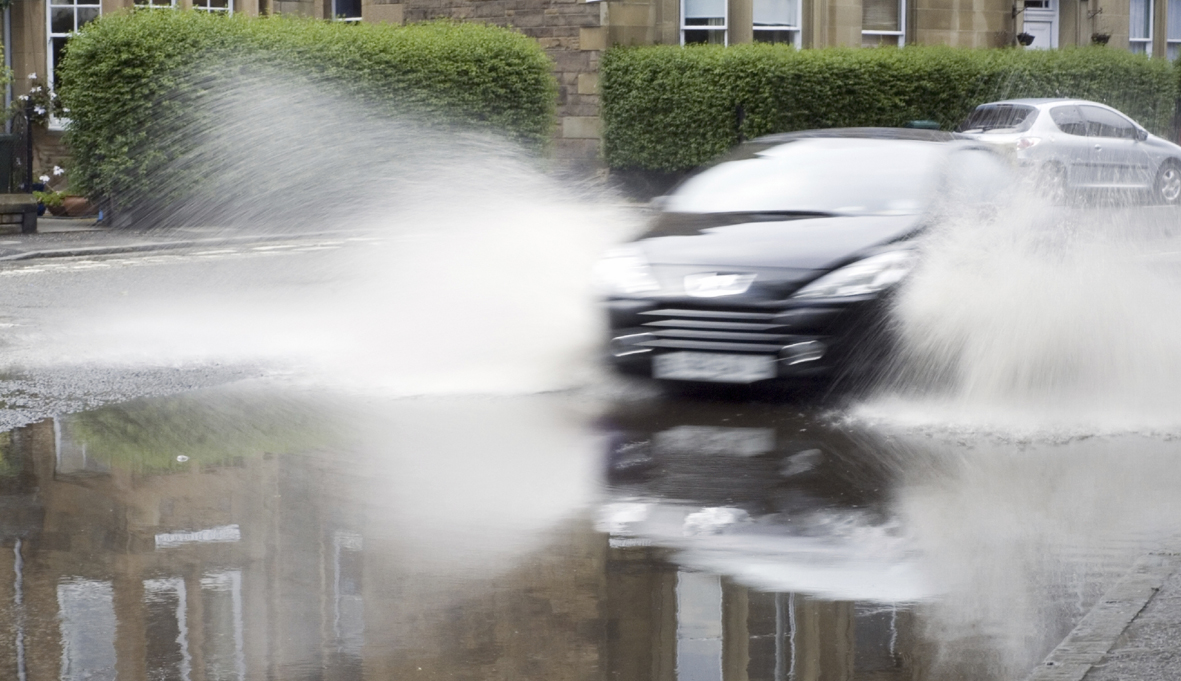 Following the worst winter storms to hit Britain for two decades, TyreSafe is reminding drivers about the need for more regular tyre checks. With its potential to cause aquaplaning, standing water remains a major hazard in many parts of the UK, while damaged road surfaces also presents a different tyre related challenge. However, by taking just a few minutes to inspect your tyres regularly, TyreSafe advises that the impact of these issues can be reduced.

“Although floods in many areas are starting to subside, motorists are still faced with a couple of serious tyre related challenges which can be minimised if they spend a few moments regularly checking their tyres,” advises TyreSafe chairman Stuart Jackson. “The checks are incredibly easy to make, but they could make the world of difference to your safety on the road.”

While driving through deep flood water has a wide range of associated risks and should be tackled with extreme caution, smaller areas of standing water may be less easy to avoid but equally dangerous.

On vehicles equipped with tyres that have insufficient or low levels of tread depth, water between the tyres and the road surface may not be removed quickly enough. This layer of water builds up in front of the tyres until the tyre loses contact with the road surface. This loss of traction, or aquaplaning, causes the wheels to slip and prevents the vehicle from responding to steering, braking or acceleration. As a result, the vehicle can lose control, starting to skid or spin dangerously.

To reduce the risk of aquaplaning, drivers are advised to check the tread depth of their tyres. New tyres often have a tread depth of around 8mm, far greater than the legal minimum requirement of 1.6mm, which makes them much more efficient at removing water and able to cope with standing water.

Any drivers unfortunate enough to suffer from aquaplaning should heed the advice of organisations such as the AA who recommend holding the steering wheel lightly and lifting off the throttle until the tyres regain grip.

Meanwhile, damaged road surfaces and potholes caused by the recent wet weather also present another significant tyre safety hazard. When tyres hit large potholes, they have the potential to be suffer internal damage which could cause the tyre to fail catastrophically, leaving the driver unable to control the vehicle.

Consequently, drivers are being advised to inspect the condition of their tyres at least once a month, and even more frequently if they know they’ve hit a pothole. In particular, drivers should look for cuts, lumps or bulges in the tyre and also check the tyre pressures regularly in case the wheel rim itself has been damaged.

“Checking your tyres may see like an unnecessary or daunting task, but in the current conditions it’s even more important than normal,” adds Jackson. “Of course, if you’re not sure what to do then simply pop into your local tyre professional who will be able to inspect things properly and advise you of any issues.”