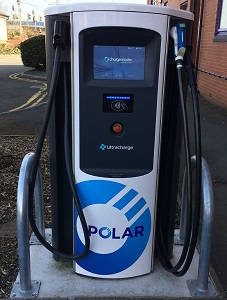 Charging an electric vehicle using a public charging point can cost almost 10 times more than charging up at home.

This is according to Britain’s new-car buying platform, What Car?

It found that drivers pay an eye-watering £45.89 to charge an Audi E-tron from 10 per cent to 80 per cent at an Ionity ultra-rapid charger. Do the same charge on a domestic charger at an average night-time energy tariff of 7p per kWh and you’ll pay just £4.66.

Using the Ionity charging network makes the E-tron even pricier to run than an equivalent diesel Audi Q7. The E-tron costs 34p per mile, while a Q7 50 TDI, which averages 27.2mpg, costs 22p per mile.

Ionity is one of a small number of extremely fast 350kW charging networks, capable of replenishing an EV’s batteries in 30-40 minutes. However, some slower public charging networks are also far pricier than charging at home. Getting the same battery boost for an E-tron at both a 50kW Shell Recharge point and a 50kW Ecotricity socket costs £25.94, although Ecotricity rates are cheaper for its home energy customers.

What Car? found that car owners who regularly need to use public charging networks could save money by signing up for a scheme with a one-off or a monthly fee because these often have a lower energy usage rate.

Consumers also need to watch out for the hidden costs of using public chargers. Some EV-charger equipped car parks in London charge £9 per hour for parking with no discount for those using the chargers, and What Car?’s research found overstay fees levied by charging networks to discourage that ranged from £10 to £21 per hour.

What Car?’s editor, Steve Huntingford, said: “Although there are still a lot of slow (3kW) public charging points that are free to use, you’ll have to pay if you want a quick energy fix. And this is where the costs can rack up if you don’t research the various networks in advance.”

Schrader to pay US$31 million for TPMS patent infringement