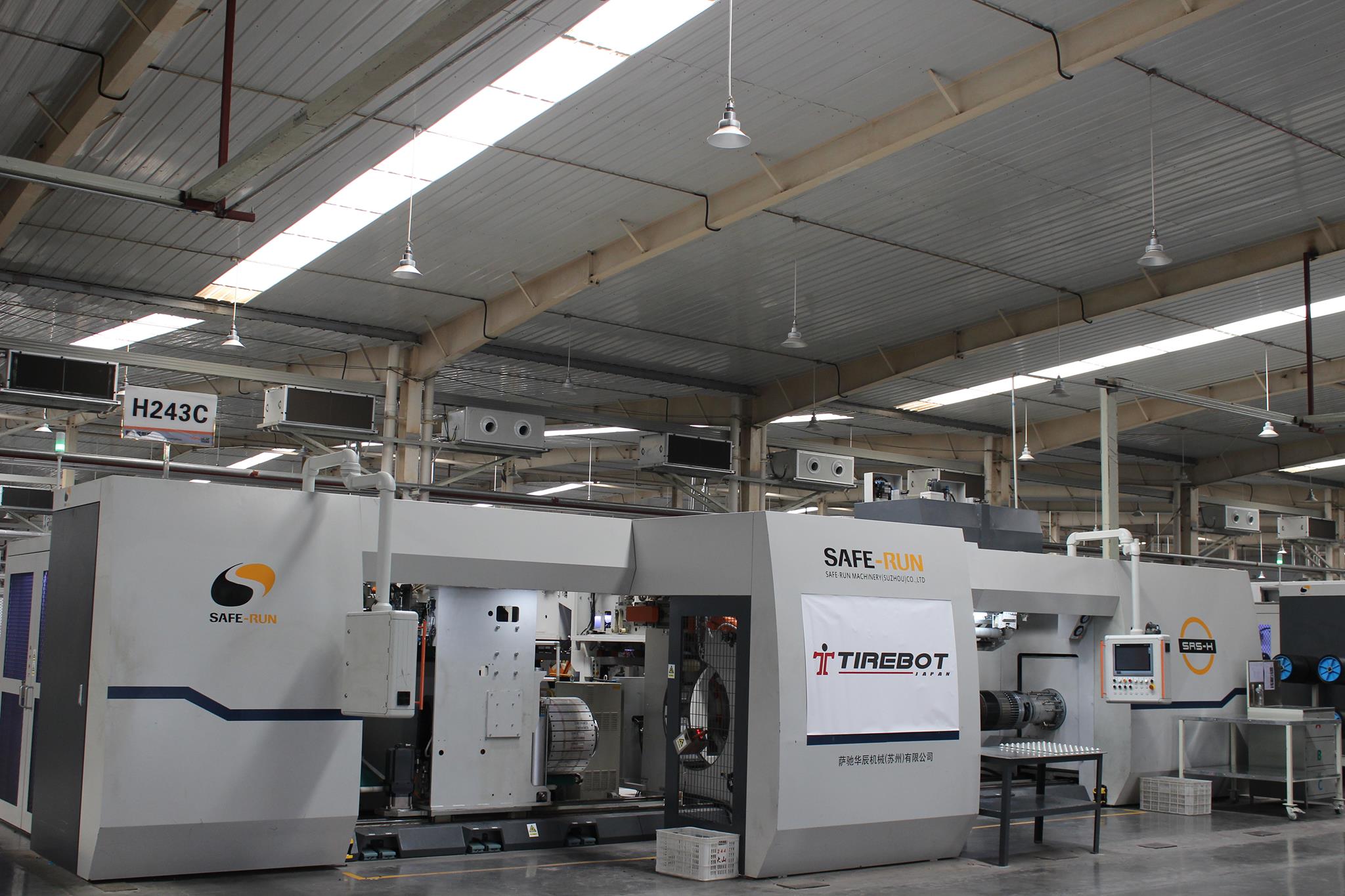 In January 2019, construction of the United Arab Emirates’ (UAE) first tyre plant began. Now, the best part of a year later, sources operating in the Middle East and Africa region report that the Roadbot factory, which is being built in KIZAD’s China-UAE Industrial Capacity Cooperation Demonstration Zone by Tirebot, is nearing the completion of its initial stage of development. During the ground-breaking of the plant in January, company representatives said the factory would become operational in October 2020. As much as US$600 million is reportedly being invested in the project.

The 2.2 square kilometre Demonstration Zone is being developed by Jiangsu Provincial Overseas Cooperation and Investment Company (JOCIC). Roadbot was the the first Chinese firm to set up there since JOCIC and Abu Dhabi Ports signed a 50-year agreement in 2017. The Roadboat project was launched in 2018 when Chinese president Xi Jinping visited the UAE.

According to the company, the factory will be spread over 275,000 square metres and will have an initial annual production capacity of 3 million Passenger Car Radial (PCR) tyres and one million Truck and Bus Radial (TBR) tyres. Production of PCR tyres will increase to 10 million annually by 2022. Local news sources reported that the Roadbot tyre production plant project is expected to play a major role in the UAE’s economic diversification and sustainability plans. Specifically, it is estimated to create up to 1,200 new jobs.

At the time of the groundbreaking, Roadbot chairwoman Zhang Yingzi said: “The Roadbot Abu Dhabi tyre project is the result of close cooperation between the UAE and Chinese governments. It is an important part of the Belt and Road Initiative and a crystallisation of multiculturalism, based on the principle of achieving shared growth through discussion and collaboration. We are deeply honoured to be playing a part in the economic transformation in Abu Dhabi.”

Captain Mohamed Juma Al Shamisi, CEO of Abu Dhabi Ports commented: “Roadbot will connect Abu Dhabi to global and regional automotive manufacturing demand; joining over 19 Chinese companies that have signed agreements to invest over $1 billion in the demonstration zone established within the KIZAD. These companies have identified the value proposition that helped put Abu Dhabi Ports and KIZAD on the global trade map, especially in the context of the China’s Belt and Road Initiative.”

The Tirebot brand was established in 2014 as a trademark of Japan Toyomoto Tire Corporation for certain designated markets, when it was planning to upgrade the production facilities by introduction of robots or robot-arms in its China and specifically Shanghai manufacturing facilities. SRS-H tyre building machines developed by Safe-run Group started serving in the production line in 2016. This kind of machine is said to be able to manufacture 1500 tyres per day, almost twice the output of normal machines. Specifically, the Tirebot name is a reflection of the fusion of the tyres and robot and was designed and registered as a trademark in Mito, Ibaraki, Japan.

Tirebot is also the name given to the robot mascot of Japan Toyomoto Tire Corp. According to the company, “the anthropomorphism of the mascot represents a transformer, a fighter or a warrior that can be traced back to Mr. Mori Toyomoto, the cultural root of the company.”

The Tirebot brand was launched into global markets at the Asia Tyre Expo in Singapore in March 2015. Manufacturing of car tyres began in 2015 and the range has since been extended to include SUV, UHP, light truck and truck tyres.

Toyomoto currently makes car, SUV, UHP, light truck and truck tyres under the Tirebot brand name. In time, the Roadbot plant is expected to do the same