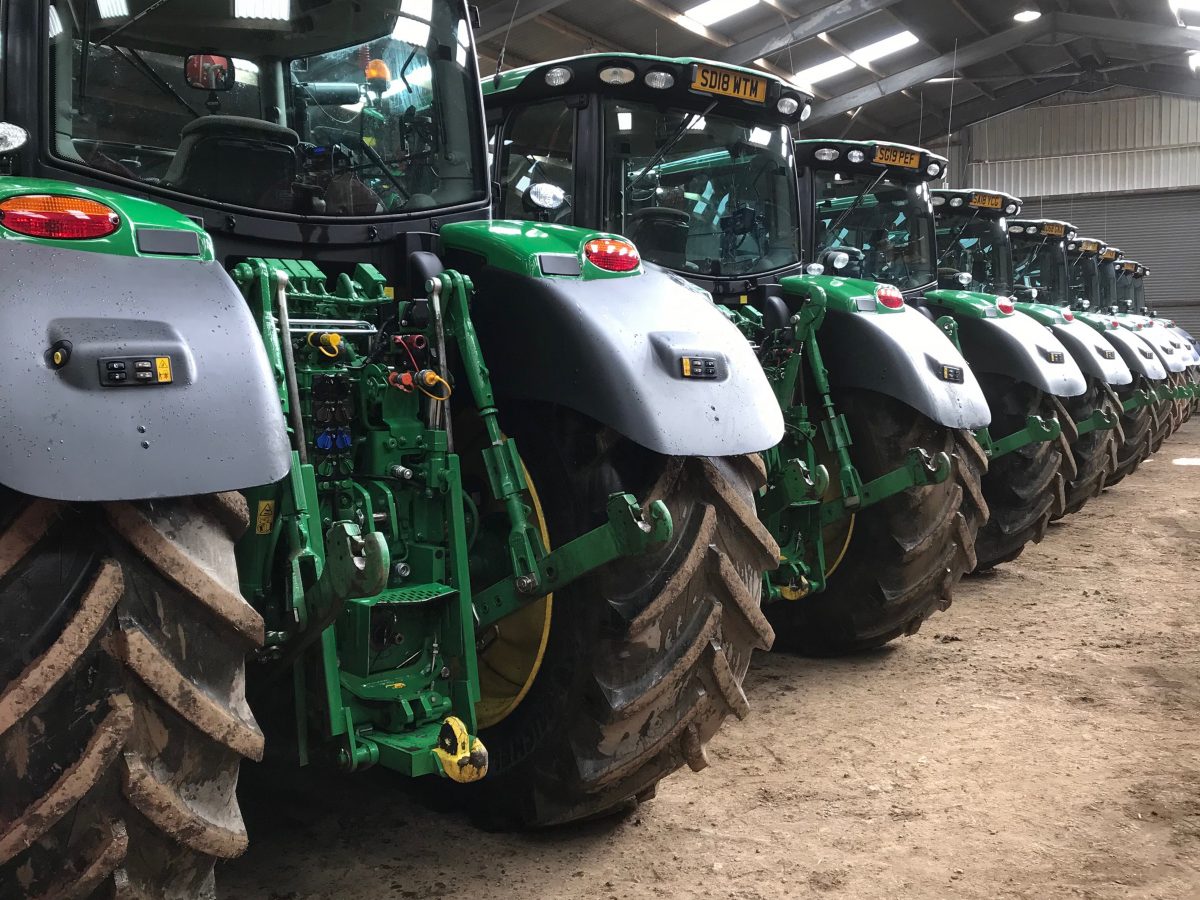 RG Contracting plans to move its entire fleet onto Michelin XeoBib agricultural tyres. The Scottish farming business specified the fitments on nine new John Deere tractors, and has been pleased with the results.

RG Contracting transfers heavy silage and slurry machinery from its Port William base, in Dumfries and Galloway, to sites as far north as Angus and Fife – around 200 miles away. Looking for a tyre that was both durable on the road and effective in the field, owner Russell Gaw specified the Michelin Ultraflex Technology tyres on nine new John Deere 6145R, 6175R and 6195R tractors – selecting 710/60 R42 and 600/60 R30 XeoBib fitments recommended by dealer J&S Montgomery.

“The tyres have been very good since day one,” says Gaw. “We do a lot of road work and obviously we’re out in the field a lot as well and they have been excellent for both aspects of our operation.

“It’s the reliability of the tyre that we’re looking for when we’re out on the road, because we’re pulling slurry tankers and heavy machinery over big distances. They’ve got to have strong sidewalls to stand up to any potential damage and these do the job very well indeed.”

The XeoBib range, specifically designed for tractors between 120hp and 220hp, benefits from a large footprint which helps to reduce soil compaction, reducing rut formation. The tyre is also more fuel- and time-efficient, reducing slippage to ensure more traction on soft ground than conventional tyres. On the road, the XeoBib significantly reduces vibrations, offering farmers greater precision and a more comfortable ride as well as impressive durability.

The performance of the tyres on the nine tractors persuaded Gaw to transfer his entire 16-strong tractor fleet to the Michelin XeoBib range. “Currently we use a variety of different tyre brands, but we will make sure we get XeoBib tyres on all of the remaining tractors as well. They have lasted and performed so much better than the rest,” he adds.

RG Contracting offers a wide range of services – including silage operations, crop and maize, slurry work, ploughing and muck spreading – to farmers and landowners throughout Scotland.