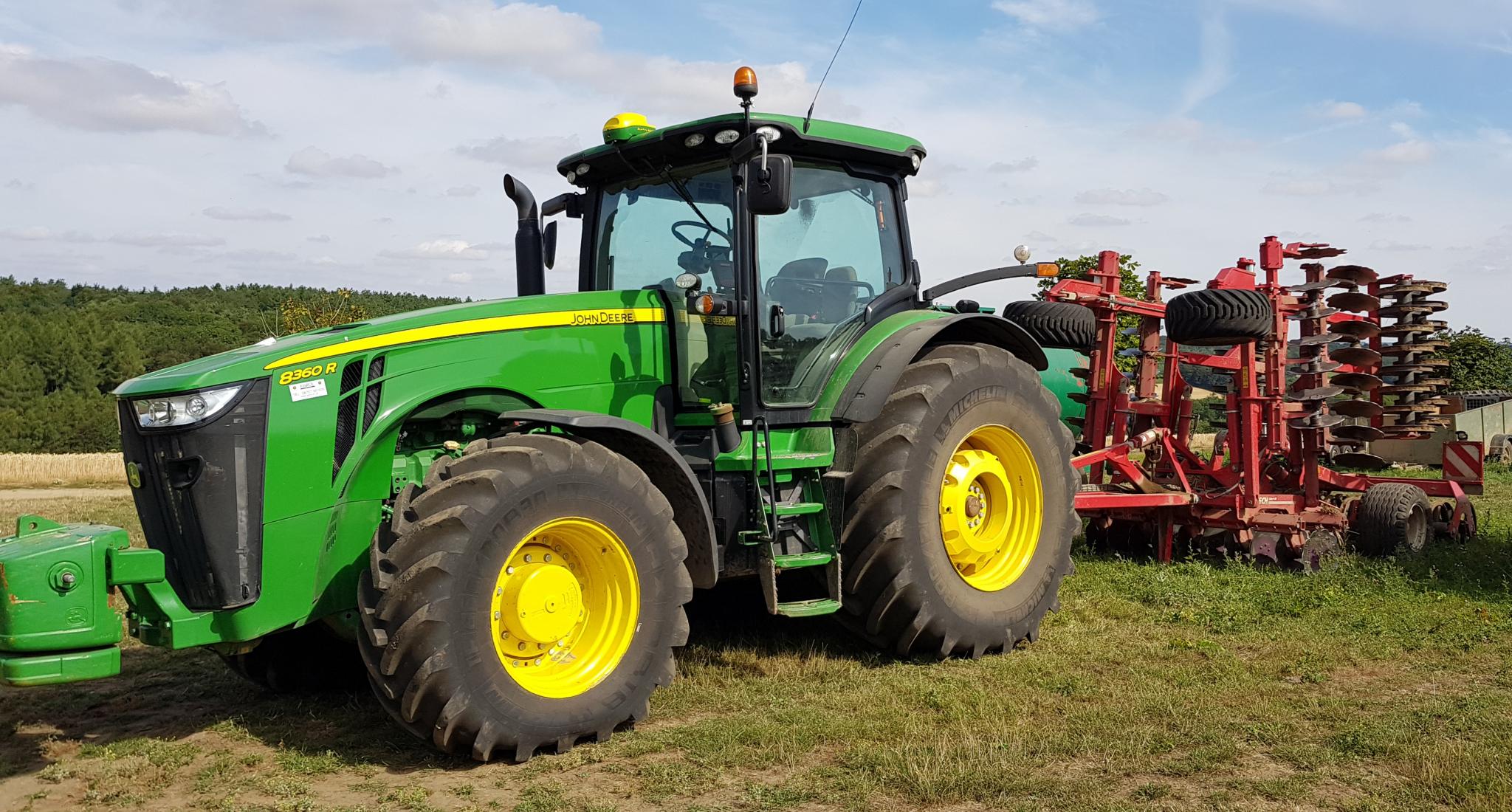 Kensham Farms has specified its second set of Michelin AxioBib tyres after its first fitments demonstrated exceptional grip and robustness on the farm's challenging terrain.

Chiltern-based Kensham Farms specified a second set of Michelin AxioBib tractor tyres after a first set showed grip and longevity above expectations. The first set of IF 600/70 R30 and IF 800/70 R38 tyres were fitted as original equipment on a John Deere 8360R tractor purchased as new in 2013. They returned more than 3,000 hours of work over five years on Kensham Farms’ high horsepower heavy cultivations tractor, pulling a variety of equipment including a four-metre Sumo cultivator, a six-metre Horsch Joker cultivator and eight-metre Horsch Pronto seed drill and a seven-furrow on land fully-mounted plough.

Charlie Edgley, managing partner at Kensham Farms, says: “We experienced exceptional grip from our first set and have never seen a set of tyres last this long. We have many steep fields and our abrasive soils have a lot of flint, so wear and robustness are extremely important.

“We’ve used a mixture of Michelin and competitor tyres for 10 years. But after seeing the performance of the AxioBibs on our challenging terrain, we will be sticking to just Michelins for the foreseeable future.”

The tyres can operate at low pressures with Michelin’s patented Ultraflex technology. This allows them to carry the same load at lower pressures, or heavier loads at the same pressure, in comparison with conventional agricultural tyres. Edgley adds: “The performance features of the AxioBibs were really important for us as we wanted lower compaction when drilling and more weight carrying capability at a lower tyre pressure due to the farming work we specialise in.”

The replacement tyres were supplied and fitted by Michelin Exelagri dealer Farol Tyres at Milton Common, Oxfordshire. Tom Gerring, group tyre manager at Farol Tyres, says: “We’re proud to be part of the Michelin Exelagri network. It gives our customers, like Kensham Farms, the reassurance that they are dealing with agricultural tyre experts.”