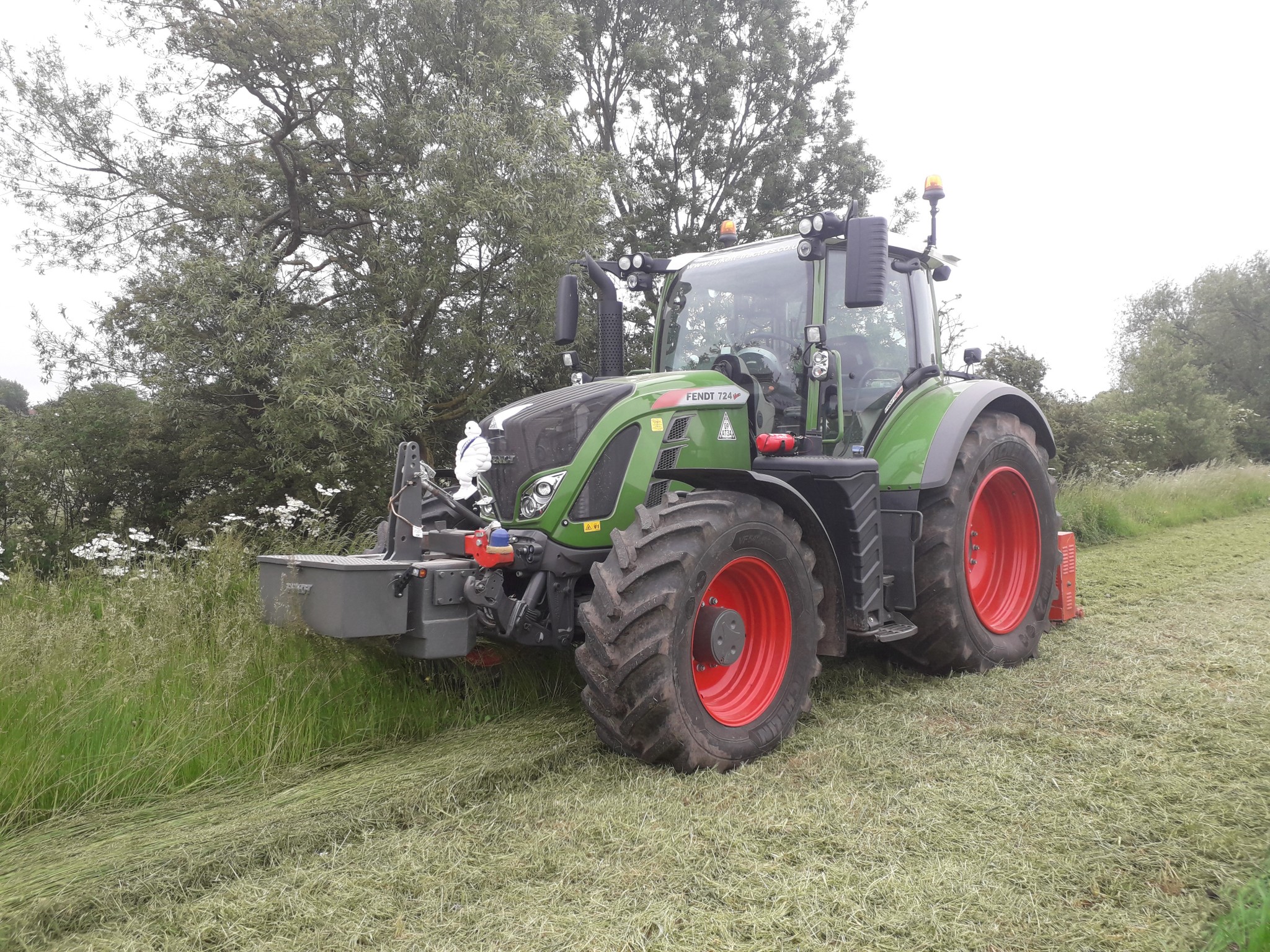 Britain’s first farmer to specify a tractor on Michelin’s new AxioBib 2 tyres states that he is “noticing the benefits” of the Ultraflex technology fitments after 300 hours of operation. Michelin Exelagri dealer Tanvic Tyre and Service Centre in Newark fit Sherwood Farms’ Fendt 724 with AxioBib 2s to help improve efficiency and increase soil protection.

James Parker, director at Sherwood Farms in Melton Mowbray, Leicestershire, states: “Spreading fertiliser and muck puts a very heavy load on the rear axle, so we’ve been able to take advantage of the load-rating being much higher on these tyres. The AxioBib 2s have made light work of these tasks – limiting soil compaction thanks to their wide footprint and pressures of just 0.75 bar on the fronts and 1.0 bar on the rears.”

Working on an arable farm that produces wheat, barley and oilseed rape, Parker’s tractor is chiefly used for spreading fertiliser and muck in the spring, and corn carting, drilling and hedge-cutting in the autumn. The latest fitments were recently put to work fertilising the land and so far, the team at Sherwood Farm are impressed.

Commenting on his tyre policy, he adds: “I’m always prepared to spend more on better quality tyres because it ultimately saves money and hassle in the long run, which is why I opted for the AxioBib 2s. My instinct is to go for the best tyres out there – and nobody comes close to Michelin in that sense.”

Paul Green, who operates the Fendt 724 at Sherwood Farms, says: “I’ve done about 300 hours on the tyres so far and I’ve been really impressed, particularly with how quiet they are and the smooth ride on the road. These things make a real difference when you’re in the cab all day.”

Also suited for daily tasks such as ploughing, drilling and cultivation, Michelin’s new AxioBib 2 tyres can run at extremely low pressures to limit soil compaction and crop damage and boast the highest load capacity on the VF 650/65 R42 174D/171E market – providing exceptional traction for heavy machinery such as the 240hp Fendt.

Designed for 160hp to 320hp tractors, the AxioBib 2 has enabled Michelin to offer a patented Ultraflex technology tyre for all high-horsepower tractors – bridging the gap between the existing XeoBib (80hp – 220hp, subject to usage) and AxioBib (300+hp) ranges.

Each VF 650/65 R42 AxioBib 2 tyre can carry an extra 2,450kg at 65kph than the same size Michelin MultiBib tyre, making it particularly desirable given the increasing weight of new farm machinery. The tyres also stand out for their Narrow Rim Option (NRO) markings on the sidewall, which confirm their higher load capacity without the need for farmers to upgrade to wider wheel rims, Michelin explains.

A ‘time machine’ in the new Liqui Moly garage calendar