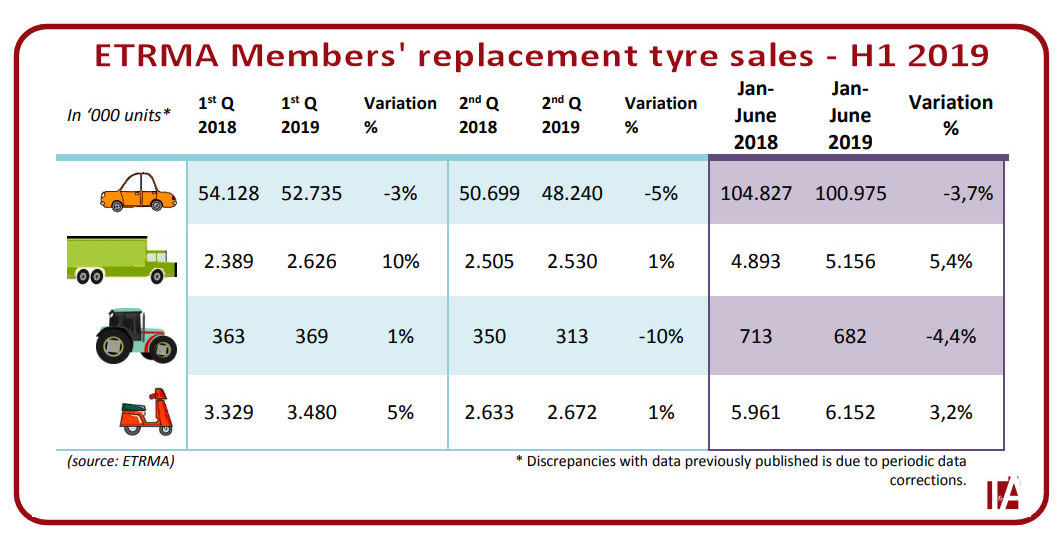 The European Tyre and Rubber Manufacturers’ Association has reported its member’s European replacement market sales volumes for the first half of 2019, and the figures show mixed results compared with those from last year.

Passenger car tyre replacement sales continued to decrease in the second quarter, falling 5.4 per cent to 48.24 million tyres. Sales volumes fell 3.7 per cent year-on-year in the first half, with ETRMA members selling 100.98 million replacement tyres in the six months until 30 June 2019.

Motorcycle tyres showed an increase of 1.5 per cent for the second quarter, to 2.67 million units. Growth amounted to 3.2 per cent in the first half, with 6.15 million replacement motorcycle tyres sold.