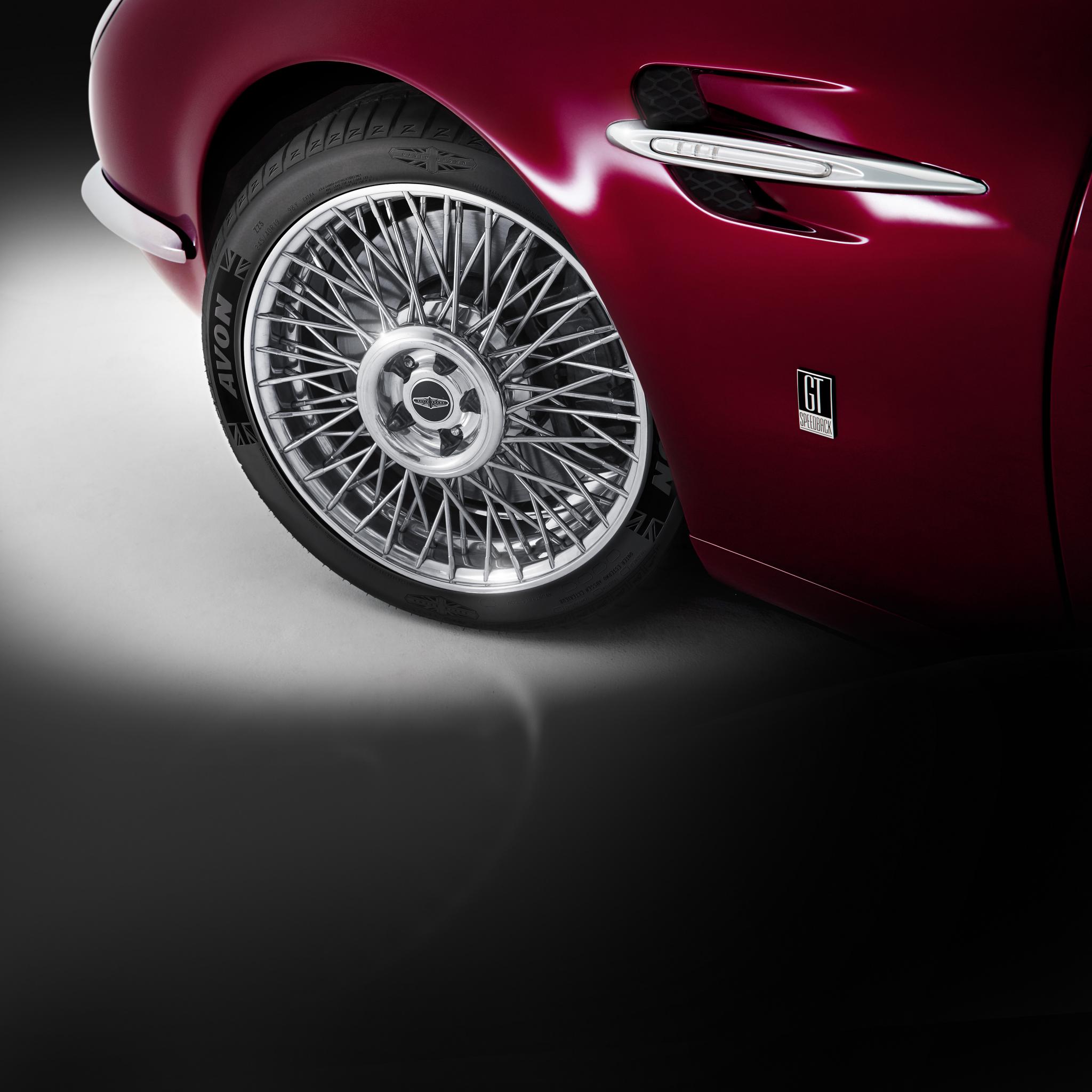 The David Brown Automotive Speedback GT is equipped with the Avon ZZ5 245/40R19 front and 275/35R19 rear. The manufacturer worked with David Brown Automotive to develop a set of specially made, custom-branded tyres for the 19” wire wheel option of Speedback GT. These tyres feature an improved and adapted sidewall to best suit the wire wheel option. They are on show for the first time at Geneva on stand 2142 in Hall 2.

David Brown Automotive sales & marketing director, Michelle Gay, said, “It’s been a pleasure working such an innovative brand as Avon Tyres to develop a bespoke tyre for our popular 19” wire wheel option for Speedback GT. They have gone above and beyond to fulfil our requirements and we are delighted with the finished result.”

Speedback GT is a fully engineered, proven and coachbuilt Grand Tourer. It takes its inspiration from the icons of the 1960s and is hand-built by artisan craftsmen and skilled technicians in Great Britain. A responsive and acclaimed five-litre, V8 supercharged engine provides the perfect balance between horsepower and torque.

Established in 1909 by H.F.S. Morgan with the design of the now iconic Morgan 3 Wheeler, the famous Morgan Motor Company is celebrating its 110th anniversary of producing hand-built British sportscars by unveiling the all-new Plus Six sports car at Geneva on stand 6260 in Hall 6. This car will be the most dynamically capable production Morgan ever and will be fitted with the Avon ZZ5. Avon’s relationship with Morgan started more than 50 years ago.

The Avon ZZ5 was developed and tested on European roads and race tracks for supreme handling and is designed to achieve maximum grip, when it is needed. The ZZ5 is A-rated for wet grip and delivers all the attributes an enthusiast driver demands.

The new Morgan Plus Six also runs on the Avon ZZ5

The new Morgan Plus Six also runs on the Avon ZZ5