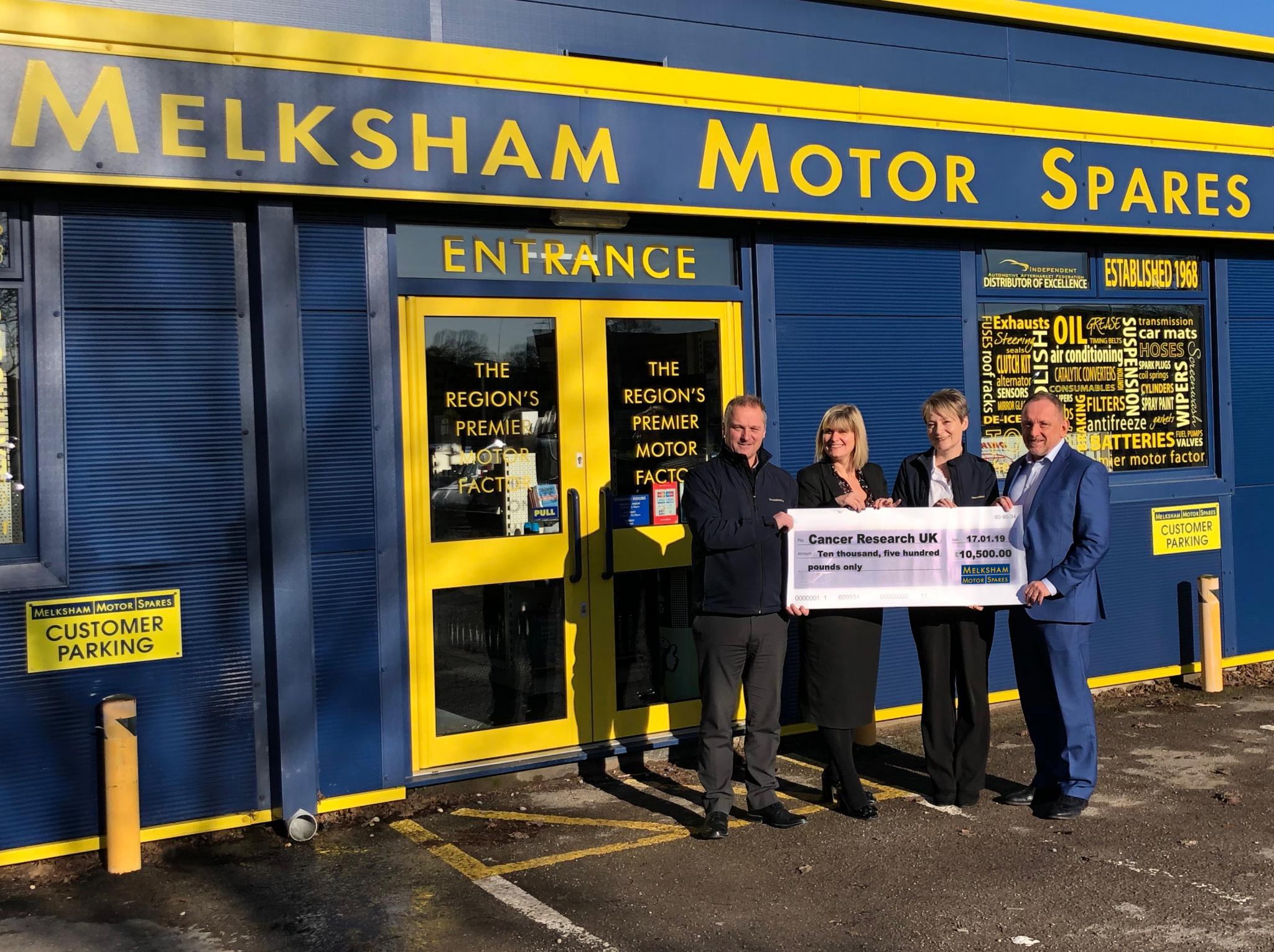 Melksham Motor Spares, one of the South West’s largest independent motor factors, has announced the grand total of its 50th Anniversary fundraising campaign is £17,500. The company, established in Melksham in 1968, wanted to put fundraising at the heart of its 2018 anniversary celebrations to help mark its milestone birthday.

Finance director, Alison Cook, explained the company’s fundraising efforts; “We were very proud to have reached our 50th year and wanted to honour the memory of our founders, Bryan and Mary Mattock, who both sadly passed away in 2013 from cancer. We felt fundraising for Cancer Research UK would be a fitting tribute, in our 50th year, to their lifetime’s work and dedication, which built the foundations of our success. We also had several staff members diagnosed with cancer in 2017, which was been a timely reminder of how cancer touches so many of our lives. Survival rates are increasing and progress is being made, so hopefully our fundraising will have gone a little way to helping with this ongoing research.”

In addition to this, a year-long campaign of fundraising events for Cancer Research UK by staff, plus a generous personal donation from the directors, raised a further £10,000. Events included employee’s individual efforts such as running the Lacock half marathon and the Color Obstacle Rush run, as well as group fundraisers such as a 50-mile sponsored cycle ride, charity cycling event at Castle Combe Race Circuit, ‘Football shirt Friday’ a ‘no swearing day’, charity walk, quiz night and their annual Christmas Jumper Day. This combined with the £500 from the trade show charity raffle brought the grand total for CRUK to a fantastic £10,500.

The company is no stranger to fundraising; in 2015, it spent a year fundraising for Dorothy House and raised more than £6500. Phil Dodd, managing director said “We had very much hoped to replicate the previous success of our fundraising efforts during 2018, to have exceeded them by such a large amount is just fantastic! We are incredibly fortunate to have an amazing team of staff, brilliant customers and suppliers who support us and embraced our efforts again, we cannot thank them all enough. It was important to us as a company to be able to ‘give something back’ and we are very proud to have achieved so much during our anniversary year and raised such a substantial amount for so many worthy causes.”