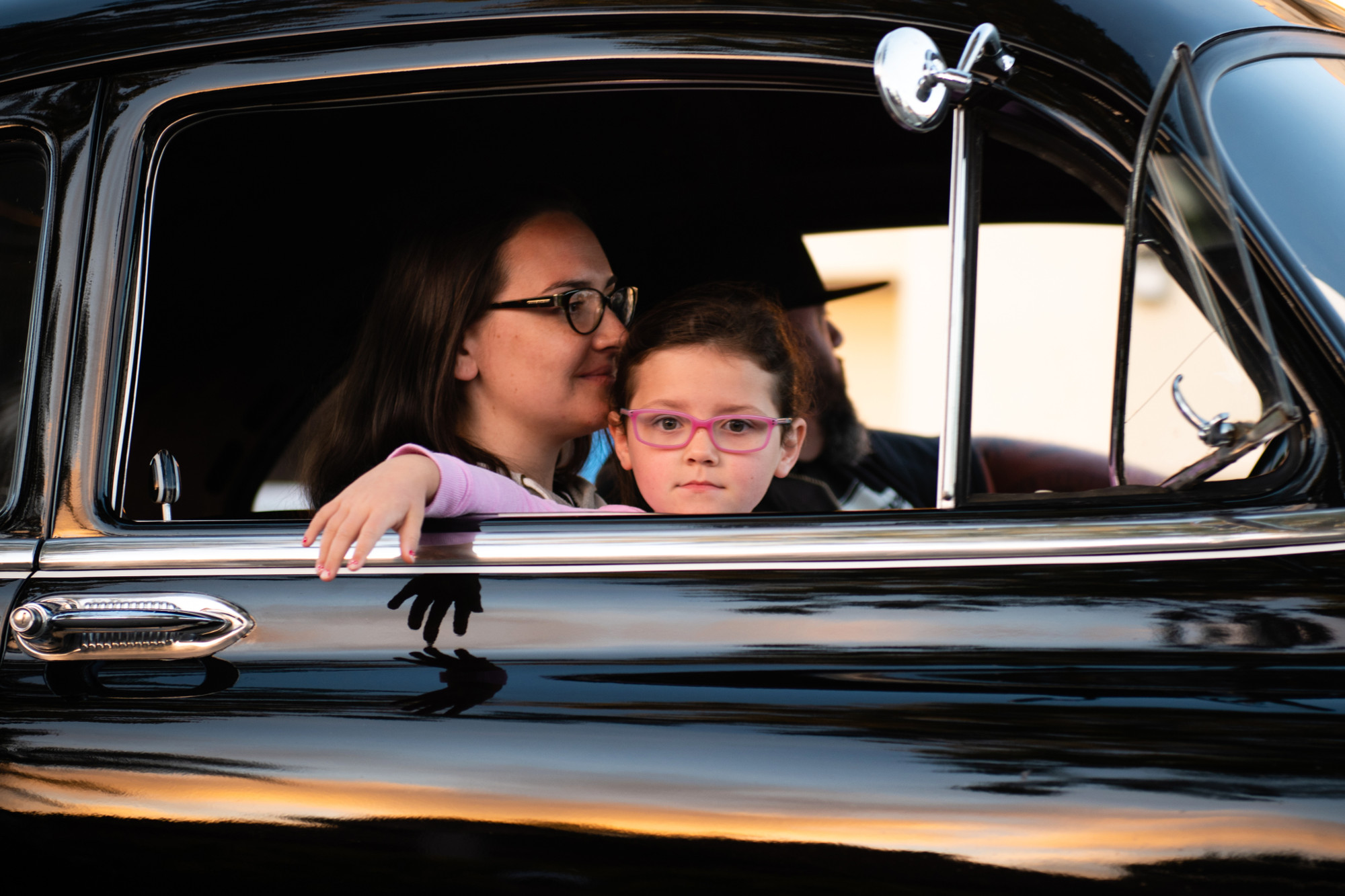 Three loo stops, two bouts of tears, 11 cries of ‘’are we nearly there yet?’’, one cry of “I feel sick” – and getting lost twice are all part and parcel of the average family car journey, according to a new survey. Researchers surveyed 5,000 British families on their summer getaways and found the typical road trip to a holiday destination in the UK or the continent includes five rounds of eye-spy, six snacks and four family sing-alongs.

However, as anyone who has even been on a long, hot family car journey will testify, our annual road trips are not always harmonious.

We will take two wrong turns, have three arguments over what music should be played and endure three instances of someone being a ‘back-seat driver’.

3 instances of someone shouting at the Sat Nav

2 stops for food and drink

3 family debates over what music is played

1 stop at a tourist attraction

The poll by webuyanycar.com found the average family car journey to a holiday destination will take a painstaking seven hours, with Cornwall, Devon and the Lake District being the most popular parts of the UK to head to.

According to the poll, almost 40 per cent of respondents said they find driving to a holiday destination incredibly stressful, with one in four having broken down once this summer and 62 per cent of us getting stuck in Bank Holiday traffic jams.

Richard Evans, head of technical services at webuyanycar.com, said: “We can all relate to this research. Even the cheeriest of families will have experienced stressful car journeys, whether it’s getting caught in long, motorway delays or the children playing up in the back.

‘’It’s clear from the survey that we all look for a little help when trying to make family road trips run smoothly, whether it’s an iPad or DVD player to keep the little ones quiet or a SAT NAV to put us back on track after a wrong turn.’’

He added: ‘’At webuyanycar.com we like to make life as stress free as possible, that’s why we offer motorists a hassle free, quick way to sell their car.’’

‘’Motoring can come with a number of stresses but selling your car doesn’t need to be one of them.’’

Not surprisingly, the typical family will get completely lost twice and will hand out snacks and drinks six times, in addition to two pit stops for food and drinks.

One of the kids will feel sick or actually be sick and whoever is behind the wheel will shout at another motorist at least three times.

In order to get some peace and quiet, 85 per cent of the parents polled let their children play on iPads or tablets during long car journeys, with half of parents admitting they don’t set time limits for children to play on their devices.

23 per cent of parents have even had DVD players installed in the back of their car to keep their offspring entertained.

Ed Sheeran was the most popular music artist for families to play in the car in order to pass the time, followed by Adele and Coldplay.

But an old school 25 per cent of holidaymakers stick on The Beatles to have a sing-along to and one in ten favour the dulcet tones of One Direction.

Thankfully, nine out of 10 British motorists are confident that their car will make it to their holiday destination with no problems

And over half (55 per cent) of UK motorists said they would never consider catching public transport to a holiday destination.

And in spite of the stresses, 56 per cent said there’s part of them that looks forward to a family road-trip, stating that it’s all part and parcel of a family holiday.