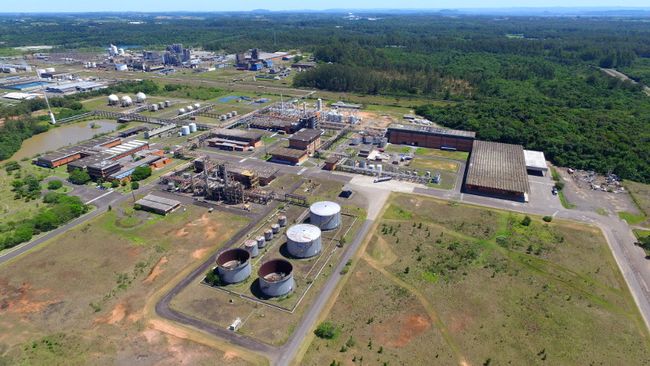 Over the next three years, Arlanxeo will invest “mid double-digit million” euros to modernize its production sites in Triunfo, Brazil and La Wantzenau, France.

Over the next three years, Arlanxeo will invest “mid double-digit million” euros to modernize its production sites in Triunfo, Brazil and La Wantzenau, France.

“With this investment programme, we are laying a foundation for the company’s further profitable growth,” said Jorge Nogueira, Arlanxeo CEO. “In this context, we are systematically implementing advanced technologies for growing high performance rubber grades in order to support the development of our customers in important regions over the long term,” he explained further. The program will be financed by Arlanxeo’s own cash flow.

In Brazil Arlanxeo is investing in its facility in Triunfo, Rio Grande do Sul, to make the production of polybutadiene rubber (PBR) more flexible. Currently emulsion styrene-butadiene rubber (E-SBR), which is mainly used in car and truck tyres, is produced there. As a result of the upgrade, the company will also be able to produce the more advanced PBR types Nd-BR (neodymium butadiene rubber) and lithium butadiene rubber (Li-BR) for tyre and non-tyre applications in Triunfo in the second half of 2020. This follows the growing need of the local tyre manufacturers for high performance tyres.

At the same time, Arlanxeo is relocating part of its existing E-SBR production in Triunfo to its facility in Duque de Caxias, Rio de Janeiro, where E-SBR is already produced. This should allow for better economics going forward.

“This investment highlights our commitment to Brazil and the long-term importance of the Brazilian market for our high-performance rubbers, especially in the tire segment,” said Matthias Gotta, Head of Arlanxeo’s Tire & Specialty Rubbers business unit (BU TSR). “We want to support our local customers with the innovative technologies that will make tires, and as a result, transportation safer, more environmentally friendly, and thus more sustainable,” he added.

Demand in Brazil for high-performance rubbers for tyres continues to grow, supported by the tyre labelling regulation, similar to laws that are already in place in the European Union, Japan, and South Korea. All new tyres produced in Brazil must be rated with respect to their rolling resistance, grip on wet track, and external noise. The use of Nd-BR in tyres significantly improves tyre performance, resulting in lower fuel consumption and better wet grip, among other benefits.

Polybutadiene rubbers under the Arlanxeo brand name Buna are primarily used in the tread and sidewalls of tyres. In addition to tyres, they are also used to modify plastics in the production of HIPS (high impact polystyrene) for injection moulding applications. Other areas of application include golf balls, running shoes, and conveyor belts.

“This investment lays the foundation for further targeted growth of our NBR specialty rubber grades as an important part of our rubber portfolio,” says Christian Widdershoven, member of the Managing Board at ARLANXEO and Head of the High Performance Elastomers business unit. “This enables us to strengthen and secure our position as a leading global supplier of NBR rubbers for the long term,” Widdershoven adds.

ARLANXEO expects global demand for high-quality NBR rubbers to increase in the coming years. The focus here is on growth in traditional business areas and new applications, some of which have been developed with customers, but also the use of NBR as a raw material for the production of the company’s Therban (HNBR) specialty products.