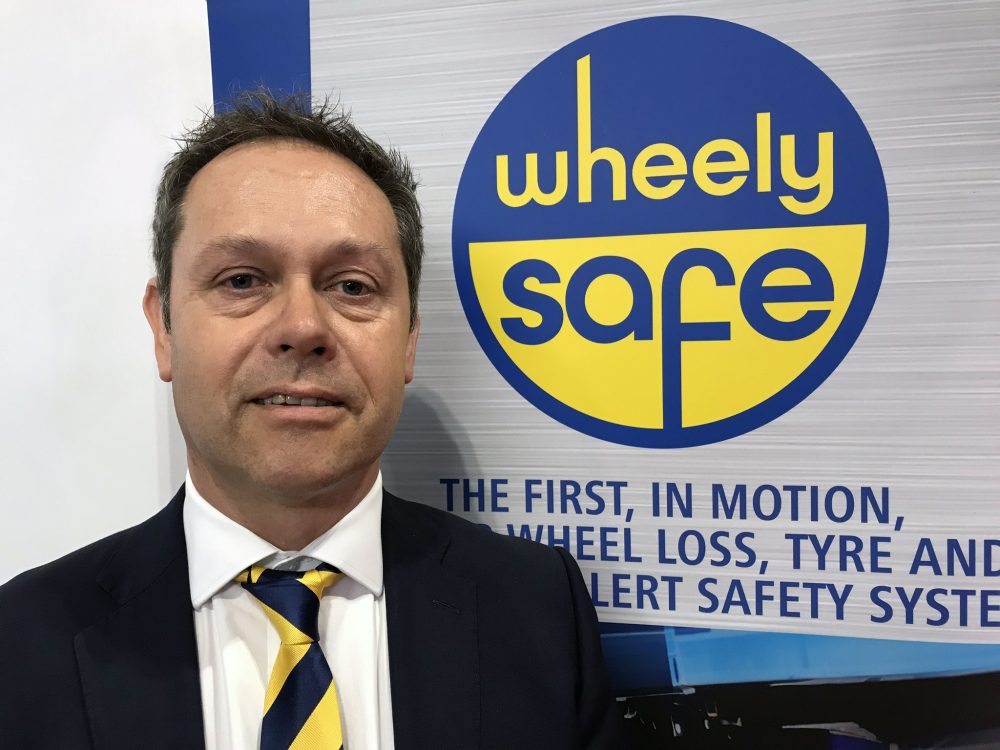 This sees Steve Jackson, 53, appointed managing director – bringing a wealth of expertise gained through 12 years at Wrightbus, most recently as head of UK sales. Prior to his career at Wrightbus, he spent five years as rental and sales manager for Dawson Rentals.

Commenting on the new role, Jackson says: “When I first saw the products demonstrated I was absolutely convinced they’d make a difference and I wanted to be part of the team.

“Wheel loss and under-inflation are major issues for fleets globally; yet here is a company with first-class technical expertise developing a simple, intuitive, low cost, and extremely effective system which solves these problems once and for all.” Wheely Safe has also promoted Andy Congrave, 56, to the new role of sales director, after nearly two years with the business. He joined the firm in September 2016 as sales manager and was initially focused on the firm’s retail product, Fit2Go, which has seen the company become an official global licensee of Michelin.

Congrave benefits from extensive industry knowledge after four years at Volant Commercials, initially as sales manager from 2012 to 2014, and then for two years as general manager. Prior to Volant he held sales manager roles at MCV Bus and Coach between 2010 and 2012, and at Wrightbus between 2006 and 2010. He previously worked as a service support manager for Travel West Midlands for seven years.

Congrave says: “We see huge potential for Wheely Safe products in both the UK and globally, as wheel and tyre security issues affect us all. The fact we’ve been made an official global licensee of Michelin speaks volumes for the technology we have to offer.”

During 2018 Wheely Safe will roll-out its full range of products, which will include technology to alert drivers and operators to potential wheel loss situations on heavy commercial vehicles, including plant and trailers. Wheely Safe will also be launching tyre pressure monitoring, pressure checking and brake temperature sensing systems for passenger car and both light and heavy commercial vehicle fleets.